PepsiCo has pulled the plug on a major marketing campaign featuring celebrity Kendall Jenner following a hailstorm of criticism about one of its ads, which was accused of inappropriately co-opting the Black Lives Matter movement for commercial gain, according to AdAge. The company also issued an apology.

The “Moments” campaign was designed to celebrate “‘live for now’ moments… when we decide to let go, choose to act, follow our passion and nothing holds us back,” according to a release from PepsiCo. The campaign’s first ad was “Jump In,” a short film that starred Jenner and was described as one that “captures the spirit and actions of those people that jump in to every moment.” It depicts Jenner taking part in an outdoor photo shoot when she notices a nearby protest, which she eventually joins. In the climactic scene, Jenner hands an onlooking police officer a can of Pepsi, which he happily accepts. 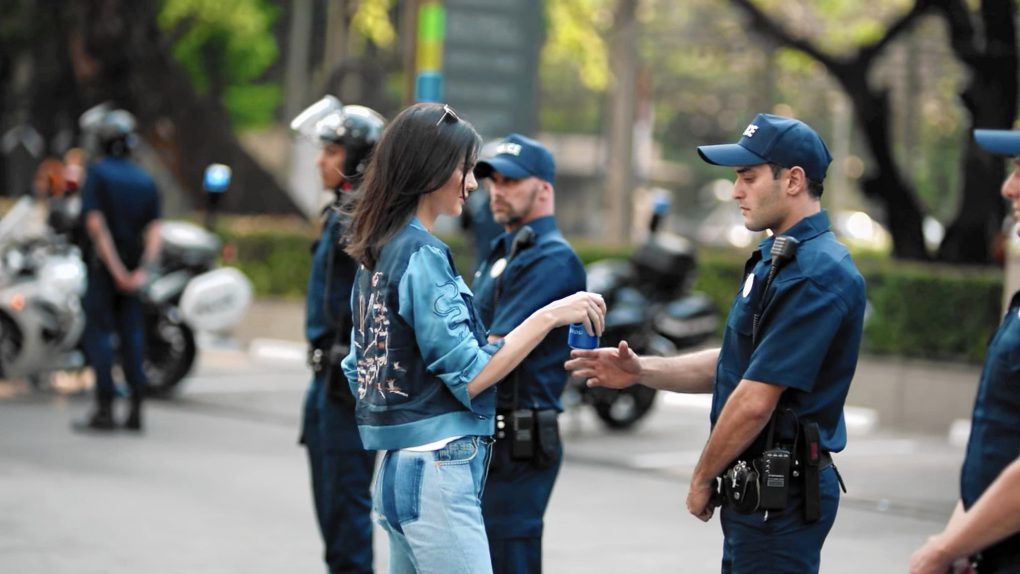 The ad was met with swift criticism, with many calling it “tone-deaf” and accusing PepsiCo of trivializing real world protests, including those organized by Black Lives Matter. Social media commentators compared the image of Jenner’s gift of a can of Pepsi to a photo of Ieshia Evans, a black woman who took part in a protest against police brutality last year and stood firm despite being charged by police in riot gear.

Within a day of the ad’s release, PepsiCo removed the ad from circulation and issued an apology.

“Pepsi was trying to project a global message of unity, peace and understanding,” the company said in a statement. “Clearly we missed the mark, and we apologize. We did not intend to make light of any serious issue. We are removing the content and halting any further rollout. We also apologize for putting Kendall Jenner in this position.”

Panera Bread Acquired By JAB Holding Co. for Over $7 Billion

A giant in the premium coffee and cafe business, JAB Holding Co. will add another major feather to its cap with the acquisition of fast-casual restaurant Panera Bread. The deal was announced on Wednesday and is valued at over $7 billion, according to The Boston Globe. JAB is a privately held investment fund based in Luxembourg whose portfolio includes Peet’s Coffee & Tea, Keurig Green Mountain, Caribou Coffee, Einstein Noah Restaurant Group, Stumptown Coffee Roasters, and Intelligentsia Coffee. JAB, which also recently acquired doughnut chain Krispy Kreme, will pay $315 per share of Panera Bread. The deal includes approximately $340 million of debt and is expected to close in the third quarter. It still requires the approval of Panera’s shareholders.

‘‘Our success for shareholders is the byproduct of our commitment to long-term decision making and operating in the interest of all stakeholders, including guests, associates, and franchisees,’’ said Panera founder and CEO Ron Shaich. ‘‘We believe this transaction with JAB offers the best way to continue to operate with this approach.

The City That Made Cold Brew Famous

A recent article in The Austin Chronicle profiles four cold brew coffee companies based in Austin, Texas and examines how the city came to be the center for entrepreneurship in the nascent category.

“Whether it’s due to the climate or the city’s spirit of innovation, Austin was an early adopter of the cold brew trend,” wrote The Chronicle’s Dan Gentile. “The concentration of companies led to an industry reputation for Austin as the cold brew capital of the world.”

The Chronicle interviews the founders of Kohana Coffee, Chameleon Cold-Brew, Cuvée Coffee and High Brew Coffee about the launch development of their companies and what’s the horizon for the future of cold brew.