The BANG Revolution
By Jack Owoc, CEO, CSO of VPX/BANG/REDLINE

For over two decades VPX has consistently provided the most cutting edge university studied, research proven sports nutrition to the world. VPX branded sports nutrition and Redline, BANG and Protein Rush beverages are backed by studies at prominent prestigious universities including, but not limited to: Baylor University, Florida State University, Memphis University, UCLA and many others.

With 22 Gold Standard Performance Enhancement Studies from UCLA to Florida State University already backing our revolutionary sports supplements, it’s this 23rd study that is underway right now that we are most excited about. We are super thrilled because VPX / BANG will make history again when it releases the results from its 23rd study because it is being conducted with an NCAA Division I Football Team. Preliminary study results already show an 11.2% increase in the collegiate athlete’s ability to perform repetitions with just one serving of BANG. However, it’s the longer term increases in performance that we are most interested in! These longer-term results will be forthcoming. From my personal experience using BANG over a 9-week period, I started pressing 70 pound dumbbells for 12 reps and now I’m bench pressing the 75 pound dumbbells for a personal best of 23 reps – keeping in mind as an undefeated bench press champion 30 years ago, I can now do more reps now at age 55!

To this day VPX’s liquid delivery systems remain the most innovative scientific inventions worldwide. VPX/Redline was founded in 1993 with the mission of producing the highest-grade, university proven sports nutrition supplements and performance beverages in the world. In 2012, I introduced an innovative, great tasting carbonated energy beverage formulated to fuel the brain and body called BANG®. I was unhappy with the beverage category and wanted to create a unique carbonated beverage that was health promoting, not health destroying. Most energy drinks on the market have the same amount of sugar as a soft drink which is not conducive for health. In fact, one study found that the staggering amount of sugar such as that found in almost all energy drinks was estimated to be attributed to 184,000 deaths a year. High sugar leads to obesity, diabetes, and an early grave. I needed to create an entirely new market of carbonated beverages for that would not destroy a person’s health.

Most energy drinks on the market are health robbing energy drink which leaves you with a “crash.” BANG® optimizes synergistic ingredients for energy, not just an immediate effect. BANG® in unlike any carbonated beverage on the market because it’s sugar-free, calorie-free, and contains no artificial ingredients. Additionally, BANG® contains my patented creatine-amino acid peptide which is the world’s only water-stable creatine. BANG® also contains BCAAs and a water soluble CoQ10 developed by my colleague, Philip Bromley over at VIRUN. It does not contain glucuronolactone or any other nonsense like L-carnitine etc.! As of today, I could not find any published research study validating the beneficial use of a glucuronolactone supplement by itself. BANG® only contains ingredients that have been backed by science to work!

Fast forward to 2017 and the growth of BANG® has been phenomenal. BANG is ideal for gamers, health enthusiasts, athletes, extreme sports lovers, or anyone that wants a great tasting carbonated beverage that doesn’t contain high sugar and other unproven ingredients. I call the explosion of this new health promoting beverage the “BANG® Revolution.” The success of BANG® has grown so much since then that I had to relaunch the BANG® website. You can visit the new website at vpxsports.com The voice of the consumers has been heard; no longer do people have to sacrifice their health for a great tasting beverage. BANG now offers 12 flavors that according to GNC and Vitamin Shoppe executives are driving the flavor categories in both of these world’s largest health food retailers.

Michael Jackson said “Take something great and make it greater.” So we did just that. While Bang and Redline are already the undisputed kings of energy and performance beverages in the world’s largest health food retailers, we took the already great Bang Energy Drink flavor assortment and Made It Greater. Our newest BANG® flavors include: Purple Guava Pear, Peach Mango, Root Beer Blaze, and Citrus Twist. We are proud to announce that both GNC and Vitamin Shoppe fought a valiant fight to gain “exclusive” rights to two of these four new flavors! GNC sold 490,711 units of Bang just in the month of March and we are expecting this number to increase to well over 1 million cans of Bang sold per month in both GNC and Vitamin Shoppe with the summer launch of the new exclusive flavors driven by our brand ambassador social media reach of 28.76 million followers. 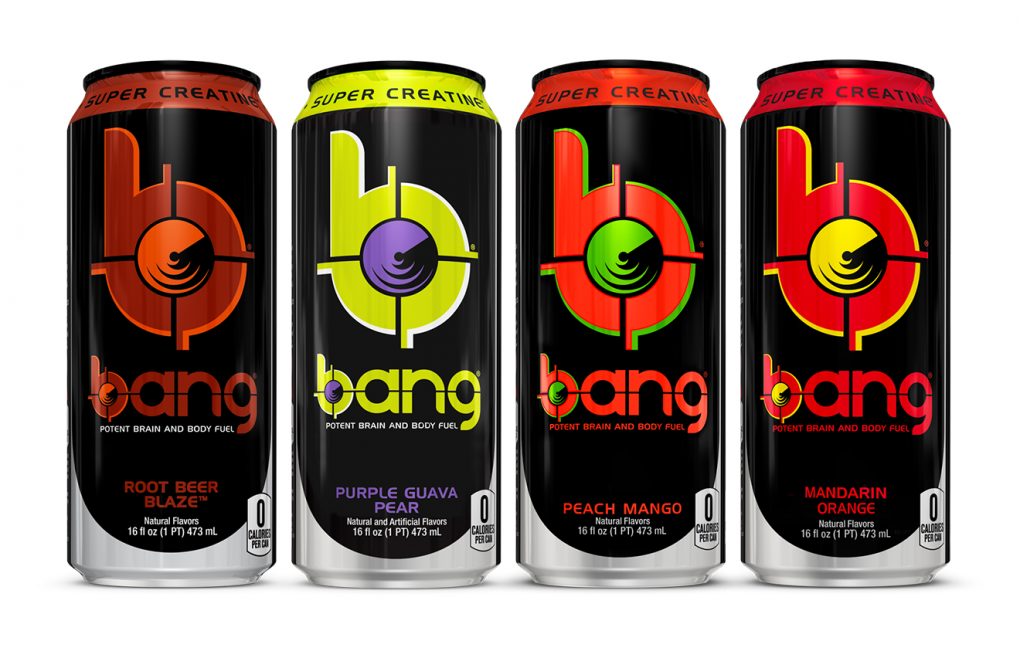 Our announcement of the soon-to-be-released Caffeine-Free BANG® RTD caused mass hysteria on social media when I released the new packaging design on Instagram and Facebook. I knew our fans and followers would go crazy because nobody wants to stop drinking Bang and now that we have a caffeine free version all of our friends can now drink BANG right up until bedtime an also for people that want to drink BANG® at night or for those that want the mental and performance enhancing effects of BANG® but are caffeine sensitive. Now people can drink BANG® at any time!

Along with the science, consumers are going crazy over BANG which is driving is driving the flavor categories in the world’s largest health food retailers – GNC and Vitamin Shoppe. GNC sold over 490,000 units of BANG last month in GNC alone. Vitamin Shoppe has a mind-blowing display of 38 facings of BANG and other VPX beverages nationwide. Our in-house flavor technology is mind-blowing. There is now a major battle between the two largest health food retailers and both will be launching their own exclusive BANG flavors this summer! 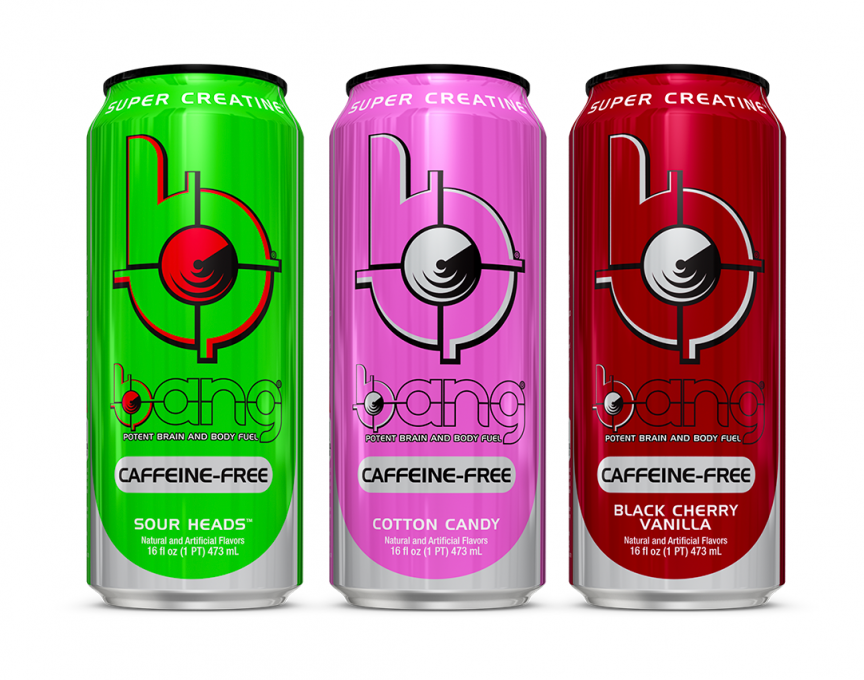 The Bang Revolution has commenced and will not be televised!