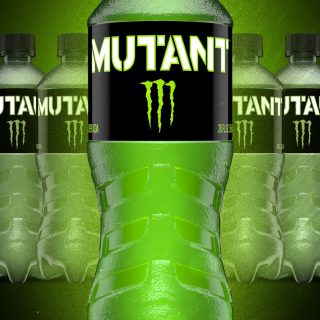 Monster Energy reported only 2 percent c-store sales growth during Q4 of 2016, which Wells Fargo attributed not just to the slow launch of Mutant, but also to a continued decline in the energy category and out-of-stock issues with Java Monster. Retailers told Wells Fargo that Mutant was delayed until October and that they received next to no guidance regarding placement. According to Wells Fargo analyst Bonnie Herzog, who authored the report, these road bumps are consistent with retailer expectations of only 5 to 6 percent growth for 2017.

“Given the poor launch and modest expectations for [Monster’s] new products, we believe [Monster] will be unable to offset recent category headwinds with its innovation, suggesting soft top-line growth may continue for the near-term,” Herzog wrote.

But Monster wasn’t the only non-alcoholic beverage brand with slow growth. Q4 c-store beverage sales were only up 3.6 percent overall, a far cry from Q4 2015’s 7.8 percent growth, as well as Q3 2016’s 6 percent growth. Some of the usual suspects impacting sales included bad weather and high December gas prices which kept customers away. A majority 39 percent of retailers said the weather was “Much Worse” than previous years. But the U.S. presidential election also likely played a big role, as retailers reported a continual drop in foot traffic closer to Election Day.

Total beverage sales are currently expected to be up 4 percent in 2017, with bottled water, craft beers, energy drinks and flavored CSDs leading the pack.

In non-alcoholic beverages, Dr Pepper Snapple Group’s recent $1.7 billion acquisition of Bai appears to be paying off as the company was up a solid 3 percent, which Herzog said included “strong results from allied brands” Body Armor and Bai. 38.5 percent of retailers credited Dr Pepper Snapple as introducing the best new innovations in Q4. PepsiCo was praised for new Mountain Dew varieties and 46.2 percent credited them with the best new innovations, although sales were only slightly positive and some retailers worried there might be too many new PepsiCo products to manage.