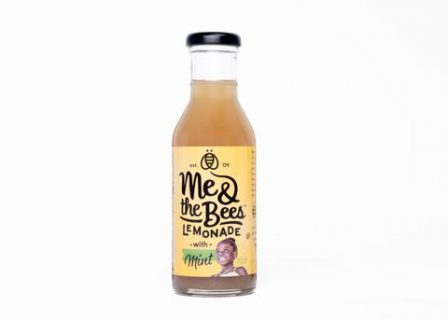 AUSTIN, Texas — Me & the Bees Lemonade, the honey-sweetened RTD glass bottled lemonade, actively saving the honey bees, has expanded its footprint throughout the U.S. and is now available at all Natural Grocers by Vitamin College locations.  Natural Grocers operates 146 stores in 19 states and is a rapidly expanding specialty retailer of organic and natural groceries body care and dietary supplements.

“Kidpreneur” Mikaila Ulmer, CEO and founder of Me & the Bees Lemonade stated, “We are very excited to BEE adding Natural Grocers by Vitamin Cottage locations to our distribution.  Based on their many locations in the midwest and southwest, I’m so excited that my lemonade will be on the shelves in more neighborhoods. Every Sip spreads the buzz.  More people can Buy a bottle…Save a bee.”

Me & the Bees Lemonade was started by Kid Entrepreneur Mikalia Ulmer when she was 4 years old. Mikaila found her Great Granny Helen’s flaxseed lemonade recipe in a 1940s family cookbook. She also was stung by a bee twice in the same week, which Mikaila admits was a very uncomfortable experience. Encouraged by her parents to overcome her fear of bees, Mikaila began to study bees and their role in the ecosystem. She learned that bees pollinate about a third of the food that humans consume and that the bee population is declining alarmingly.  Mikaila pledged to help educate Americans about the declining bee population and to donate a percentage of profits to bee related charities who are working hard to save the honey bees.

Cascadia Managing Brands is actively engaged as a national brand manager charged with expanding sales marketing, and distribution throughout the United States.

About Me & The Bees

“I became fascinated with bees,” Mikaila explained. “I realized that I could use local honey from bees to sweeten my Great Granny Helen’s flaxseed lemonade recipe, and that is how Me & the Bees was born. Now, I want to see Me & the Bees distributed worldwide.  My goal is to offer a wide range of lemonade products and to one day expand beyond lemonade.  With a larger audience and the launch of a non-profit organization, my team and I can make a greater impact on saving the bees.” Besides being an accomplished entrepreneur, Mikaila is a full-time, straight A student and resides with her family in Austin, Texas.

Landing a deal with Daymond John on the show Shark Tank was just the beginning of Me & the Bees’ many business successes. Mikaila’s story has caught the attention of Good Morning America, NBC News, The Real, Forbes and TIME among others, along with the National Retail Federation Foundation (NRF) who named Mikaila one of the Top 25 People Shaping Retail’s Future last year. Mikaila’s movement has also inspired 10 NFL players including Arian Foster (Former Running Back for the Houston Texans) and Glover Quin (Safety for the Detroit Lions), to sign up as investors, increasing production capacity, which has enabled the company to have a greater impact on saving the bees.

Me & the Bees Lemonade is abuzz with activity:  the company has increased distribution by over 104% from 2016 year to 2017 year.