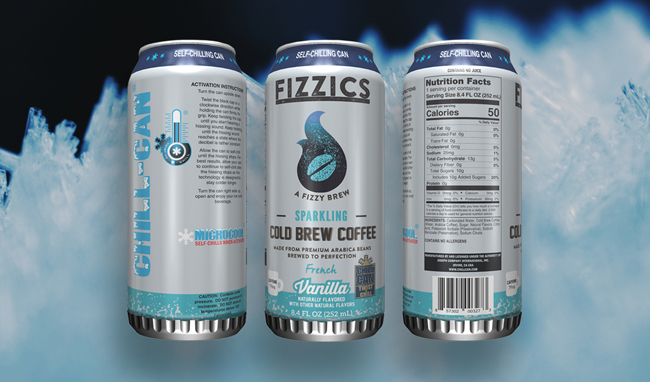 Mitchell J. Joseph, CEO of The Joseph Company International, hopes that he’s found the “Holy Grail” of the beverage industry: the self-chilling can.

But like another Grail-seeker before him, King Arthur, the quest for the ultimate beverage container has had its share of setbacks.

A fourth-generation beverage wholesaler, Joseph has spent more than 25 years seeking to get the technology into wide release. There was the time he thought he’d sold 6 million of them to Pepsi for a launch in Puerto Rico — until it was revealed that the chlorofluorocarbons (CFCs) used to create the chilling effect had the potential to contribute to the hole in the Earth’s ozone layer.

Still smarting from that scrapped deal — and the loss of another separate agreement with Heineken — two weeks later, Joseph received a call from the President of the British Oxygen Company, who told him that he might have a solution.

“The technology was to have a canister that held activated carbon that was made from coconut shells and other organic materials, and that reclaimed CO2 from the atmosphere would be adsorbed onto the activated carbon pores,” said Joseph. “And then once we activated the can, then it would be like taking a tree of fruit and shaking it. Then all the molecules from the CO2 activated the carbon, the carbon became cold and then we had a self-chilling can.”

After two days of testing at the British Oxygen Company, Joseph was told by his engineers that this technology didn’t work — they only got one degree of cooling.

“I said, ‘You did? Get back here, we’re back in business,’” said Joseph. “And [the engineer] said, ‘You know, if you had any engineering background, which you do not, you would understand that this can’t be done.’ I said, ‘No, you don’t understand. We’re all out of business unless you can come back here and we can perfect this.’”

Since that point, The Joseph Company has quietly perfected the technology — it was even the subject of a 2010 Harvard Business School case study. The technology powered a limited release energy drink, West Coast Chill, and was even used as a sponsor of the NBA’s Cleveland Cavaliers. Today’s Chill-Can doesn’t add any additional CO2 into the atmosphere nor does it use activated carbon; rather, it uses reclaimed CO2 and requires no additional power. The technology has been celebrated by U.S. Army, NASA and the Environmental Protection Agency. It has gradually moved into the public eye.

Joseph’s perseverance was rewarded in high public style recently, when it was announced that he and 7-Eleven were partnering on a test launch of its Fizzics Sparkling Cold Brew Coffee, packaged in the Chill-Can, in 15 locations across Los Angeles. Available in regular, french vanilla and caramel flavors, Fizzics contains 50 calories, 10 grams of sugar and less than 80 mg of caffeine in each 8.4 oz. recyclable Chill-Can.

Users simply turn the can upside down and twist the base to activate the self-chilling process. A constant hissing sound can be heard and once it stops in about 75 – 90 seconds, the can is chilled and ready to drink.

The can isn’t designed to reach a certain temperature or drop a specific amount; rather it adapts to the surrounding climate in a process Joseph calls “perceived cooling.” The reason for this, Joseph explained, is to avoid brain freezes.

“7-Eleven, Inc. continues to innovate for its customers by giving them what they want where they want it,” Tom Cogil, 7-Eleven Senior Director of Private Brands, said in a statement emailed to BevNET. “Fizzics is the first sparkling coffee soda that can be chilled on demand, which brings a new level of convenience to L.A.-based customers who want to enjoy a chilled drink whenever and wherever they please. We look forward to learning from this 15-store test launch in L.A.”

The Joseph Company believes that they’re sitting on a breakthrough technology because for the first time, the value of the drink doesn’t come from just the beverage itself, but the packaging as well. Joseph told BevNET that the Chill-Can stays cooler for 30 to 35 minutes longer than an ordinary can because it chills from the inside out, rather than being refrigerated.

“It’s not comparing apples to apples with a conventional can,” said Scott Berger, Executive Vice President of the Joseph Company International. “People are purchasing this can because of the functionality of the packaging, not just because they’re purchasing a beverage that they like.”

The Joseph Company is already investing in its infrastructure, preparing for the Chill-Can to take off. The company is building a $20 million beverage production and technology facility in Youngstown, Ohio — the same spot where Mitchell Joseph’s great grandfather started in 1920. Production is set to fully begin in the spring of 2019 and will have the capability producing 1 – 2 billion self-chilling cans per year.