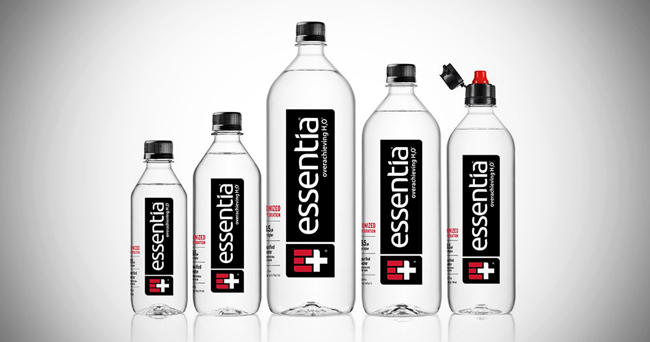 BOTHELL, Wash. — Essentia, the pioneer of ionized alkaline bottled water in the U.S., has announced an official partnership with the iconic Rose Bowl Stadium. Essentia Water is currently available for purchase at the venue.

“At Essentia, our mission is to help overachievers go farther for longer through better hydration,” said Karyn Abrahamson, Chief Marketing Officer, Essentia. “Rose Bowl Stadium has served as a home to countless overachievers throughout the years, which makes the partnership a great fit. We are thrilled that IMG College chose Essentia to be available at such a historic venue.”

Essentia is available for sale inside the stadium for all UCLA home games; AmericaFest Fourth of July celebration; ICC Soccer Championship Cup; the Rose Bowl game on January 1, 2019; concerts this year including Ed Sheeran on August 18 and Jay-Z and Beyoncé on September 22 and 23; and more. Essentia will also have a presence outside the stadium during Fan Fest activations for Rose Bowl events and will be available for sampling along the Rose Bowl Walking Loop once per month.

The relationship is facilitated by IMG College, the exclusive multimedia rights holder for Rose Bowl Stadium.

“We are so pleased to partner with Essentia and grateful for their support of our stadium,” said Paul Engl, General Manager, IMG College. “As the leading ionized alkaline water in the country, we are glad to offer the superior rehydration of Essentia to help fuel our guests.”

“Consumers not only expect more concession options, but they want premium items,” said Antonio Torres, Director of Field Marketing and Events, Essentia. “We’re excited for the opportunity to bring Essentia Water to America’s Stadium and add to the consumer experience.”

The first ionized alkaline bottled water offered in the United States, Essentia’s philosophy is that a better you starts with a better water. Essentia is known for its unique ionization process, which results in an alkaline water that is better at rehydrating[1]. Headquartered in Bothell, WA, Essentia Water, LLC pioneered ionized alkaline water in 1998 and the brand is now distributed widely across the United States. It’s the #1 alkaline water brand and the #1 selling bottled water brand in the natural channel[2]. To learn more about Essentia, please visit essentiawater.com or connect with Essentia on Facebook, Twitter, or Instagram.