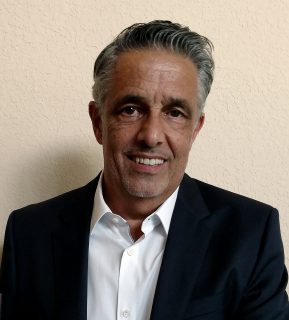 Greenwood, S.C. — HydroOne, LLC  has announced the addition of John Habeeb as Vice President of Sales for Hydro One Premium Beverages.

“After years of research, development, and watching market trends, we feel it is time to take Hydro One from a proven regional beverage to the national  market,” said HydroOne CEO and Co-Founder, Sammy Nasrollahi. “We recognize John Habeeb’s ability to handle scale and complexity at the highest levels of performance as indispensable. We are excited to have John Habeeb as a member of our team.”

A former Vice President of Sales and Operations for the Eastern Division of Pepsi-Cola North America and previously a General Manager for Pepsi Bottling Group, John brings over thirty years in leadership, analysis, sales  and operational development to his role with HydroOne. Known for his strong communication and presentation skills, Habeeb will be a strong asset in introducing the strength of HydroOne’s science based formulas to the rapidly growing market of functional beverages.

“Consumers are becoming more knowledgeable every day and are looking for products that have the ingredients that enable them to actually do what they claim,” Habeeb said. “I saw the formulations and efficacy of HydroOne products and realized they fit the “getting more from your beverages” focus, the almost medical formula that is the next frontier, and then I tasted them. The flavor closed the deal.”

About HydroOne, LLC and Hydro One Premium Beverages

HydroOne, LLC was founded in 2006 with the mission of becoming the world leader in scientific advancements through water-based solutions. After five years of research and development, REVd was launched as their Flagship product, and as the first and only beverage in the world with a US Patent on a beverage formulated to help diabetics and others reduce blood sugar levels and lower blood pressure. Not only does the beverage work, but the Blueberry & Pomegranate won the Platinum Award for Taste in the 2013 World Beverage Competition. HydroOne followed up with BODE SPORTS, one of the first sports drinks to include Co-Q10, lower sodium levels and increase potassium. Their TRUE SUGAR FREE GREEN TEA also won the Platinum Award for Taste in the 2013 World Beverage Competition. TRUE GREEN TEA contains Alpha-GPC for enhanced brain function and carries the Heart Choice label with an FDA claim for plant sterols, reducing the risk of strokes and heart attacks.”