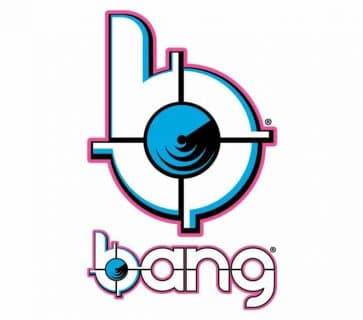 Production will also include many iconic beverage brands invented by Bang Energy CEO and CSO, Jack Owoc, and his elite scientific team. These include Stoked™, Bang® Keto Coffee, Redline®, and their newest innovation that has hit the nation by storm called, Bang Miami Cola™!

“Manufacturing jobs have been growing rapidly in Phoenix. Among the reasons are Phoenix’s concentration and diversity of food manufacturers,” said Phoenix Mayor Kate Gallego. “These next-generation manufacturing companies bring opportunities in technology, engineering, and manufacturing. This combination represents the kind of stable, advanced industry jobs that are highly desirable to Phoenicians. Our city’s business environment and quality workforce are the reasons Phoenix and the Valley are creating more new jobs than any other metro in the U.S.”

“With the expansion of Bang Energy to the area, we’re excited that even more Greater Phoenix residents will have access to quality advanced manufacturing jobs and the opportunity for professional success,” says Chris Camacho, president and CEO of the Greater Phoenix Economic Council. “Their location in Phoenix, the 5th largest city in the U.S., is primed to meet the growing demands of their business as we build our regional economy, together.”

“Arizona’s top talent, modern infrastructure and pro-business environment continue to attract manufacturing companies,” said Sandra Watson, President & CEO of the Arizona Commerce Authority. “We are proud that Bang Energy chose our state for its western U.S. operation and congratulate the company on its meteoric growth!”

“Food processing is one of Phoenix’s strong manufacturing sectors, and Bang Energy is capitalizing on its dynamic workforce and ready-to-open facilities in the southwest city,” said Phoenix City Councilman Michael Nowakowski, whose district is where the facility is located. “The high value wages, averaging over $59,000, means Bang is going to be able to attract well-qualified workers looking for quality jobs close-to-homes. Bang Energy is the kind of dynamic employer we want to attract into Phoenix.

“Bang® Energy expects to invest well over $260,000,000 in Phoenix, Arizona. Bang® Energy is excited to operate in a city and state that laid out the red carpet for us and who values our brilliant partnership. Phoenix is also home to Hensley Beverage Company who is our #1 US distributor. We are thrilled to align ourselves with Andy McCain and the highly-valued Hensley staff. Furthermore, Phoenix’s Mayor and City Council, the Arizona Commerce Authority, and others, too numerous to mention, have been overly generous and helpful. The beauty of this relationship is that we will be collectively helping others and bettering the lives of the residents of Phoenix,” said Jack Owoc CEO, CSO Bang Energy

Hiring for the new Bang Energy facility will begin immediately.

Representing the tenant were Sky Groden, Pat Harlan and Kyle Westfall with JLL, and representing the landlord was Rob Martensen with Colliers International.

Bang Energy has been producing epic performance beverages and sports nutrition products for more than 27 years. The company is unrelenting in its pursuit of creating trendsetting inventions that enhance muscle, appearance and performance. These innovations, including BANG® ENERGY DRINK, are backed by 28 landmark, human-subject studies at UCLA, University of South Alabama, Florida State University, Baylor, University of Southern Maine, Memphis University, College of New Jersey, FIU, Nova University, and other top universities in the country.