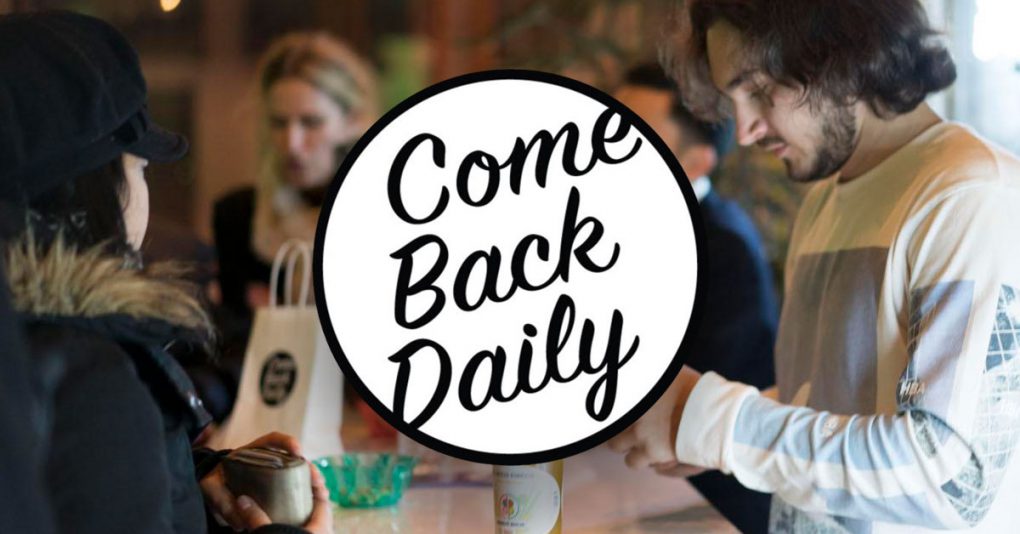 Cannabidiol (CBD) is enjoying its moment as one of the hottest ingredients in the food and beverage industry. But even as regulations on hemp production have been lifted and more states adopt pro-cannabis stances, consumer education remains a key concern for the nascent CBD market.

In New York City, specialty retail shop Come Back Daily, billing itself as the “world’s first educational, experiential CBD hub,” is looking to spread awareness and understanding of the functional hemp-derived ingredient. Located on Broadway in the TriBeCa section of Manhattan, the new store, which opened in November, offers a variety of CBD products across CPG categories, including tinctures, vaporizers, lotions, balms, honey, chocolate and beverages.

In addition to offering assistance to people who walk in off the street, Come Back Daily’s consumer education efforts include hosting community events, providing co-working space, and working with brands on sampling and cross-promotion in-store activations.

“It has a department store feel where customers can open and try everything,” co-founder Steven Phan told BevNET in a phone call. “They can really experience every single one of our products. There’s a self-discovery vibe.”

In the beverage space, the store currently works with startup brands including Bimble, Kickback Cold Brew, Brooklyn Bucha, and Recess. Chocolates from Punch Edibles and CBD tinctures from brands like Ojai Energetics and Lord Jones are also available.

Phan said he’s frequently surprised by the high level of CBD awareness among American consumers, with local shoppers rarely needing an introduction to the category. While the store also has attracted some consumers looking for THC products, Phan noted it’s largely foreign tourists who require the most education — and cultural differences can lead to confusion.

“It really comes down to whether the individual is open to hearing about marijuana or not,” Phan said. “The reason I say that is we have tourists come in from different countries and you can’t really explain hemp if they’re not into the culture and haven’t educated themselves about it. It’s often hard to separate the whole hemp and cannabis thing, so I have to say ‘marijuana’ and that’s where you see their stance on it as an individual. They can’t hide it, some people get scared. They’re like ‘I’m in the wrong store, I’m sorry, I’m sorry,’ And it’s okay! We’re not going to bite you.” 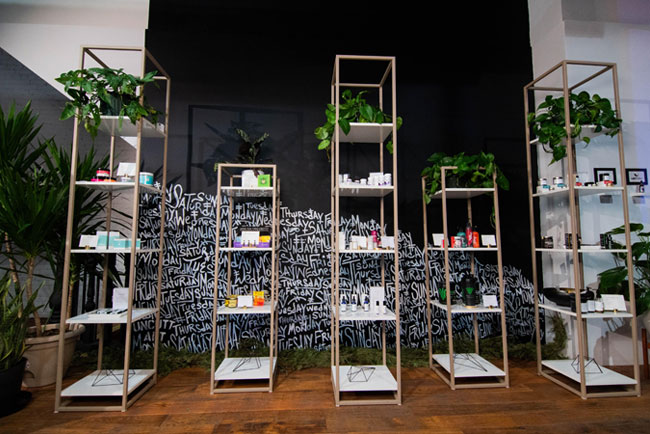 Come Back Daily’s beverage selection is limited, though co-founder Waseem Ghattas said it is a significant part of the business that is projected to grow, especially as the store looks to add more yoga and meditation events where consumers are looking for hydration. In particular, he said, as the CBD space emerges it is embracing health and wellness platforms that the store wants to help cultivate.

Bimble CEO Jay Moskowitz told BevNET his brand is working closely with Come Back Daily and plans to participate in events at the store.

Phan and Ghattas noted that in opening the store, there were fewer regulatory hurdles than they had anticipated. Opening prior to the passage of the Farm Bill, Come Back Daily risked running afoul of federal regulations around hemp and CBD, but Phan said local city government readily embraced the concept and the store has received support from officials and police.

“I think Come Back Daily is just a great idea because they have this really relaxing space where they can sit down with customers to talk them through and let them try the products,” Moskowitz said. “We plan to do tastings there and they want us to do as many demos as possible.”

Phan said demos are a vital part of the store’s initial business strategy as consumers familiarize themselves with CBD brands with limited distribution. As the market continues to grow, he noted Come Back Daily will use its early entry to expand and franchise.

“For us we have a very specific niche demographic that people are going to gravitate to,” he said. “If people like a product, we want to sell it in our store. And when we do open up more stores, we’ll sell it in all our stores. Come Back Daily is a very niche thing where brands are going to want to be in our store.”