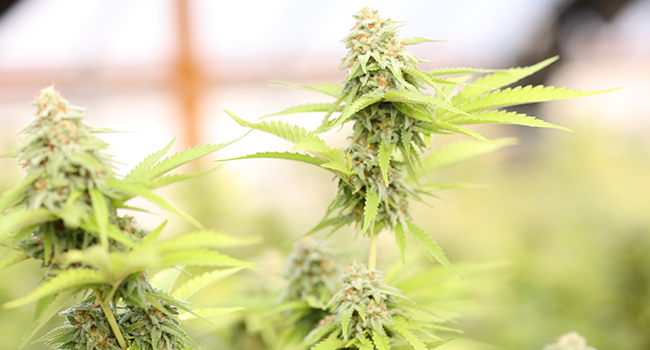 If the projections of a booming future — $22 billion in sales by 2022, according to cannabis market research firm Brightfield Group — for hemp-derived cannabidiol (CBD) infused products is to come true, this week could represent the point where the legal hemp industry truly kicks into high gear.

Before the end of the year, industrial hemp — defined as any part of the marijuana plant, including seeds and extracts, that contains less than 0.3 percent THC — is set to clear the final hurdle on its way to full legalization. And while the finalized version of the 2018 Farm Bill, which is expected to receive President Trump’s signature before the close of the current legislative session, represents a watershed moment in the pro-hemp movement, it doesn’t mark the end of the journey.

What Does This Do?

While the Farm Bill doesn’t answer all the legal questions around using CBD as an ingredient, it does achieve the critical step of resolving discrepancies between state and federal regulations with regards to production and sale of hemp in all its forms, including flower, extracts and oils.

Once approved, the 2018 Farm Bill will, as of Jan. 1, 2019, will allow licensed farmers and producers in all 50 states to lawfully grow hemp for commercial use. This is a further loosening of regulations that began with the 2014 Farm Bill, which allowed for hemp to be grown on a limited basis through state-run research pilot programs. Those programs, which had over 3,500 participants last year according to VoteHemp.com, will continue for one year after the 2018 Farm Bill goes into effect.

The Bill will also carve out a specific definition for “hemp” that separates it from “marijuana.” While marijuana will remain classified as a Schedule I controlled substance, hemp — again, any part of the plant with less than 0.3 percent THC — will be removed from the Controlled Substances Act.

Hemp and CBD will be legal for import and export, and individual states cannot interfere with transportation or shipment of industrial hemp, regardless of where it is grown or authorized for sale. In effect, hemp can be legally be grown in one state, processed in another, and sold in all 50. This Bill would also allow hemp producers access to financial services and eligibility for federal programs such as crop insurance, agricultural research grants, and certification of organic production practices under the National Organic Program.

In changing its classification, the federal government has shifted oversight of hemp from the U.S. Justice Department to the Department of Agriculture, putting hemp under the same rules that govern any other agricultural commodity grown in the U.S.

“For the first time in nearly a hundred years, commercial hemp production will no longer be federally prohibited in the United States,” said Justin Strekal, political director at the National Organization for the Reform of Marijuana Laws (NORML) in a press release. “This represents a significant and long overdue shift in U.S. policy.”

The finalized version of the bill also contains a provision that bans individuals with felony drug convictions from participating in the hemp industry for 10 years.

Finally, it should be noted that the inclusion of federal decriminalization of hemp in the Farm Bill has been primarily viewed as part of a pro-farm, pro-agriculture agenda, rather than motivated by issues related to public health, criminal justice or the CPG industry. The provision in the Farm Bill was introduced by Sen. Mitch McConnell of Kentucky, which is expected to be a significant region for cultivation.

“At a time when farm income is down and growers are struggling, industrial hemp is a bright spot of agriculture’s future,” McConnell said this week. “My provision in the farm bill will not only legalize domestic hemp, but it will also allow state departments of agriculture to be responsible for its oversight.”

What Doesn’t This Do?

The Farm Bill is the key to unlocking a nationwide market for hemp-derived CBD products, but it won’t necessarily open the door. While hemp producers have a clearer picture of the regulatory landscape, food and beverage brands will likely need to remain cautious as they move to stake their claim on the growing category.

First and foremost, the Farm Bill doesn’t mean every state has to sell CBD products. Each state will still decide for itself, but now without the prospect of being in conflict with federal laws. A total of 47 states have legalized CBD sales within their borders already, with South Dakota, Nebraska and Idaho the only remaining holdouts.

Food and beverage products that contain CBD face a more specific issue: like any other food or dietary supplement, regardless of what it contains, they are the domain of the U.S. Food & Drug Administration (FDA), which has explicitly prohibited the use of CBD in conventional foods and dietary supplements because of its status as a investigational new drug (IND). FDA policy prohibits the addition of a drug, in this case CBD, to a food unless the drug was marketed in food before the drug’s approval or any substantial clinical investigations involving the drug were instituted. Food products infused with CBD did not begin appearing until after clinical investigations into a CBD-based drug, Sativex, in 2007. This restriction does not apply to food or dietary supplements in which CBD is naturally occurring.

So if that’s the case, why haven’t you seen FBI raids on coffee shops serving CBD lattes? The FDA’s official statements are often critical of CBD, but the agency has shown little interest in hitting CBD-infused food and beverage makers with meaningful penalties, aside from sending warning letters. Manufacturers still need to be wary of making health and function claims, but there is no indication that the FDA has plans to crack down.

In a statement released in June after the FDA approved Epidiolex, a drug made from a purified form of CBD, for use, FDA Commissioner Scott Gottlieb, M.D. said, “The FDA will continue to support rigorous scientific research on potential medical treatments using marijuana and its components that seek to be developed through the appropriate scientific channels. However, we remain concerned about the proliferation and illegal marketing of unapproved CBD-containing products with unproven medical claims.”

Referencing the issuing of several warning letters in November 2017, Gottlieb wrote, “[The FDA] will continue to take action when we see the illegal marketing of CBD-containing products with unproven medical claims.”

The Farm Bill also doesn’t mean you should expect hemp production to explode on Jan. 2. As mentioned above, state-run research pilot programs under the 2014 Farm Bill will continue for another year after the 2018 bill is approved. States that are ready to rapidly scale will still have be required, either on their own or by deferring to the USDA, to assemble their own regulatory bodies to monitor industrial hemp production and related issues, including testing procedures, violation enforcement and crop traceability.

The 2018 Farm Bill has been rightly heralded as a major victory for the U.S. hemp industry. But the degree to which its immediate benefits will be felt will largely depend on how far along individual companies are in their development.

According to Bethany Gomez, director of research for the Brightfield Group, companies manufacturing CBD products should expect a bottleneck in the supply chain, at least in the near term. While rural states like Kentucky are rapidly scaling their hemp growing operations to meet the surging demand, Gomez said she expects the over-supply and low price of cannabis flower in recreational-friendly states like Oregon and Washington will also lead some of those cultivators to shift to hemp. The growth in capacity, combined with the loosening of financial regulations and the expected entrance of more bigger and better financed players, will drive down the cost of raw materials, allowing brands to introduce CBD products at a more accessible price point. 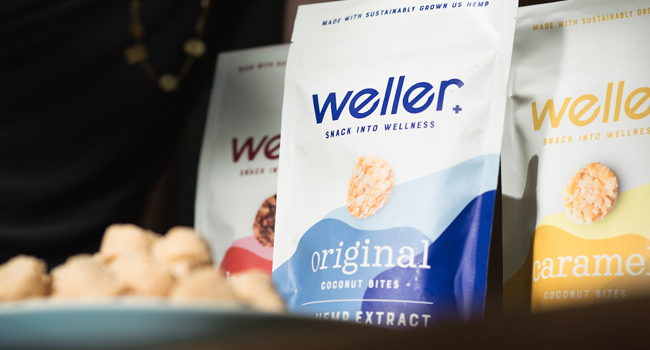 Brands that have already established a presence in the CBD food and beverage market will be first in line to enjoy the advantages of the Farm Bill. According to Gomez, the expectation is for large chain retailers to rapidly start introducing CBD products on to store shelves. With the threat of federal scrutiny lifted, major retailers who have previously explored carrying CBD products, such as Target and 7-Eleven, are expected to start seeking out and working with mature brands.

“The boom will be coming from those brands already operating in the space who have their testing, quality control, and certifications in place,” Gomez said. “High-quality brands will be able to start making their way to the shelf in these mass market retailers.”

Speaking with BevNET, John Simmons, co-founder of Colorado-based CBD-infused snack brand Weller, said the company has established a level of trust with retailers by “conducting our business as if we are already regulated.” He noted that establishing consumer and, in turn, retailer confidence in Weller played a part in the decision to go to a “zero THC” formulation.

“Retailers would like to work with brands with established protocols in how they work with the industry,” he said. “I think there’s another layer that is recently developing — retailers don’t want to see brands that have come from the THC side. They want ‘clean lineage,’ so to speak.”

In addition to an expected increase in access to institutional capital, Simmons hailed the pending removal of restrictions on financial operations.

“By being able to use a merchant account credit card processor that is not a marijuana-related, high-risk processor, our interest rates goes from over 6 percent to lower than 2 percent,” he said. “It eases the checkout process on our online store. It’s a little thing but makes a big difference to the direct consumer focus we have.”

As the chain retailers and ecommerce goes big, independent natural food stores and specialty markets will also see opportunities to define themselves in the larger space. Gomez noted that CBD brands have sought to align with a specific segment of the consumer demographic; stressed out millennials favor vape pens, for example, while health and wellness conscious buyers look towards high-end topicals, skin care products and functional drinks.

Even as the market grows, however, the FDA’s guidelines will still be in place.

“The expectation is that there is going to be a period in which the more established CPG companies have to work with the FDA and get that research in hand to prove that these products are safe,” said Gomez, noting that the market for food and beverage products was about 12 to 18 months from full acceleration. “A lot of the companies currently operating in this space have already started that research.”

It’s unclear if that process can even begin before the FDA addresses CBD’s status as an investigational new drug. In Gomez’s view, the agency may potentially look to reclassify the high-dosage CBD formulations used to treat specific medical conditions, like Epidiolex, as separate from a low-dosage formulations in a food or dietary supplement.

As the Farm Bill marks the opening of a new agro-business frontier, it’s tempting to make far-reaching projections about the future of the hemp and CBD industries. Yet even as trends and statistics show promise, the primary responsibility of introducing and educating consumers on this potentially game-changing ingredient will still likely fall on CPG brands.

“We do see this as a moment to sample our products to consumers who have a wide range of awareness in this category but have not been widely educated or have not seen brands that they would believe in and that they trust,” said Weller co-founder Matt Oscamou. “This is ‘game on’ for us.