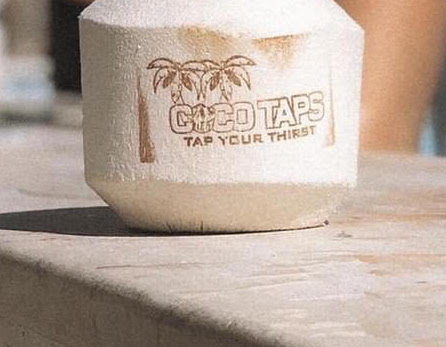 LAS VEGAS— Fresh-tapped coconut supplier Coco Taps has announced partnership with beyond GREEN to launch their new taps, made from corn-based maize. The taps are completely zero waste, biodegradable and ocean-safe; available in fresh-tapped Coco Taps coconuts later this year.

“Making Coco Taps ocean-safe and biodegradable has been a priority, and especially now as we are actively in discussion with a number of major cruise lines and theme parks,” said owner Coco Vinny. “Veejay Patell and his team at beyond Green are able to make our vision a reality and we could not be more excited for this partnership.”

Coco Taps provides 100 percent pure coconut water straight from the coconut source in its original natural packaging. A zero waste beverage company, Coco Taps has a patented invention and system that eliminates the need for processing and excess packaging. Coco Taps are available at over 20 resorts, 60 restaurants, and 40 convenience stores in Las Vegas, Nevada, California and Arizona.

Founded in 2014 by Coco Vinny and headquarterd in Las Vegas, Coco Taps, is the only resealable coconut beverage system in the market. Manufactured in the United States, tool kits and coconuts are sold online at Coco Taps and at resorts, retail stores and restaurants. In 2018, Coco Taps earned its Total Resource Use and Efficiency (TRUE) Zero Waste certification. Coco Taps is certified by the National Minority Supplier Development Council as a Minority Business Enterprise. For more information visit cocotaps.com, follow on Instagram @cocotapsforyou and like on Facebook at facebook.com/CoCoTapsForYou.