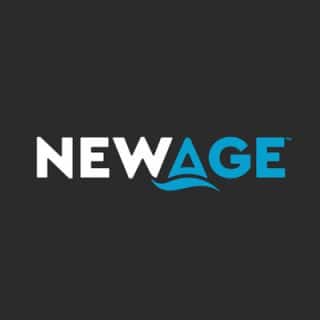 DENVER— New Age Beverages Corporation, the Colorado and Utah-based organic and natural beverage company intending to become the world’s leading healthy beverages and lifestyles company, has announced the distribution expansion of their Marley brand with Walmart, the world’s largest retailer.

Following a complete redevelopment of the Marley portfolio following the acquisition by New Age in mid-2017, which included the development and launch of Organic Marley Mate and Marley Cold Brew, the Marley brand was one of the New Age’s leading brands in growth in 2018 with increased demand of more than 70 percent. Marley Mate led its segment and drove category growth, and the resurgence of the Marley Mellow Mood Relaxation Drinks following its remake has paved the way for the launch of Marley Mellow Mood + CBD, which is launching globally in 2019.

Marley Mate, an organic yerba mate beverage, is grown in the subtropical rainforests of South America. It is a natural energy drink that has the taste of tea with the uplift of coffee without the crash. Marley (yerba) Mate, pronounced yer·​ba ma·​té, is consumed more than six to one over coffee in many South American countries, and according to Healthline, ”…is rich in antioxidants, xanthines, and polyphenols.”

Marley Mate comes in three flavors, Be Jammin’ Berry, Ya Mon Mint and Jamaican Me Mango. New Age’s Marley Mate has the lowest-sugar, lowest-calorie, and lowest-carbohydrate yerba mate of all major competitors. The brand outsold all competitors per point of distribution in 2018, which contributed to the decision by Walmart to authorize the brand. Each of the flavors which will be available at Walmart stores in the beginning of April.

Craig Thibodeau, VP of key accounts for New Age stated, “This is such a great accomplishment for New Age to gain its first national distribution, and to do so with the world’s largest retailer in Walmart. This is just the first initiative that we expect to do with them on the Marley brand and other New Age products on which we are in active discussions. We know Walmart is equally as committed as New Age to providing healthier products for their customers, and we expect to make the full portfolio of New Age’s better-for-you products available as we expand the relationship.”

New Age will be dedicating significant marketing efforts behind its Marley brand in 2019 to build on what it sees as a significant opportunity with consumers, utilizing a full suite of social and digital assets beginning in late April. Following initial shipment to distribution centers this month, stores are given two weeks to set the shelves. Across Walmart stores New Age will be running hyper-targeted GeoFraming campaigns to drive foot traffic at the store level, encouraging pull-through with digital couponing, awareness and trial campaigns.

New Age Beverages Corporation is a Colorado and Utah-based healthy beverage company dedicated to inspiring and educating consumers to live healthy. The Company is the only one-stop-shop of healthy beverages and includes the brands Tahitian Noni, TeMana, Búcha Live Kombucha, XingTea, Coco-Libre, Marley, and others. New Age competes in the growth segments of the >$1 trillion-dollar non-alcoholic beverage industry. The Company’s brands are sold across all 50 states within the US and in more than 60 countries internationally across all channels via a hybrid of direct-to-consumer and traditional distribution and route-to-market systems. The Company operates the websites newagebev.com, morinda.com, mybucha.com, newagehealth.us, xingtea.com, drinkmarley.com and cocolibre.com.

New Age has exclusively partnered with the world’s 5th largest water charity, WATER is LIFE, to end the world water crisis with the most innovative technologies available. Donate at WATERisLIFE.com to help us #EnditToday