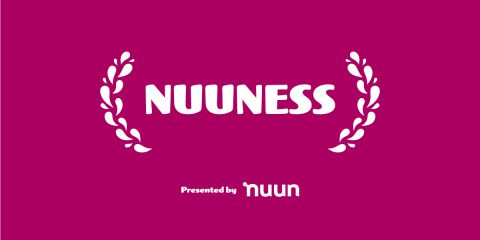 SEATTLE— A new award by the functional hydration company Nuun is creating more opportunities for women in sport to pursue their athletic aspirations. Open to both professional and amateur female athletes, applications for the cash prize of up to $2500 opened on Sept. 30 and will be accepted until Oct. 30. Unlike other fitness grants, there are no limitations to how the prize money can be used. Childcare, professional coaching sessions, transportation and enhanced athletic gear are just a few of the examples cited in the application instructions on Nuun’s website.

When Nuun sponsored athlete Alyssa Godesky learned about the new Nuuness Award she reflected on her own decision to quit her job and become a full-time professional triathlete in 2014, saying “I remember leaving my corporate career as a business analyst with AOL to pursue my triathlon racing, training and coaching full time. While I had a long-term plan to place to make sure I’d keep a steady income, there was still a lot of uncertainty in those first few years. With an award like this I could have slept a little easier knowing that I had a little bit more of a cushion for rent and grocery bills…” The Nuuness Award is aimed at empowering women like Alyssa to take such leap of faith and invest in their sport and themselves.

In a world where women’s sports have consistently been overlooked by media outlets and female athletes have struggled to receive equal pay relative to their male counterparts, Nuun has a long history of going against the grain. 2019 has been especially female-focused for the Seattle-based beverage company. After sponsoring a record number of female athletes and announcing the addition of pregnancy protections to their sponsorship contracts, Nuun publicly called on other athletic companies to alter their industry-standard contracts to do the same. This public declaration arrived after a New York Times article revealed that many professional female athletes make significant sacrifices in time spent with their newborns to get back to their pre-pregnancy competitive standings in order to receive the financial sponsorship compensation their families rely on.

In conjunction with their avid gender equality advocacy, the Nuun team built an online platform where women in sport connect through their shared love for muuvement, supporting one another’s successes and struggles in pursuit of their individual goals. The online community Nuuness is the culmination of this effort. With Olympic Medalist and World Champion steeplechase runner, Emma Coburn as the face of this new movement, Nuuness has become a powerful digital outlet for the online world of women in sport.

On September 30, Nuun took their dedication to female athleticism one step further by introducing the Nuuness Award. This $2500 cash prize will be awarded to one woman to assist in the pursuit of her athletic goals. Applicants are asked to submit a short video by October 30 to be considered, and both amateur and professional athletes are eligible for the award. Nuun representatives say that the winner will be selected based on both need and the potential impact the prize money can have in the applicant’s life. While no future application windows have been announced, representatives from Nuun say that the hope is that the Nuuness Award will evolve into a quarterly company initiative.

Nuun CEO Kevin Rutherford explained the motivation behind offering this monetary prize in addition to the regular sponsorship of female athletes, saying “It became obvious to us when we started Nuuness that there are many women in sport who, for a variety of reasons, are not able to devote the time and energy they want to their training. We wanted to provide a catalyst for greater achievement and give back to the incredibly supportive community of Nuunesses everywhere.”

Nuun is a hydration company with a mission to inspire more movement. Nuun electrolyte tablets and powders provide functional hydration products optimized for exercise, daily health, travel, immune support and rest. Clean and Non-GMO Project verified ingredients, a refreshing taste and low sugar make Nuun a favorite with active consumers. Nuun tablets in their distinctive, colorful tubes, are convenient to carry and add to water and are better for the environment than traditional bottled sports drinks. Consumers adding Nuun tablets to their reusable water bottles helped save the shipping of over 100 million pounds of water in 2018 alone. 15-year-old Nuun is the #1 selling sports drink supplement brand in running, cycling, outdoor and natural foods stores. The Seattle based company’s culture and mission have been recognized by Outside Magazine, who named Nuun to its 2017 and 2018 ‘Best Places to Work’ lists. To learn more, visit nuunlife.com or follow them at @nuunhydration and #nuunlife.