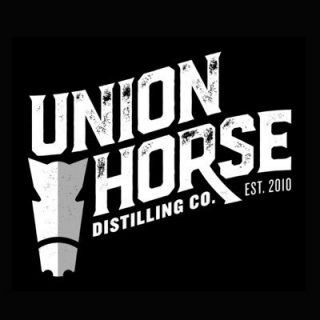 Rolling Standard is the first in the company’s “Distiller Series,” a collection of the experimental and artistic works of Union Horse’s distillers. Inspired by the pioneering spirit of America’s railways, Rolling Standard is a complex and bold whiskey handcrafted from locally-sourced barley, wheat, corn and rye. Aged to perfection in American oak barrels and suitable for all occasions at 92 proof (46% ABV), Rolling Standard effortlessly delivers robust notes of vanilla, maple, almond and dark fruit with a hint of cinnamon.

“Rolling Standard represents an exciting step toward what’s next for our company,” said Patrick Garcia, Master Distiller and Co-Founder, Union Horse Distilling Company. “We’re constantly looking for new ways to share our craft with consumers, push our creative limits as distillers and build upon what we’ve learned along the way. That’s what the Distiller Series represents to us and we’re proud to have Rolling Standard bring something new to our line-up.”

To mark the debut of Rolling Standard, Union Horse will host a release event at its distillery (11740 W. 86th Terrace, Lenexa, KS 66214) on October 19, 2017, 6:00pm – 9:00pm. During the event, which is free and open to the public, guests can be among the first to sample Rolling Standard, meet the distilling team behind its creation and enjoy cocktails and music. A limited number of Rolling Standard bottles also will be available for purchase before release to the general public. Rolling Standard begins arriving on shelves (MSRP: $31-$33) as well as in bars and restaurants in the Kansas City area the week of October 23, 2017. The spirit will be available in additional markets across Kansas and Missouri the following week and arrives in Illinois, New York, New Jersey, Connecticut and California (San Francisco and Los Angeles) in November. For more information or to purchase online, please visit unionhorse.com.