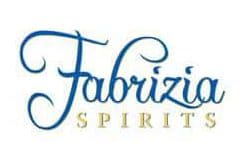 SALEM, N.H.– Building on strong sales momentum and growing product demand, Fabrizia Spirits, the leading limoncello producer in the United States, is moving to a new space that will more than triple its footprint. Driven in particular by demand for its canned, 100-percent gluten-free Fabrizia’s Italian Margarita, which was introduced in spring 2018, Fabrizia Spirits will move from a 1,800-square-foot facility to a nearby 6,000-square-foot space, allowing for expanded production and enhanced efficiency. Fabrizia Spirits products, including its award-winning Limoncello, are now sold in 18 states nationwide.

“Fabrizia Spirits continues to experience double-digit, year-over-year growth and increased demand for our products, including the new canned version of our Italian Margarita, driving our need for additional space,” said Phil Mastroianni, co-owner of Fabrizia Spirits. “We’re pleased to be making this move, which will position us for 2019 and beyond, especially as we continue to add new product offerings.”

Family-owned and operated, Fabrizia Spirits began renovations on the new facility located at 2 Industrial Way in Salem in January and expects to move into the new space by the end of February.

The additional floor space will allow Fabrizia Spirits to include a separate canning area, eliminating its impact on production. As part of the move, Fabrizia Spirits is purchasing new equipment, including a 1,500-gallon automatic stainless-steel mixing tank, three 500-gallon stainless-steel mixing tanks, and an 8-foot by 10-foot walk-in freezer. The expanded space will allow for more efficient processing of all Fabrizia Spirits products, particularly as the company receives shipments of about 140,000 Sicilian lemons at a time.