There is newer review of this brand: Humm Zero 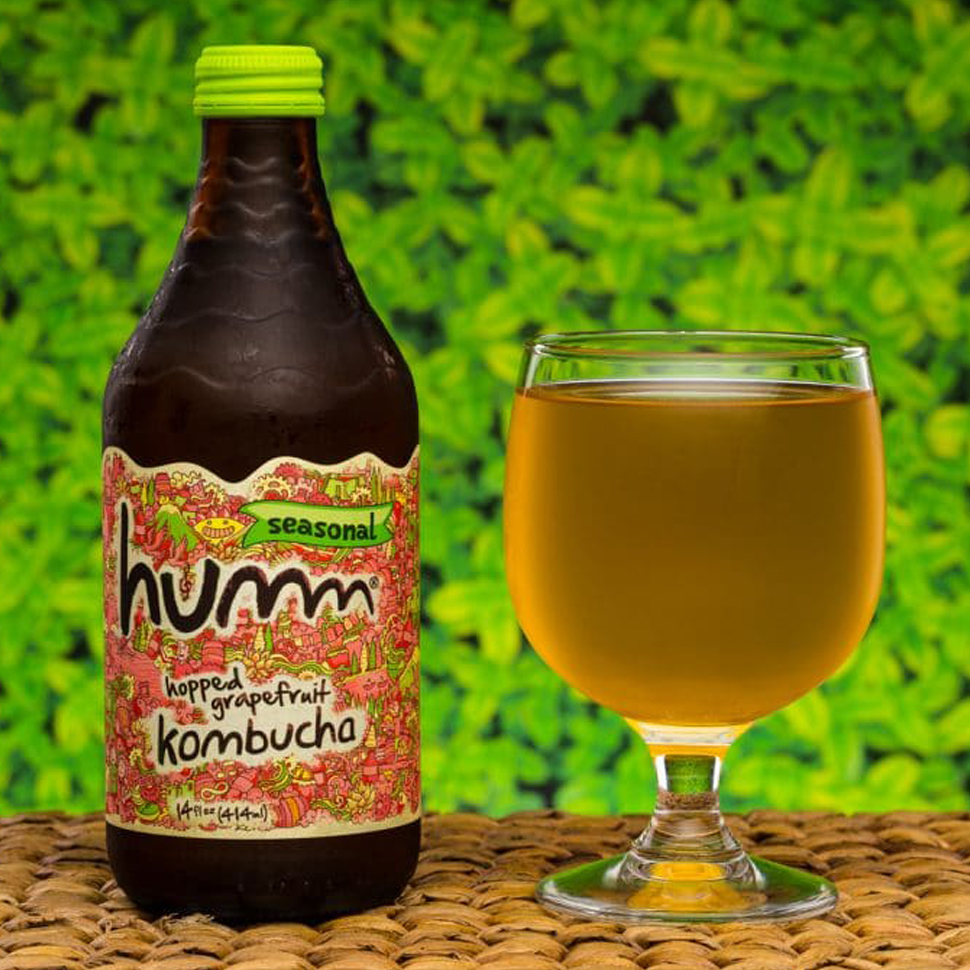 Humm’s seasonal offering for Summer 2017 is this product, a 14 percent juice-based kombucha that blends their kombucha with grapefruit juice (along with apple, pear, grape, and orange) and hops to create something that’s quite enjoyable.

Using Cascade and Citra hops, the product has notes of pine and citrus with a slightly bitter finish that will be familiar to anyone that has ever had an IPA. While we’ve had other hopped kombuchas, Humm has executed this product in a way that’s a step above what we’ve had in the past. Specifically, Humm’s use of sweet, bitter, and citrus components works extremely well with the effervescent and slightly fermented tea flavor that’s the base of the product. It’s complex, but really well balanced, and it has a flavor profile that feels more sophisticated than some of the more common kombucha flavors on the market today.

Visually, we’re big fans of the proprietary 14 oz. glass bottle that Humm uses across their line. The label has a whimsical background that’s loaded with illustrations. It doesn’t give a direct nod to the flavor of the liquid inside the bottle, but the copy, which contains only five words on the front of the label, is easy to read and intuitive to the point where we don’t feel that images of hops or grapefruit are really necessary.

The concept of a seasonal flavor, which is something that’s being used almost universally in the kombucha category, is something that seems smart, especially in that it allows the company to have something “new” every once in a while. That being said, a Hopped Grapefruit offering feels like a good fit as the draw for it probably isn’t going to be as broad as some of their simpler and more common flavors.

Overall, Humm has done a superb job with this product. For a company that’s largely going after conventional retail, it’s great to see that they’re willing to create innovative flavors that are a bit outside the box. And in the case of Hopped Grapefruit, we think they’ve nailed it on the execution front.