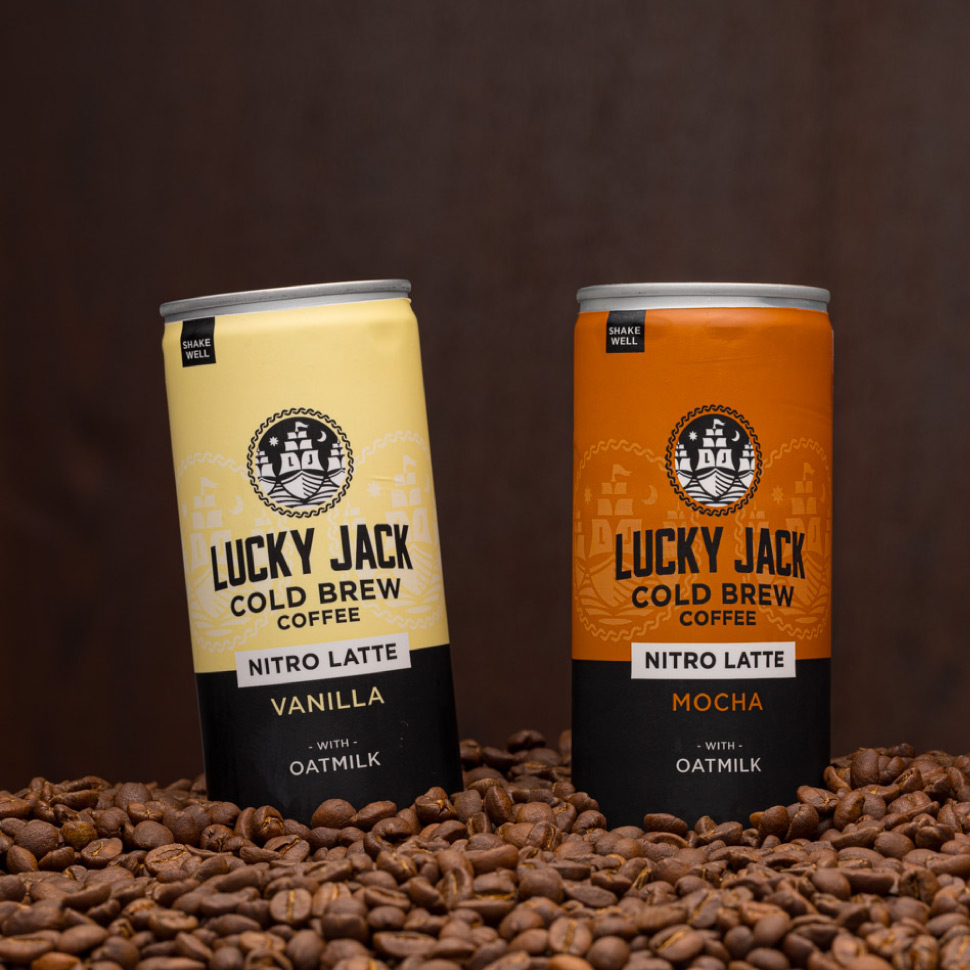 From a taste perspective, Lucky Jack has done a nice job of finding some middle ground between a full calorie and zero calorie or unsweetened product. Thanks to the combination of oat milk and nitro, it’s smooth in both the coffee flavor and in the finish. The oat milk, which is produced in-house, tastes good and makes for a nice addition to the base flavor profile.

The Vanilla, Mocha, and Caramel SKUs, feature flavors that are stalwarts of the RTD coffee set. They are enjoyable and on par with other players in the category and definitely taste like mainstream oriented formulations. However, there is just a touch of sweetener finish to these flavors and we’d obviously love it if they could mask that completely.

And then there’s the final SKU, Golden Milk + Turmeric. For us, this is the standout flavor of the lineup, both in terms of innovativeness and taste. Part of this has to do with the addition of ginger and turmeric extracts for the flavoring, but the other reason we say this is because this flavor doesn’t have the sweetener after effects that we noticed in the coffee drinks.

When it comes to the packaging, Lucky Jack’s Oatmilk Lattes definitely look the part of the RTD coffee set. This starts with the color scheme, which features brown as the primary color that’s used for the background and lettering.

The elements on the label are arranged using a hierarchy that flows from top to bottom and does a nice job of communicating all of the more important product attributes. The lone graphic on the label is the Lucky Jack logo, which is an illustration of a fleet of old ships. Both of these things combined gives the products a polished and intuitive look.

The only place where we think a bit of fine tuning might be helpful is with the Golden Milk + Turmeric flavor. There’s something about the way they’ve treated this that makes it feel slightly disjointed to the point where “Nitro Latte,” “Golden Milk + Turmeric,” and “with Oatmilk” don’t feel like a cohesive unit.

In the end, this is a great line extension for Lucky Jack. Between the practical benefits of being shelf stable and putting the brand into a segment of the coffee category that is a bit more on-trend than straight cold brew, we think that these products should represent some nice growth potential for the brand.