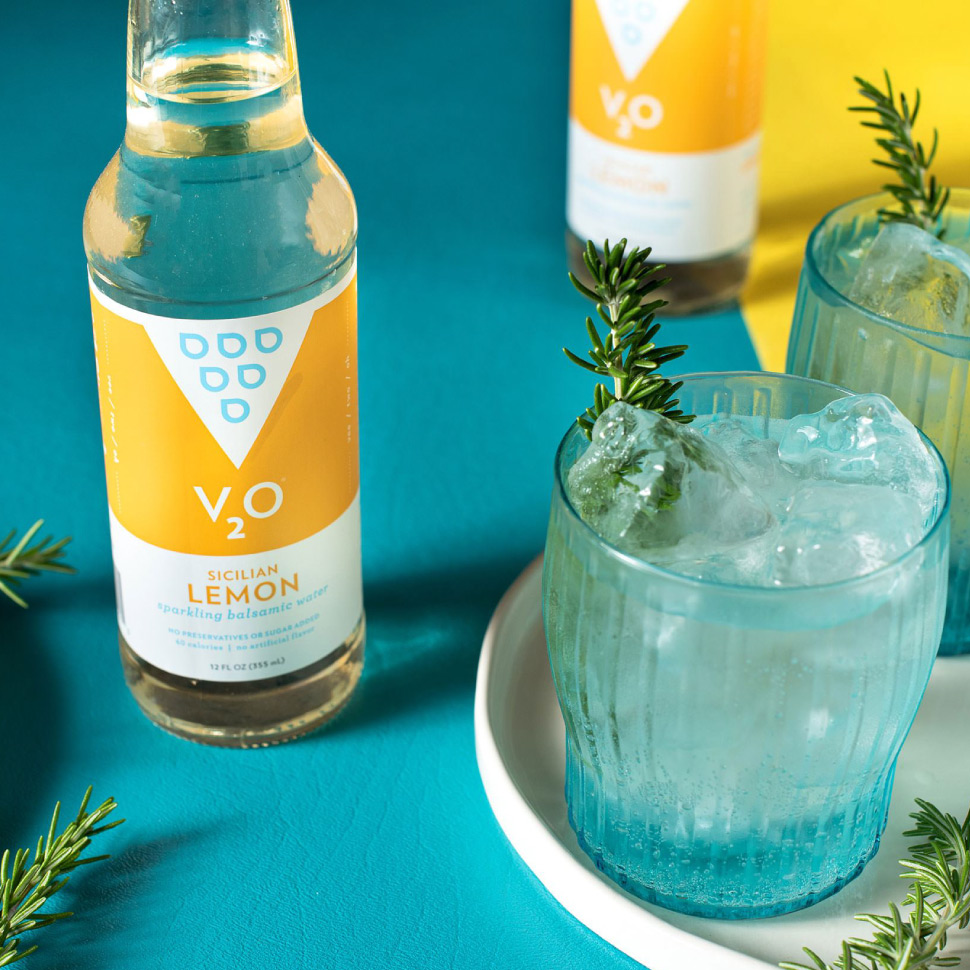 V2O Sparkling Balsamic is a new take on sparkling water that combines the flavor of balsamic vinegar with fruit flavors to create formulations that have 40 calories and no added sugar. The lineup includes three flavors: Cranberry Pear, Honey Ginger and Sicilian Lemon.

However, we do think that it would be good for the company to figure out how to make this more clear in the ingredients list. We’re certain that we won’t be the only people to wonder why it’s not listed.

In addition, the company’s website touts a variety of functional benefits from the balsamic vinegar. If that’s the path they want to go down, we think that they’ll need some way to quantify exactly how much is in the bottle and if it’s an amount that can back up these claims.

Moving on to the flavor, we were quite pleased with the overall taste profile of V2O. The products are light, crisp and slightly sweet with fruit flavors that ultimately give way to a touch of vinegar at the finish.

If you were expecting something reminiscent of a drinking vinegar, this is far from that -- it is much more similar to sparkling flavored water. The fruit flavors are good and accurate enough to hold their own with other products in the category. We found the simplicity of Sicilian Lemon to be the most well executed flavor of the bunch. Honey Ginger, is a close second, although we didn’t get much in the way of honey flavoring. Finally, there’s Cranberry Pear, which has a nice tart note and pear flavor that’s pretty accurate. But the combination of pear and cranberry just isn’t as appealing as the other two.

On the outside, this product is packaged in a clear 12 ounce longneck glass bottle and features a label design that feels like something for a functional beverage. This starts with the V2O name and the water droplets that are above it, which feels at odds with the more culinary story that they try to tell about balsamic vinegar on their website. Lastly, we don’t think that putting “sparkling balsamic water” in a light blue font (which is much less dominant than the other visual elements) is helping the cause.

Ultimately, we really do like the concept of V2O. The product is clean label, an on-trend ingredient, no added sugar and delivers a pretty enjoyable experience as far as lower calorie sparkling beverages are concerned. However, the positioning and packaging are something that could have this product ending up in the wrong place: with the CSDs or functional set instead of with sparkling water. Focusing on these will definitely help V2O achieve its full potential.