HOLLYWOOD, Calif., April 28, 2015 /PRNewswire/ — Johnnie Walker® Scotch and Entourage fans can “hug it out” with excitement. The world’s leading Scotch whisky has partnered with the highly anticipated feature film from Warner Bros. Pictures, Home Box Office and Rat-Pac Dune Entertainment to debut a new chapter in the Entourage storyline: the short film “Johnny for Johnnie.”

Like the Johnnie Walker ‘Keep Walking’ campaign, Entourage is centered around personal progress and the celebration of achievements, both big and small, along the way. From embarrassing failures to epic successes and all the steps—and missteps—in between, the guys from Entourage never stop pursuing their dreams with the utmost optimism and confidence. 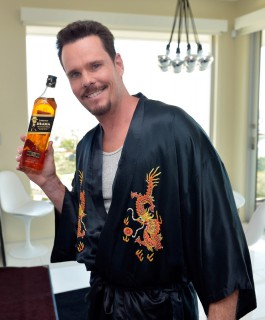 Drama’s back on sauce in Johnny for Johnnie

“What makes the Entourage series so universally relatable is that its story revolves around a group of friends and their unrelenting pursuit of their dreams,” explains Dan Sanborn, VP of Influencer and Entertainment Marketing for Diageo North America. “We all have dreams but it’s not always easy to achieve them.  In this short film, Johnny Drama – as only Drama can – brings to life his own dream, bringing some fun and levity to his journey and all of the steps along the way.   It’s a classic Johnny Drama story of perseverance.”

“If someone mapped it, I bet no one had more missteps than Drama.  He didn’t just wake up in Hollywood with all the cars and money. He had to work for it,” notes Ellin. “It’s that reason we chose Drama’s storyline for the short film.”

“I was really excited from day one to be a part of this project. Not only does Johnny drink Johnnie, but so do I,” shares actor Kevin Dillon. “Drama claims to be Irish, Chilean and part Japanese. I wouldn’t be surprised if he finds a bit of Scottish in his blood as well.”

To unlock the next step in Johnny Drama’s story, visit the Johnnie Walker YouTube channel and share the buzz with your crew by using #KeepWalking on social media.

Cornerstone Agency served as the lead creative agency for the Johnnie Walker Entourage partnership, helping to create key campaign assets, from out-of-home spectaculars and point of sale to creative support on the video content.  In addition, the campaign will be fully integrated with national media support, Public Relations, digital and experiential.  As an extension of the “Johnny for Johnnie” short film, the brand will soon be releasing a digital short reminding people the importance of responsible drinking, also scripted byDoug Ellin.

Johnnie Walker reminds you and your entourage to drink responsibly.

About Diageo
Diageo is a global leader in beverage alcohol, with an outstanding collection of brands across spirits, wines and beer categories. These brands include Johnnie Walker, Crown Royal, J&B, Buchanan’s and Windsor whiskies, Smirnoff, Ciroc and Ketel One vodkas, Baileys, Captain Morgan, Tanqueray and Guinness.

Diageo is a global company, with its products sold in more than 180 countries around the world. The company is listed on both the New York Stock Exchange (DEO) and the London Stock Exchange (DGE). For more information about Diageo, its people and its brands, visit www.diageo.com. For Diageo’s global resource that promotes responsible drinking through the sharing of best practice tools, information and initiatives, visit www.DRINKiQ.com.

About Cornerstone
Cornerstone is an award-winning global creative agency built on the belief that to reach consumers, you must inspire. Founded in 1996 by Rob Stone, and now co-led with Jon Cohen, Cornerstone represents Fortune 500 clients across multiple disciplines, with capabilities to both Create and Amplify. Headquartered in New York, with offices in London, Los Angeles, and Sao Paulo.