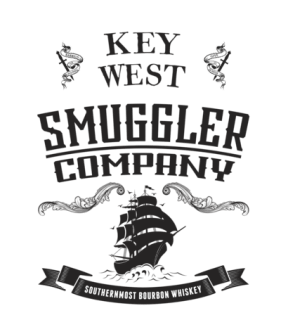 KEY WEST, Fla.— Key West Smuggler Company has announced plans to expand distribution nationally of its award winning Key West Smuggler’s Bourbon Whiskey. With roots in Kentucky, Key West is a multi-award winning, authentic grain-to-bottle bourbon whiskey, made in the American tradition with a modern and sophisticated twist that removes unwanted congeners (responsible for hangovers), revealing an ultra-smooth, sophisticated spirit in the process.

“Within six months of our launch last December, Key West Smuggler Bourbon Whiskey began winning awards,” said founder and CEO Jim Martin. “We beat out 2,200 entries for the Bronze medal at the 2018 San Francisco Spirits Competition, followed by a pair of silver medals at both the Global Spirit Awards and the consumer judged SIP awards. Since then, word of mouth has helped create a tremendous amount of demand for Key West, prompting us to begin distribution beyond Florida.”

Based in Key West, Florida, Key West Smuggler Company lost its headquarters after Hurricane Irma devastated the Florida Keys in 2017.  Out of the rubble left behind grew the KeysStrong Charity, the organization behind the rebuilding of the Florida Keys. Through the support of KeysStrong and the local community, Key West Smuggler found a temporary headquarters from which to operate.

“The support of the local community saved us,” said Martin. “Without it, we wouldn’t be here today.” As part of their effort to give back, Key West Smuggler Company employs local Key West artists to build custom boxes from the debris left behind from Irma. Their limited edition, KeysStrong boxes include not only a bottle of Key West Smuggler’s Whiskey, but products from other local merchant partners, as well. The majority of the proceeds will go towards building a permanent headquarters with a tasting room for patrons, and a portion of the proceeds from the sale of each box will go to a local charity supporting hurricane relief.

To learn more about Key West Smuggler Company and our authentic bourbon whiskey, visit southernmostwhiskey.com to find out how you can purchase your own limited edition Keys Strong box and help contribute to the rebuilding of the Florida Keys.