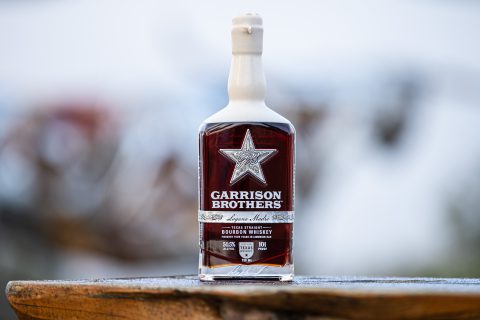 AUSTIN, TX – Garrison Brothers Distillery has announced Saturday May 8, 2021 to be the release date of Laguna Madre, its rarest and most coveted Texas straight bourbon whiskey expression ever. To celebrate this ten year project and very limited release, Garrison Brothers Distillery will host a drive-thru release event with the special bourbon to be sold on a first come first serve basis at the distillery in Hye, Texas on May 8 beginning at 8AM. With around 2,000 bottles total entering the market, Garrison Brothers plans to have at least 500 bottles for sale at the event with the rest being distributed across the continental U.S to its partners. The highly-coveted release offers whiskey lovers and Garrison Brothers fanatics the once-in-a-lifetime opportunity to try a bourbon whose bottles will land in the hands of a lucky few.

Laguna Madre, over a decade in the making, represents the pinnacle of Garrison Brothers small-batch, handcrafted process. Laguna Madre is aged for 8 full years in two different barrels. Named after the beautiful blue waters along Texas’ Gulf Coast and the euphoria they induce, this high proof bourbon is first aged for four years in new white American oak barrels and finished for an additional four years in Limousin oak barrels. The imported French Limousin casks are highly sought-after, allocated and prized as they activate unforgettable flavors of woody vanilla, sweet candy cacao and thick, white chocolate. The creamy finish of this bourbon is both sensuous and aromatic, with a vanilla content that is off the charts and the liquid clocks in at 101 proof. Each bottle is housed in a custom-built display case, framed by a photo of the Texas Gulf Coast, and hand-signed and numbered by Master Distiller Donnis Todd.

In 2020, the distillery had planned its first release of Laguna Madre to the market, but when the coronavirus pandemic hit, it changed everything. Dan Garrison and team knew this extra special bottle needed to be put to better use and dedicated the release to support an extraordinary cause. Laguna Madre was used to launch Operation Crush COVID-19 driving donations to Good Bourbon for a Good Cause the distillery’s 501(c)3 public charity. The 2020 Laguna Madre was only available at the distillery and earned by those who donated $1,000 or more. The organization was able to raise more than $400,000 to help American communities recover and rebuild from the ongoing coronavirus pandemic.

In addition to the special distillery release event, Laguna Madre will be available at very few select retailers and bars and restaurants across the nation beginning in May 2021 for those fortunate enough to spot and get their hands on a bottle.

At the San Francisco World Spirits Competition in 2020, the Garrison Brothers team was awarded a double gold medal for its Balmorhea Twice-Barreled Bourbon, a silver medal for its Single Barrel Bourbon, and a bronze for its Small Batch Bourbon. Jim Murray’s Whisky Bible named Garrison Brothers Cowboy Bourbon “American Micro Whiskey of the Year” in 2014 and again in 2017. Whisky Bible awarded the same distinction to Balmorhea Twice-Barreled Bourbon for 2019, 2020 and 2021. Garrison Brothers was voted Best Craft Whiskey Distillery in America by readers of USA Today in 2017.