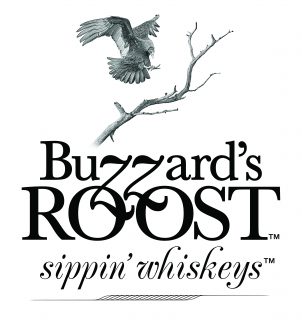 Louisville, Ky. – Named one of the Best Whiskeys of 2020 by Paste Magazine and recently earning Double Gold at San Francisco World Spirits Competition, Kentucky’s Buzzard’s Roost Sippin’ Whiskeys is “sippin’ up to Boston” (and surrounding areas in MA) this spring. Massachusetts is the first state to receive product distribution outside of the Bluegrass State since the award-winning brand launched in mid-2019.

“Sales of domestic whiskey continue to grow in Massachusetts,” said Buzzard’s Roost CEO and Co-Founder Judith Hollis Jones. “We hope to be a part of that growth as our products roll into the state. We selected 21st Century Wine as our distribution partner because of their growth in premium spirits. With their years of experience in fine wines, 21st Century appreciates the exceptional, nuanced flavor of Buzzard’s Roost whiskeys created by our maturation process.”

Unique to the whiskey industry, Buzzard’s Roost uses proprietary barrels – all charred or toasted to a specific specification in order to create distinct flavor profiles. Once the whiskey is selected, it is re-barreled using the one-of-a-kind barrels and aged in Kentucky warehouses.

“Think of the staves we use in our barrels as a spice rack,” said Jason Brauner, Buzzard’s Roost Master Blender. “By picking and choosing flavor profiles specific to the wood on a molecular level, we can make a pretty good guess at what flavors will be imparted on our whiskey. After resting only a few weeks in our new barrels, the whiskey is purposefully transformed and ready for bottling.”

From opening the first bourbon-focused bar in the early 2000s to pioneering the concept of restaurant barrel picks, Brauner is well-known throughout the industry for being at the forefront of whiskey. His latest passion project is no different; Buzzard’s Roost is a unique rye designed specifically with the bourbon drinker in mind.

“We think rye whiskey is a great space to be in – but sometimes the earthiness is too much for the casual drinker,” said Brauner. “We set out to create a sippin’ rye whiskey. Something for the bourbon drinker who is used to ordering whiskey neat or on the rocks.”

21st Century Wine is a Massachusetts distributor of fine wines and spirits from France, Italy, Spain, Austria, Greece, South Africa, Germany, New Zealand, Hungary, Australia, Argentina, Croatia, Lebanon, Slovenia, West Bank, United States and Chile. Representing producers that are leaders within their regions with portfolios that are exceptional in both quality and value, 21st Century Wine strives to build upon this base with unparalleled customer service as well.