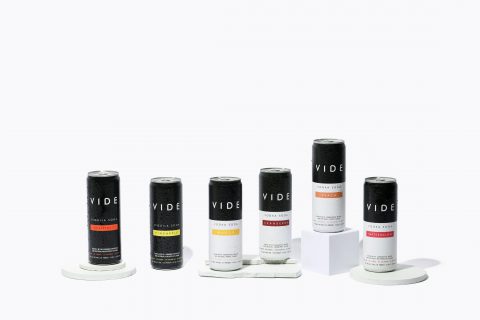 VIDE continues to innovate across its spirit-based, premium canned cocktail portfolio with the addition of 4 new SKUs: Peach Vodka Soda, Mango Vodka Soda, Grapefruit Tequila Soda, and Pineapple Tequila Soda. The company also released a Vodka Soda Variety 8-Pack, housing all four vodka SKUs in one convenient offering. “Consumers now more than ever look for convenience, good value, and variety. The introduction of the variety 8-pack has given our consumers just that,” says VIDE Co-Founder & COO Sal Campisi. On the introduction of the tequila SKUs, he adds, “appealing to tequila drinkers, in addition to vodka drinkers, has been a priority for us since launching the brand. We’ve partnered with the most awarded distillery in Jalisco, Mexico to bring our vision of quality, transparency, and  convenience to the tequila soda drinker.”

To support recent expansion plans, the VIDE team makes crucial new hires, notably Kelly Smith, former National Sales Manager for On the Rocks Cocktails,  recently acquired by Beam Suntory. Smith brings with her two Regional Sales Directors to VIDE from On The Rocks. “Successful alcohol brands like VIDE have distinct traits that set them apart from the rest. We do not hope for success, rather we have a roadmap to get there through three crucial elements; passion, people, and product. VIDE has just that and I am so excited to be a part of such a young, hardworking organization”, says Smith.

VIDE Co-Founder and CEO Ryan Laverty adds, “We’re so thrilled to have such great distribution and retail partners that see the potential for the brand and category. Attracting top-level talent to the organization has always been our number one priority.” VIDE is currently served at notable locations throughout the country, including BevMo!, Total Wine & More, Las Vegas McCarran Airport, The Loews Hotel (Miami), Billy’s Sports Bar, and many more. VIDE ships from its website, catering to consumers across the US in 33 select states.