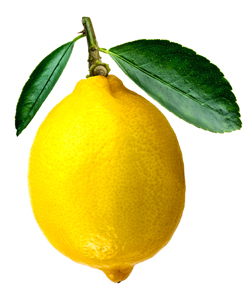 Lemonade, that quintessential summertime drink, is becoming a drink for all seasons. No longer resigned to backyard barbecues and ball games, the category has seen a surge in year-round consumption. Consumer demand for the beverage drove sales of single serving bottles to $154 million over the last 52 weeks, up 11.3 percent over the same period in 2010, according to Symphony/IRI data. That number is only partially revealing of the pace of lemonade’s growth, however, because much of that growth has come in the up and down the street accounts that are the bread and butter for the marketers who have benefitted the most from lemonade’s popularity: tea companies.

In fact, lemonade’s new cycle of growth is interesting because it is taking place largely as an adjunct product to RTD tea, which has found it to be both a convenient part of the product mix and a highly successful combination product. From AriZona’s “Arnold Palmer” to New Leaf’s “Tiger” to Honest Tea’s “Half & Half”, the mix of lemonade and black tea has

been one of two strong forces driving up lemonade sales, and also driving them up on an under-the-radar basis. Another has been the growth of a single brand, Calypso, which developed a tasty, fairly inexpensive, low-barrier to entry lemonade line on the East Coast that many larger companies have attempted to copy.

While it’s not a hard move conceptually to combine tea with lemonade, it’s the arrival of Calypso as a regional force that seems to have energized the market – in much the same way that Snapple did more than a dozen years ago.

Tim Kezman, the president of King Juice Company, which makes of Calypsos, cited the relatively simple messaging needed to market the lemonade as a key factor.

Simply put, he said, “Everyone knows what lemonade is.”

It’s simple but hard-won wisdom, Kezman explained. Before Calypso began selling lemonade, the company produced two functional beverages, each of which fared poorly in the market. Kezman said he found that the high cost of educating consumers as to the benefits of the products prompted their failure — and spurred a desire for the company to develop a beverage that appealed to a wide variety of demographics and didn’t require a great deal of consumer communication. For Calypso, lemonade was the answer.

Calypso, which has carried a line of lemonades since 2000, has seen double digit sales growth in each of the past eight years. And over the past 12 months, sales of Calypso lemonades were up 51 percent, rising to $14.7 million, according to IRI, far outpacing lemonade sales of brands such as Snapple and Tropicana. And according to some within the beverage industry, it is Calypso’s track record of success that drew tea companies into the mix.

“No one paid attention to lemonade until [companies] saw Calypso’s strong year after year sales and wanted to get on board,” said Tom LeBon, co-founder of New Age Beverage.

LeBon, whose Denver, Colo.-based distribution company carries a number of lemonade brands, also pointed out that as a whole, the ready-to-drink tea category has weakened from its once-scorching pace. Although the category continues to grow, tea companies are not getting the same sales increases that they once did, and, seeing the movement and potential of lemonade as a product on the rise, they imagine that it’s not a big lateral step to take.

Take New Leaf, which began producing a line of lemonades in April 2010.

“There was unmet consumer demand for a natural and ‘good-for-you’ line of lemonades,” said Lynne Magner, a marketing manager at New Leaf. “Our teas offer consumers a delicious, healthy and all-natural alternative that we wanted to expand on, and lemonade seemed like the perfect fit.”

Magner also pointed out that lemonade was not a saturated market and one poised for greater growth as consumers increasingly turn away from consumption of carbonated soft drinks. The company believes so strongly in the growth of the category that, according to Magner, New Leaf is now leading with lemonade as its featured product line.

While it is somewhat surprising that New Leaf would devote greater energy and resources into its lemonade products, it is not entirely unexpected. The products fit nicely with tea companies’  core lines, providing economies of scale for packaging, sweeteners, and the like.

Additionally, in many of the same occasions when consumers purchase tea drinks, they might just as often buy a bottle of lemonade, noted Seth Goldman, the CEO of Honest Tea.

Goldman, whose company introduced a new zero calorie lemonade in May, explained that lemonade is a particularly complimentary beverage for the company in the sense that it is produced and marketed along the same lines as its tea drinks.

Although it’s highly unlikely that Honest Tea will ever follow New Leaf’s lead and produce lemonade as its primary beverage, “The most important part of our name is the word, ‘honest,’ not the word, ‘tea,’” Goldman said. “[For our lemonade], we use the same brand traditions and taste profile as Honest Tea, starting with organic ingredients.”

In the same vein, AriZona Beverages, the country’s largest seller of RTD teas, created a lemonade product that became a highly successful line extension for the company. Carrying the same “big can” style, according to communications manager Casey Sullivan, the product does well in the market as the beverage is one that carries appeal across multiple demographics, while AriZona’s Arnold Palmer brand, with the classic lemonade/tea mix, has been a runaway hit for the company.

Still, there’s something of an overload point for all-natural lemonades, much as there’s been a strong burst of overcrowding in the tea space lately. Sanwat Gill, the CEO and founder of San Diego based distributor 5 Star Beverages, for example, believes strongly in the growth of the lemonade category, pointing to solid results in year over year sales. However, while his company currently carries a number of lemonade products, he cautions that 5 Star is unlikely to carry too many competing lemonade brands, particularly until he is convinced that lemonade is truly a year-round product.

“For us, lemonade sells really well in the summer and dies down in the winter, and so for new products on the market, it’s really about trial and error once it’s on the shelf,” Gill said. “Ideally, the maximum we want is six to eight SKUs of any brand. Any more than that and it becomes tough to find shelf space.”

But that doesn’t mean that there isn’t plenty of room to grow, particularly considering the fact that no true national lemonade brand has come to cause the kind of sensation that once accompanies the growth of Snapple of Nantucket Nectars.

And while that might create room for competition, Kezman seems nonplussed.

“Up until a couple years ago, the category was pretty empty,” he said. “We’ve remained true to the quality of the product, and we haven’t cut costs just to have a lower price point at retail. We’re aware of and respect our competition, but are not scared of our competition.”