While most entries into the coconut water space have been focused on either straight coconut water or traditional or tropical fruit flavors, Zico did something radically different by launching a chocolate flavor.

It was definitely a risky move on their part – and its something that hasn’t yet realized its full potential – but so far the response to it is extremely positive.

It’s one of those products that is almost universally liked – even people who don’t like coconut water seem to make an exception for this one.

And when it comes to BevNET Best of Awards, the ability to take something that’s innovative and turn it into something that clearly has some commercial legs to it is exactly what the panel looks for.

Body Armor super drink is a fruit flavored line of functional beverages that has a coconut water base. In addition to coconut water, Body Armor takes a “kitchen sink” approach, with functional ingredients that tackle hydration, recovery and antioxidant-based health protection. Plus it has really great looking packaging in a proprietary bottle that really reflects its brand purpose. Ultimately what made our panel give the award to Body Armor, though, is that regardless of functionality this is a proiduct you’d want to drink over and over again.

A combination of tea and lemonade, standard energy ingredients, and electrolytes – even a little bit of coconut water – put Monster Rehab on a higher level than most other entries from a functional perspective. The flavor was also spot on — it was easily the best tasting energy drink that the panel tasted all year.

Additionally, Monster has always featured strong branding and the Rehab product is no different. The can is very familiar in appearance but it also offers unique yellow and faded gold tones really help sell the tea and lemonade flavor inside.

That’s why, after much jittery deliberation, Monster Rehab is the winner of BevNET’s Best of 2011 Best Energy Drink.

While the product has been on the market longer than just this year, 2011 was definitely a big turning point for the brand, both because of the company’s execution and because the function – relaxation – became validated by a plethora of products in the space.

And as far as those products go, Dream Water is the cream of the crop. Our panel loved the branding, the flavor, and their approach to describing the function of the beverage without making it seem like a pharmaceutical product.

The rehydrated chia seeds, which float throughout the drink set this product apart from not only other chia beverages most other beverages as well. Meanwhile, the glass bottle and clean label combined with the striking visual of the suspended chia seeds. The combination of visual and ingredient innovation catapulted this product to the top of the panels’ list.

What makes Joia so special is its unique approach to flavor. The company combines mellow fruit flavors with spices and herbs to create something that’s extremely unique and addictive.

Additionally, the branding of their product is very clean and attractive, with whimsical looking graphics that are well executed and should be very appealing with consumers who are seeking a natural soda.

Ultimately, the panel really liked that this product felt both different and familiar, a combination that is difficult for many brands to achieve.

GT’s, the winners of BevNET’s 2010 Product of the Year award, executed these new flavors extremely well. The blend of chia seeds tastes great and cuts down on the fermented flavor of the kombucha. The chia addition also provides additional health benefits, and the company has given the product an eye popping visual look. Our panel decided that the combination of great flavor, appearance and innovation should be a boon for both the kombucha and chia categories.

Jamba’s brand has spread to several new products RTD drinks as part of an awareness-raising campaign, but this product was definitely the best of the bunch.

The design of the bottle is unique and appealing, with a cup on the cap that helps the consumer pour just the right amount; from a flavor point of view, these products use very enjoyable Brazillian superfruit enhanced formulations brought to the party by ZOLA, Jamba’s partner in the product.

Each variety has its own unique blend of enhancements, which include things like vitamins, antioxidants, and natural caffeine.

Overall, our panel felt that this product did a great job of blending flavor, functionality, and packaging Plus it has the Jamba brand, which is well known as for its premium products.

Every year there are dozens of products that relaunch and restage themselves but our panel believes that this year it was Deluxe Honeydrop that shined the brighest.. The switch from an ehanced water to a tea and juice play was significant and well done, and helps the brand execute better behind its core honey branding. Additionally, Honeydrop moved from a 16 oz. stock PET container to a propietary glass bottle and redesigned its label, both of which help clarify the brand’s focus.

Simpli is an oat-based product that comes in a couple of different flavors and packaging formats. And in additon to being a potential dairy alternative, Simpli Oat Shakes contains protein, fiber and vitamins, making it something that can definetely satify your hunger. And their chocolate flavor is one of the best-tasting non-dairy chocolate flavors out there.


Greater Than is a coconut water based sports drink that launched last year. However, in 2011 the company tweaked the flavors and added a sharp-looking black label. One of the key components to Greater Than is its mathematically iconic branding, which, combined with its grassroots marketing campaign in Chicago, has really help the brand resonate in the sports community. And when it comes to sports drinks our panel thinks Greter Than is one of the best-tasting entrepreneurial entries into the category in a long while. 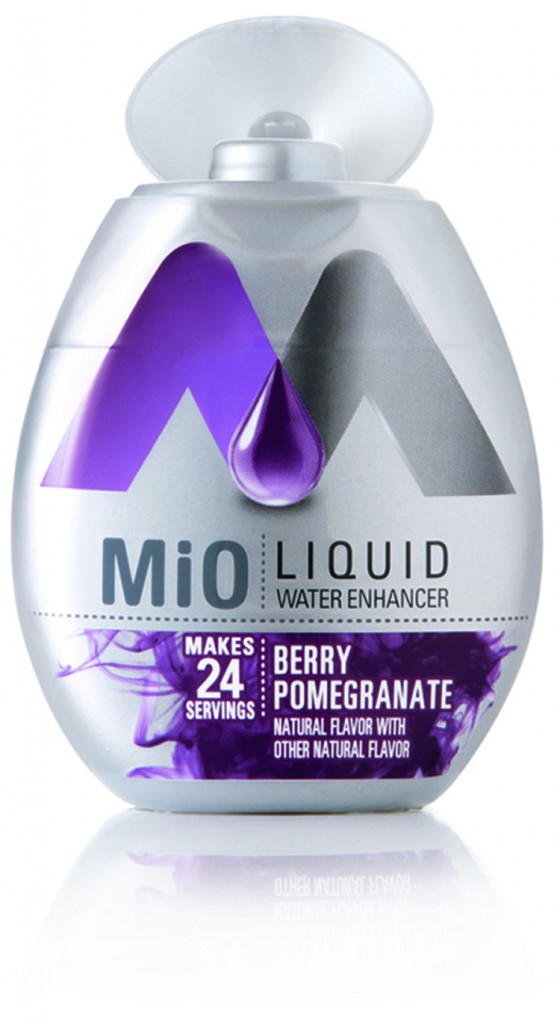 This liquid flavor enhancer was designed to be mixed with water, like other products in the category, but it’s dispensed from a nifty-looking, convenient 1.6 oz. bottle that makes about 24 drinks per container. While each of Mio’s flavors taste great, it is the fact that Mio complete dissolves in water without mixing any kind of ingredient “cloud” or clump impressed the panel the most.

The product – which is positioned as an “aloe water” – is the most innovative and well executed product that entered into the enhanced water category this year. The panel really likes the packaging and positioning of the product, which seems much more approachable and mainstream compared to most other products using aloe vera.

Up and coming coffee roaster Stumptown won the award for Packaging Design this year for its Stumptown Cold Brew.

The fact that they chose a stubby – a little brown glass bottle that has been around forever – and turned it into something that feels modern, cool, and innovative impressed the panel a lot. Plus, they did a great job executing the vintage style label art. Both of these are very consistent with the Stumptown brand.

The label is clean, readable and direct – you know exactly what it is. Plus, the silkscreen application gives the appearance of quality, which is what Stumptown is all about. Just from looking at it, it’s clear that the coffee inside the bottle isn’t going to disappoint.

CSWISS’s new cardboard can, which is made by a European company called Cartocan, is a highly innovative and brand-appropriate take on the ubiquitous 250ml energy drink can.

Aside from having a softer feel in your hand, the cardboard makes for much more vibrant colors and helps the design for CSWISS really pop.

But for the panel, it ultimately came down to the fact that this is an innovation on a package format that has already proven itself and been massively successful.

Vita Coco’s “Hydrate Naturally” campaign is simple and easy to understand, but it’s also a powerful and succinct way to state the benefit of the product.

In core markets they canvassed both Los Angeles and New York with ads featuring crossover superstar Rihanna, while in Boston and New York they also utilized sports icons in Alex Rodriguez and Dustin Pedroia.

What’s great about all of these campaigns is that the product use seemed natural rather than forced and it reiterated that Vita Coco is a product that can be consumed during many different occasions.

And, as with the product itself, their campaign was everywhere in target cities – up and down the street, on buildings, buses, and even in the media. It was clearly a campaign that reached the masses, while building Vita Coco as a product that crosses many racial, ethnic, and class barriers as well as myriad use occasions.

The campaign for the Coca-Cola Freestyle, which is a unique on-premise soda delivery system that allows consumers to build custom tailored beverages, was spearheaded by two very clever digital applications. The first was an iPhone app, which, using the same interface as a Freestyle machine, takes users through a classic memory game. The second was a Facebook application that used the same interface as the Freestyle machine to allow page visitors to build their own virtual drink.

Both of these efforts have helped Coca Cola create excitement and build an “insider” group of fans who have their own attachments to the machine in much the same way as visitors of In-N-Out Burger on the West Coast have their own language for their orders. For creating a following online that is actually translating into concrete usage offline, the Coca-Cola Freestyle campaign is the winner of best social or interactive marketing.