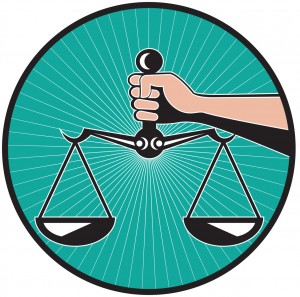 As we come to the close of what has been a tumultuous year, I want to take stock of some of the issues that have dominated the news recently.

The events of the past few weeks in my home city of New York are staggering and overwhelming. It is hard to comprehend the devastation from hurricane Sandy. My heart goes out to the families who have lost everything. The path to recovery is daunting and they might never be able to be whole again. Let’s hope they can.

The efforts to recover and rebuild have been exemplary. I admire the thousands of volunteers, relief workers, the fire and police departments, the civil servants, the MTA and utilities workers who have gone above and beyond to help their follow citizens. The efforts of people to come from all over the country for a common cause are impressive. It brings out the best of people in the worst of times. I also give a special shout out to the dozens of beverage companies, large and small, that have given product, resources, money and equipment to aid in the efforts. Our industry is a kind, benevolent one that, at crunch time, is there to serve the public. I laud all the companies, too numerous to mention, that have contributed to the recovery. We have our priorities straight.

It’s a stark contrast to an issue that has dominated our beverage universe – the controversy surrounding an unjust wrongful death lawsuit filed against Monster Energy. Monster is not alone in being attacked and vilified in the public. Many of the other players, in all categories, have been cited, sued or browbeaten by the media. They are all easy targets for the litigious and frivolous acts brought by classless class action lawyers and single case filers looking for a quick buck. It is sad that this young girl has died, but it is not the fault of their energy drink.

There have been well over 8 billion servings of energy drinks over the years just from Monster, and billions more from the likes of Red Bull, Rockstar and everyone else. The track record of these products is above reproach. All CPG categories should have that good a record. If someone is irresponsible in their consumption of any product, in any category, it is not the responsibility of the manufacturer, but of the consumer. Abuse is on the backs of the public, not the producers. You are accountable for your decisions.

The actions of Mayor Bloomberg, who I am an incredible fan of, in his quest to regulate quantity of consumption, are misguided. These legal actions, even more so. I fear sometimes that Americans don’t want to be responsible for what they do. It is so easy to blame everyone and everything for all that goes wrong. Man up and look in the mirror for the failings.