From the now-ubiquitous Samuel Adams commercials urging viewers to “Take Pride in Your Beer,” to appearances by Dogfish Head Beer founder Sam Calagione on both The Today Show and The Martha Stewart Show, craft beer has slowly made its way into American households, and is undeniably one of the fastest growing categories within the beverage industry. According to recent Brewers’ Association data, craft breweries sold nearly 11.5 million barrels of beer in 2011, up from 10.1 million barrels in 2010, with total dollar sales of craft beer leaping to an
estimated $8.7 billion, up 15 percent the previous year.

Despite significant gains in sales and consumption, mainstream education and awareness of craft beer remains hazy. And while miniscule marketing budgets play a role, the biggest barrier to consumer acceptance may be the very notion of craft beer itself.  What differentiates a “craft” beer from a “regular” beer? What is a “craft” brewery? And, better yet, what the heck does “craft” even mean?

Before getting too deep into terminology, let’s back up for a moment, and take a brief look at the evolution of craft beer in the U.S., as well as the laws and organizations that govern the category.

HOW WE GOT HERE

Though small breweries have a long history in the U.S., the 1970s marked a turning point for independent and regional brewers, as much as it did for the notion of American beer. Within the decade, consumers began to transition away from consumption of traditional beer styles and toward that of effervescent, low-calorie lagers, often referred to as “light beer.” The shift was, in large part, perpetuated by highly effective and widely visible marketing campaigns engineered by the country’s large, industrial-sized breweries, including Anheuser-Busch, Miller, and Coors.

Changing consumer tastes resulted in a huge decline in the number of independent brew houses and a spate of brewery consolidation. By the end of the 1970s, there were only 44 breweries in the U.S. with expectations that the number would eventually drop into the single digits. (A quick fast-forward, just for comparison’s sake: at last count, there are nearly 2,000 American breweries in operation today.)

Spurred by a lack of bold and flavorful options in the marketplace, a growing number of individuals began to embrace homebrewing, even though the craft (hint, hint) was, at the time, an illegal one. By the end of the decade, however, grassroots lobbying efforts to repeal federal restrictions on home-brewed beer and wine finally succeeded. In 1978, U.S President Jimmy Carter signed into law a bill that allowed for the production of 100 gallons for a single adult, and 200 gallons for a household with two or more adults.

The new law had a significant impact in reviving disappearing beer styles and brewing traditions, and opened the door to a few small breweries, including The New Albion Brewery in Sonoma, Calif., and the Boston Beer Company, maker of Samuel Adams. These breweries became the foundation for a new so-called “craft beer” industry, which crept into the 1980s and quietly made its mark via the popularity and growth of higher quality beers accompanied by a steady rise in regional distribution. 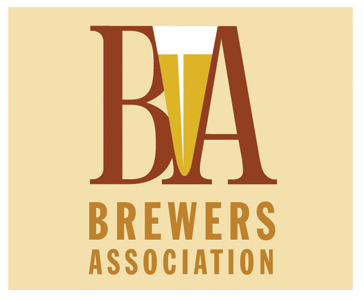 The renewal of small breweries also gave rise to a number of industry and trade organizations established to support the growth of craft beer through the development of knowledge sharing programs, sales and marketing support, and government relations boards. These organizations included the Association of Brewers (which also included the American Homebrewers Association and the Institute for Brewing and Fermentation Studies) and the Brewers’ Association of America.

In 2005, the two groups merged to form the Brewers Association (BA), a member-funded and operated trade association whose mission statement is “to promote and protect small and independent American brewers, their craft beers and the community of brewing enthusiasts.” In addition to supporting the overall promotion of craft beer, the BA plays a key role in defining industry terminology and the designation of craft brewery segments.

According to BA guidelines, an American craft brewery must adhere to three specific guidelines: it must be small, independent, and traditional.  Here’s what they mean by that:

INDEPENDENT: A brewery that is has less than 25 percent ownership or controlling economic interest by a member of the alcoholic beverage industry that is not a craft brewer.

TRADITIONAL: A brewery that produces only malted barley-based beer or has at least 50 percent of its production volume in either all-malt barley beers or in beers which use adjuncts (such as rice and corn) to enhance rather than lighten flavor.

The Brewers Association defines segments of the craft beer industry in terms of production volume as well as how breweries distribute their products. The BA designates craft breweries as follows: microbrewery, brewpub, contract brewing company, and regional craft brewery.

MICROBREWERY: A microbrewery produces less than 15,000 barrels (1 barrel = 31 gallons) of beer per year. Microbreweries must sell 75 percent or more of their beer off-site and have relative flexibility in the way they can distribute, pursuant to individual state regulations in which the brewery operates.  In most states, a microbrewery can sell its products via the traditional three-tier system (brewer to wholesaler to retailer to consumer), and/or the two-tier system (brewer acting as wholesaler to retailer to consumer), and/or direct to consumers through on-premise sales.

Microbreweries have become the fastest growing segment in the craft beer industry; of the 250 new brewery openings in 2011, 174 were microbreweries. A significant percentage of microbreweries start out as a “nanobrewery,” a very small brewery operation often launched by home brewers attempting to turn their craft into a career. Like any other brewery, and despite its tiny size, a nanobrewery must be licensed by the U.S. Alcohol and Tobacco Tax and Trade Bureau (TTB).

BREWPUB: A brewpub is a restaurant-brewery that sells 25 percent or more of its beer on-site. The beer is brewed primarily for on-premise sales and often dispensed directly from a brewpub’s tanks. Brewpubs can sell beer “to go” and distribute to off-site accounts, however, the BA re-categorizes a brewpub as a microbrewery if its off-site beer sales exceed 75 percent of beer production.

Brewpubs currently represent the largest segment of craft beer. Of the 1,940 craft breweries in operation last year, 1,063 were brewpubs.

CONTRACT BREWING COMPANY: A contract brewery is one that hires another brewery to produce its beer – known as the producer-brewery – and/or a brewery with limited capacity that hires another brewery to produce additional quantities of its beer. A contract brewery handles the marketing, sales, and distribution of its beer, while the brewing and packaging of its beer is left to its producer-brewery.

Contract brewing is often the quickest and least expensive route to starting a new beer company. Most contract breweries pay flat fees to its producer-brewery based on a number of barrels produced. The benefits are clear: a contract brewery can build its brand without the difficult and time-consuming process of acquiring state and federal brewing licenses and none of upfront capital costs associated with the construction of a brewing facility.

REGIONAL CRAFT BREWERY: A regional craft brewery produces between 15,000 and 6,000,000 barrels of beer annually. With a growing number of microbreweries increasing production and expanding into new distribution territories, the number of regional craft breweries is on the rise, yet the segment is still the smallest within the craft beer industry. Nevertheless, these larger operations represent the largest sales growth for craft beer, so much so that the Brewers Association created what has come to be known as “The Sam Adams Provision.”

Up until 2011, the Brewers Association based the production ceiling for a craft brewery on a 1976 tax code which defined “a small brewery” as one that produced less than 2 million barrels of beer per year. By 2010, however, the Boston Beer Company (BBC), the largest craft brewery in the country and manufacturer of Samuel Adams beer, was approaching 2 million barrels of production, with expectations that it would exceed that amount within a short number of years.

While the BA refuted claims that it was changing its definition of craft beer in response to the growth of BBC, on December 20, 2010, the BA’s board of directors voted to alter the BA’s designation of “small” craft brewer to refer to “any independent brewery that produces up to 6 million barrels of traditional beer.” Notably, BBC is currently – and has always been – the only craft brewery that produces over 1 million barrels of beer.