Certainly, the market presence for Living Essentials’ 5-Hour Energy has proven unassailable in its category: the brand has withstood challenges from every major energy drink company to become the third-leading energy beverage maker by volume, ahead of even Rockstar when sales numbers are compared. Red Bull scuttled its energy shot soon after trying to take on Manoj Bhargava’s 2 oz. silver bullet. Monster Energy tried Hit Man – which missed – and Worx, which hasn’t.

The latest direct shot across the bow is from Street King, a brand that has sworn to spend upwards of $70 million in promotion to try to chase down some share growth. The marketing torrent has the brand on an upward trend, but it’s a small one.

Through it all, however, the sales of 5-Hour have roared upward, through innovative marketing, an ever-expanding pipeline of retail channels (golf shops, airplanes, hotels).

The brand stands at more than $1 billion in sales. That, however, is pretty much where it’s been mired for the better part of the year. In fact, since last October, the brand has largely stagnated, hitting a ceiling of about $1.19 billion, and inching back and forth.

Now, that’s not a bad business… just ask Street King, or any other of the aspiring brands trailing in the category.

But that huge surge of upward momentum – the found sales – that have powered the brand’s five year ascension seems to have tailed off. So what could be sapping 5-Hour Energy’s energy?

In celebration of each hour, we’ve looked at five possible reasons.

1. Bad Publicity:
While Living Essentials dodged a bullet when it wasn’t among the energy drink companies called before a Senate committee hearing on marketing to children, 5-Hour has been regularly lumped in with Red Bull, Monster and Rockstar when it comes to many of the other reports that have created public concerns about energy products overall.

One thing that has helped 5-Hour avoid the harshest part of the spotlight is that it has been relentless in its pursuit of older consumers, rather than the 18-35 year-olds that energy drink companies claim are their main drinkers. Certainly, one doesn’t hear Monster advertising on NPR or Red Bull taking out ads in AARP publications, as 5-Hour does. Even early 5-Hour television advertising tried to draw a line between the energy drink chugging skater dude and the professional 5-Hour energy consumer.

“The energy drink guys do target kids, we don’t,” Bhargava told CBS News’ Jon LaPook during an interview last year. “If you hold up a 5-Hour Energy, you’re not cool, you’re functional.”

2. Energy Fatigue:
5-Hour isn’t the only brand slowing; in fact, the others are as well, with both Red Bull and Monster seeing their growth rates tamped down and Rockstar lagging the category. Rockstar executives have made it clear they believe that growth for its competition has come from promotional pricing, and Monster’s revenue numbers confirmed that during a recent quarterly earnings call.

As a privately held company, 5-Hour obviously doesn’t have to reveal its numbers – but the company also doesn’t really sell on promotion, either. By dealing largely through a network of direct-ship and individual distributors, it’s not subject to a lot of the same problems that its competitors face, but it also has trouble juicing sales through discount periods. Being able to maintain selling levels without obvious price incentives is indicative of a category that’s not going away, but is it promoting inertia as well? 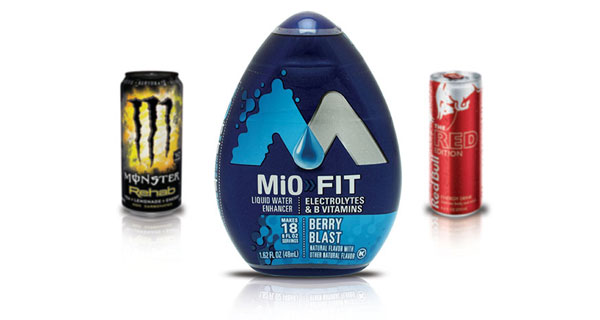 3. Innovation has created competition… from outside the category:
Bhargava has made it a point of pride that he innovated in the category on packaging, taking an 8 or 16 oz. product and turning it into a 2 oz. shot, something that he imagined couldn’t be matched by the bigger companies. But guess what? It turns out that what had been an unassailable lead is actually a head start. Kraft’s MiO is even smaller, and it’s also throwing out energy in squeezable, customizable, cheaper-per-portion doses from a company that isn’t suffering from the same rocky public perception plaguing 5-Hour. It’s no coincidence that as 5-Hour has slowed, MiO has grown; in fact, at $55 million for its caffeinated variety alone, MiO is already three times as big as 5-Hour’s nearest shot competitor, and growing fast. And it isn’t hurting that MiO is also popular with women, who have been a key contributor to 5-Hour’s growth.

4. Coffee has staged a comeback: Iced coffee sales are trending upward both in to-go and rtd formats, and that could mean that cold brews are soaking up some of Living Essentials’ share of stomach. There’s an irony here, as high-caffeine products like 5-Hour may have made consumers more comfortable with the higher caffeine content in iced coffees.

5. Zeroes Across the board:
One of 5-Hour’s chief advantages over competing energy products – and one that made it appealing to the older set – has been its low calorie formulation. But much of the recent growth for the big energy drink companies has come from zero-calorie SKUs, which may be keeping an aging cohort of consumers in the category. Indeed, the three most successful line extensions to hit the category are Monster Rehab, Monster Absolute Zero and Red Bull Total Zero, with Rockstar’s own “zero” introduction just around the corner. That’s about $650 million in sales that weren’t there in recent years – and that may be keeping calorie counting consumers from switching to the shot.

So what happens next? It’s hard to see a billion dollars in revenue as much of a problem, but Bhargava has been known to get restless – in fact, he came out of retirement after making his first fortune in industrial sales in order to start Living Essentials in the first place. He’s already announced plans to come up with a satiety nutrition bar, and with his penchant for disruption, it could be a potent weapon indeed. He’s on record as saying that once an outstanding product is in place, it’s all execution from then on (along with a raft of lawyers). If 5-Hour is to shake itself out of the doldrums, however, it’s likely to take a mix of determined execution and innovation. Either that, or the brand has matured to the level of its target audience – and will maintain a middle-aged maintenance approach from here to eternity.