TalkingRain, the makers of Sparkling Ice, darlings of the beverage industry, ascended in quick fashion with its relatively basic yet effective business formula. A steady mass suggested retail price of $1.19 to $1.29. Zero calories. Tall, slim, colorful bottles. More than 25 years of persistence and understanding of the marketplace. However, these traits alone couldn’t elevate the product as quickly as it has. The uptick also required an understanding of the flavors in demand.

Kevin Klock, TalkingRain’s CEO, said at BevNET Live in December 2012 that when he recognized the success of Sparkling Ice Orange Mango, he quickly adjusted. The Sparkling Ice line now has nine different flavors, with most of them combining two well-known flavors, like orange and mango, to create something new. Examples include Peach Nectarine, Coconut Pineapple and Pomegranate Blueberry. And according to representatives of flavor houses, these kinds of flavor blends comply with a key flavor trend: combining the old with the new. It’s a strategy that may not be ornate or cutting edge, but it remains effective and, in the eyes of the consumers, new enough. 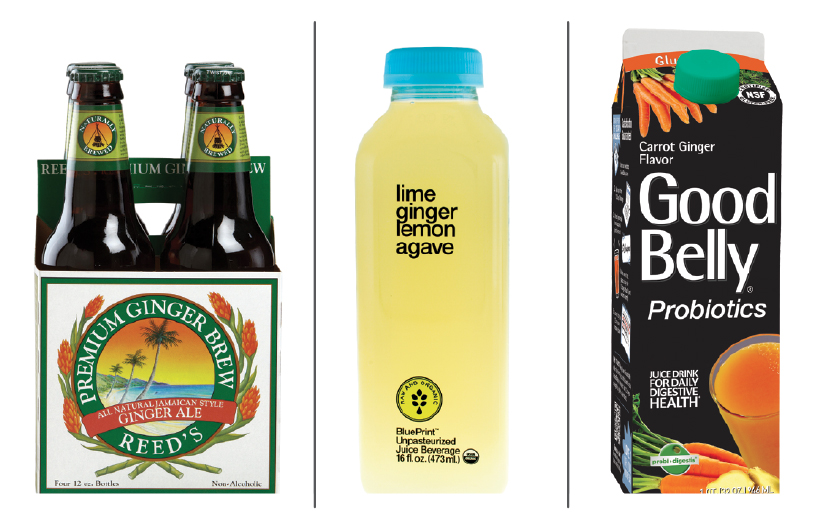 There’s nothing new about peach-flavored beverages in the water or tea categories. However, by combining peach with nectarine, as TalkingRain has done, the company is keeping consumers from being too bored – or from taking too far of a leap into the unknown. For now, at least, the non-alcoholic beverage industry hasn’t quickly embraced the latest flavors of the spirits industry, regarded by some as a leading source for flavor innovations. These basic flavor blends don’t represent massive steps in a new direction, but that’s part of the point.

“The long-established familiar with the exotic flavor combination is still alive and well,” Spenske said. “I don’t think I’m going to outlive that approach.”

“I think that consumers, quite often, they are somewhat conservative and would rather not look too far from their comfort zone,” said Bob Verdi, the business director of health and wellness for Virginia Dare, a Brooklyn, N.Y.-based flavor and extract company.

This stance explains why an ingredient such as ginger remains on the cusp of proliferation rather than firmly entrenched in the mainstream. Verdi said that ginger can be too polarizing as a beverage ingredient if it adds too much spice. However, he envisions eventual mainstream potential for ginger with less heat that instead balances a more mainstream flavor. Because of its polarizing characteristics, Verdi isn’t promising success for ginger, but he recognizes the appeal.

“It’s trending and works in a lot of products,” Verdi said.

A significant part of ginger’s appeal is based in its flexibility as an ingredient. The ingredient serves as the foundation of Reed’s Ginger Brews, a line of seven ginger sodas by Reed’s Inc. In February, the company announced that its revenues in 2012 increased 20 percent to more than $30 million. In December 2012, BluePrint, the makers of fresh-pressed raw fruit and vegetable juices and juice cleanses, debuted its Ginger Limeade. NextFoods, a functional foods company and the manufacturer of GoodBelly probiotic juice drinks, introduced its Goodbelly Carrot Ginger juice in March. Of course, ginger continues to serve as a key component of ginger ales. Verdi said that Canada Dry and Seagrams continue to expand their respective footprints with their ginger ales.

Spenske’s take on ginger isn’t as optimistic. He said that he’s keeping his eye on ginger beyond ginger ale and also believes that it has future potential. However, he also said that ginger remains on the fringe for a reason.

“It’s still a fairly challenging flavor to work into many drinks in a balanced way,” he said.

But if, as Spenske believes, companies are wary of the possibility that a combination incorporating a flavor as common as ginger could be too challenging for consumers, it’s fairly easy to see why the non-alcoholic beverage industry hasn’t established flavor trends at nearly the same rate as the spirits industry. And despite an abundance of misses, that industry continues to blaze trails: Spenske said that vodka brands were the first to market sweet, indulgent flavors that resemble nothing more than new takes on vanilla, such as birthday cake, whipped cream and marshmallow.

“That category was able to break a lot of paradigms,” Spenske said. “Just when everybody thought that the flavored vodka category was completely saturated, out comes this whole new set of products.”

Still, spirits flavors are starting to affect some RTDs more intensely. Spenske said that the evidence of its latest influence in the non-alcoholic beverage space can mostly be found with coffees. In August, Sambazon introduced its Energy Peppermint Mocha, a thick and creamy beverage that contains chocolate soymilk, peppermint and shade-grown coffee. In May, Cold Stone Creamery launched its own line of iced coffees that have a smooth and creamy mouth feel and rich flavors such as Mocha and Vanilla. Even Starbucks released its own new iced coffee line in February that contained Vanilla and Caramel flavors.

With these indulgent releases and a host of similar offerings from the coffee category, Spenske said that the flavor creations of trendy cocktail bars and clubs will continue to move faster.“There’s definitely a level of innovation in the spirits industry that maybe hasn’t existed as much in the non-alcoholic categories,” he said.