It’s a trend seen since the emergence of craft: brewers christening their beers with inventive and catchy names that often play on ingredients, formulation or seasonal release. In the case of Dogfish Head’s Wet Hop American Summer, it’s all of the above.

And so when it came time to name its first year-round IPA, Sierra Nevada chose a similar path with its choice of “Torpedo,” which takes its name from the brewery’s innovative “Hop Torpedo” device, a dry-hopping mechanism that was specifically developed to brew the beer. According to Sierra, the “cylindrical stainless steel vessel harnesses the essential oils and resins in hops, without extracting bitterness.”

Putting aside for a moment the technical aspects of its design, however, let’s examine just how fitting the name Torpedo really is. Consider the explosive impact that the beer has had on the craft scene since its official debut in 2009: amid a plethora of IPA brands on the market, Torpedo has soared to become the number one selling IPA in off-premise retail accounts, according to IRI, a Chicago-based market research firm. The beer lands ahead of many well-known competing products, including Lagunitas IPA, Stone IPA and Dogfish Head 60 Minute IPA.

Sales of Torpedo have been nothing short of spectacular, booming by over 50 percent in both 2011 and 2012, while sales are currently up 25 percent year to date in 2013. That’s not all. Launched in February 2012, Torpedo’s 16 oz. can package has proved to be a formidable addition as well. Last year, 4-packs of the brand accounted for over $1.2 million in supermarket sales, the sixth-highest total of all craft beer in cans sold in supermarkets, according to IRI.

Recently, we spoke with Joe Whitney, Sierra Nevada’s Director of Sales, about the development and growth of Torpedo and the impact of the brand on an overall increase in sales and distribution of Sierra products. Whitney also offered up details on the brewery’s foray into cans and why Sierra chose a 16 oz. format for Torpedo, as well as his take on the future of the package for the craft beer industry.

We’ve condensed the interview into an edited question and answer format:

Ray Latif: Sierra Nevada launched Torpedo about four and a half years ago, and the brand has consistently put up huge sales numbers for the brewery. To what do you attribute to the impressive growth? 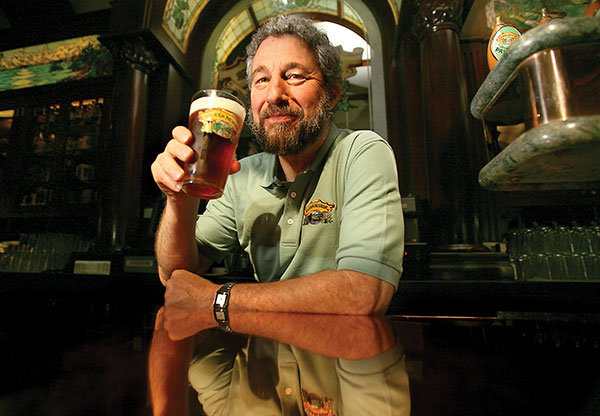 Joe Whitney: We’ve been a hop-forward brewery forever, and we had a lot of IPAs and double IPAs… but there was nothing year-round for people. And we developed Torpedo. [Sierra Nevada founder Ken Grossman] literally drew it up on a napkin at a meeting one day, and said “There’s got to be a better way to dry-hop that better utilizes and expresses hop flavor.”

Then we tested it out in the market and put it out there just because we had the liquid and wanted to see if people liked it, and people went crazy over it.

Torpedo was sort of in and out of the market. We were testing the Torpedo device for about three years before we launched it. I think that sort of build-up created a fanaticism that when we actually launched it, we couldn’t keep up with demand the first year. That was happening on a national level; people [were] finally getting a year-round IPA from Sierra Nevada.

At the same time there was an emergence of a lot of really successful and exciting craft brewers that just happened to [have] more hop-forward beers. Stone has been around for 10 or 11 years; Dogfish has been around longer than that.

You think of a lot of the emerging and rock star brewers, they’ve been hop-forward breweries. Russian River is there too, Lagunitas is there, and that’s kind of where the excitement in the category is. I think in part because a lot of people that have been drinking a lot of craft beer for a long time have kind of landed on IPA.

RL: Over the past year, IPA has become the top-selling style for craft beer, and Torpedo is the fastest growing brand for Sierra Nevada. Can you speak to the convergence of the two?

JW: What happens with your palate is that you get used to that [IPA] flavor profile; there’s just something about IPA that is just right. It’s a big, meaty beer that’s like “do you want steak or do you want fish?” The IPA drinker is the steak eater.

In terms of the go-to kind of beer, most beer aficionados, that I know of, have landed on IPA and stayed there. Because once you get used to that flavor profile, you want that as part of your drinking occasion.

RL: In January 2012, Sierra Nevada debuted a can package for Torpedo Extra IPA (as well as for its flagship Pale Ale). Obviously, the decision was a significant step for the brand. Can you explain the brewery’s mindset before and after launching the new package?

JW: We started talking to wholesalers, and they weren’t very excited about [cans]. The craft brewers that were in cans, outside of Dale’s, nobody was having good success. Even when big players, like Blue Moon, came out with cans, distributors had a lot of confidence, and it didn’t perform that well. So we were a little gun shy.

We [also] talked to people at bars, which is kind of where we happen to have focus groups. They said, “Quality beer in a can – that’s an oxymoron. That can’t exist.” And it just never occurred to them that was a good idea, and it’s something that literally, you have to put it out there for people, and then they think about it and it’s nice when they’re drinking and talking and all of a sudden in a minute and a half somebody thinks, “well, wait a minute, this would be great for the lake or the mountains or the beach or whatever it might be.” It just wasn’t in their consciousness.

I think one thing that really sold us was timing. Having those brands [Dale’s, etc.] out there first, got people used to the idea of craft in cans. People were predisposed to the idea of craft beer in cans… and we get e-mails from people saying that they’re exclusively drinking cans now. A lot of it is also mainstream domestic drinkers that have graduated their tastes, and now they’re craft drinkers. But, they like cans.

It’s opened a new occasion, because those guys were drinking PBR (Pabst Blue Ribbon). Or they were drinking light beer because they’re sort of establishment kind of people.

For example, if you go to a ski resort, PBR is kind of the beer. All of sudden you look and guys are tailgating at a mountain or a ballgame or whatnot and they’ve got craft beer, cause that’s what they’ve got when they go to the bar. But the occasion of “we’re going to have the barbeque” or be at the beach, had always been a PBR kind of occasion for them. Now they’re bringing good beer to those occasions, and it’s a boon for craft beer.

RL: How did Sierra Nevada decide on the 16 oz. can format and 4-packs of cans for Torpedo? 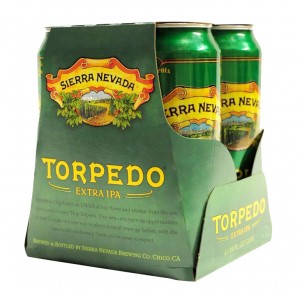 JW: So we thought there was a little bit of a risk doing cans in general, and we wanted to take a softer approach, which is why we only came out with two packages. There’s a lot of folks that have really hit the market hard with a lot of packages. And then also that combined with our distributors not having good success with craft beer in cans, we had to pick the right packages and really support them well.

Torpedo isn’t as big a volume product as Pale Ale. It’s a bigger beer in terms of alcohol and flavor profile. And we were kind of going back and forth between 6-packs of 12 oz., or single serve, or 4-packs. We really didn’t know. We just kind of took a chance. But, we were very careful not to put anything else into 16 oz. [cans], because we just wanted to have Torpedo get out there on its own and have its day. It seemed to be the right package. We’re pretty happy with how it went.

RL: What’s been the impact of the Torpedo can for Sierra Nevada’s grocery and convenience store business?

JW: We all of a sudden we’re able to get a new drinker in C-stores that we’ve never been able to touch with Torpedo. They really liked the cans. And I think that was a really neat thing, because a lot of those C-stores sell it as single-serve. The grocery guys tend to sell it as a 4-pack, and a lot of the C-stores prefer to do it as a single serve. And they’ve had really great success with it, which is something, truthfully, that we never even thought about when we were putting the package together. I think that just presented to a whole new drinker out there, which was really exciting to see. From a volume standpoint, it wasn’t as big as what we saw with 12-packs, but I think when you look at long-term brand building, I think it was the biggest eye-opener.

RL: Cans represent about 10 percent of Sierra Nevada’s overall sales. Do you foresee them becoming a more significant part of the brewery’s business?

JW: I wouldn’t see it like mainstream domestics, where half of what they sell is cans. At the same time, if you look at imports, cans are less than 10 percent for those guys; it has been forever. So it’s really kind of an anomaly. When we were looking at the can scenario, you’ve got high-end beers that have been around forever [that] don’t do much can business, and consumers have really adopted that. Yet we think there’s an opportunity for cans. It was a little risky, and fortunately, it worked. I think we’re going to land somewhere in the middle between where imports have sort of languished for years – around 8 or 9 percent – and mainstream, which is around 50 percent. And 20 or 25 percent is a real doable number.