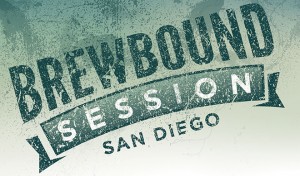 For a craft brewery to succeed today, it must produce high quality, consistent and well-differentiated beers, according to Sam Calagione, founder of Dogfish Head, who gave the keynote address during December’s Brewbound Session in San Diego, CA.

It’s the same idea that Calagione operated under when he started in 1995. Calagione said he knew Dogfish couldn’t compete with the bigger brands in the industry by trotting out typical offerings, so by building a foundation around those three fundamentals he took a different approach by trying to “create niches.”

“Don’t just do what everybody else does. Try to find something really, really unique,” he said.

He said his brewery, in the early days of business, earned good marks for using high-quality ingredients and offering well-differentiated beers, but the middle piece – consistency – lagged behind.

Today, due to “off the charts” beer IQ among consumers, he said not having all three characteristics from launch could debilitate an upstart brewery.

Pete Slosberg, founder of Pete’s Brewing Co., echoed those sentiments during his talk, in which he reflected on three decades in the beer industry.

“The quality of the beer has to be number one,” he said, mirroring Dogfish’s philosophy. “If it isn’t world class, don’t do it until it is.” 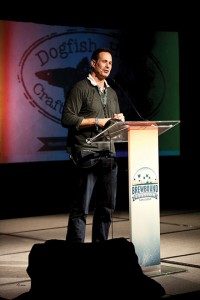 Excelling in all three categories, Calagione added, will “give you the legs to stand out in a crowded market.”

“That should help the cream rise to the top.”

The market wasn’t always as crowded, of course. Now, there’s a new brewery opening every day, but Slosberg’s decision to enter the beer industry was a bit different than Calagione’s. At the time, he was influenced, in part, by his desire to work on the ground floor of a new industry. In essence, he wanted to avoid the crowds.

One of Pete’s biggest hurdles at the beginning was figuring out how to build a business with no money. For that, the brewery employed a tier system.

“Let’s not think of the concept of raising all the money at once. For X amount of money, let’s think about what we can deliver,” he said. “So when we need money, investors can see we do what we say we’re going to do.”

Both Calagione and Slosberg emphasized the importance of further differentiation as the market becomes more oversaturated. 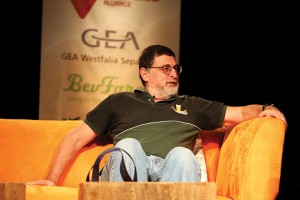 There’s value in creating a specific niche, Slosberg said, and “If you want to be all things to all people, you’re Bud, Miller, Coors.”

“You’ve got to be different, stick your neck out a little bit,” he added.

That extends beyond beer, into entrepreneurialism. As Calagione explained, during the making of his brewery’s “Bitches Brew,” an imperial stout honoring Miles Davis’ triumphant 1970 jazz album of the same name, he said he asked the famed trumpeter’s nephew what his uncle’s secret was in creating such unique music.

That entrepreneurial attitude extended to Saint Archer Brewery, which used professional skater Mikey Taylor as its face onstage. Taylor, spoke in the same mellow, Californian tone that ripples through the personality of Saint Archer.

He didn’t talk IBUs or cooperage. He spent no time discussing mash tuns or sweating and mixing and brewing into the twilight. Taylor cares about the beer and its quality, but that’s not his primary role. Along with Josh Landan, also a co-founder of Saint Archer, Taylor has helped to elevate the six-month old operation into a pillar of craft beer marketing — an exemplary model of a lifestyle brewery.

“Everybody wants to be a part of California, the beach, the life,” Landan said.

Previously, they just wanted to be brewers.

But craft beer geeks with a sink or a bathtub have figured how to emulate their favorite IPAs and stouts. Many of them have even started their own breweries. According to the Brewers Association, there are 2,707 brewing facilities. That number includes 1,728 in the planning stage, 1,201 brewpubs, 24 large brewers, 120 regional brewers and 1,362 micro-brewers. These numbers will continue to rise.

While innovation of beer styles has proven to be an effective method of differentiation (just ask Wynkoop), the intentions and business models shared at the Brewbound Session affirmed that brewery executives with large-scale ambitions recognize their roles as not just liquid vendors, but also as message diplomats and entertainment hubs.

Meanwhile, other entrepreneurial brewers were waiting in the wings, trying to find out if they could win the Startup Brewery Challenge.

Sponsored by Craft Brew Alliance, the first installment of this event gave ten companies the opportunity to showcase their brands and business plans in front of a judging panel of expert brewers and industry veterans, as well as an audience of 170 brewing industry professionals.

Judging the competition were Pete Slosberg, the founder of Pete’s Wicked Ale; Doug Rehberg, the director of brewing operations for CBA; Brady Walen, the Widmer Brothers brand manager; Tom Nickel, the owner of O’Brien’s Pub and Chris Furnari, the editor of Brewbound.com.

Weatherly won an all-expenses-paid trip to Portland, Ore. to become Widmer Brothers’ “Brother for a Day.” There, he’ll be able to craft a new collaboration beer with Widmer Brothers, take an extensive tour of the company’s pilot and production breweries, participate in CBA’s daily taste panel and learn from the company’s sales, marketing, graphics, quality assurance and packaging departments.