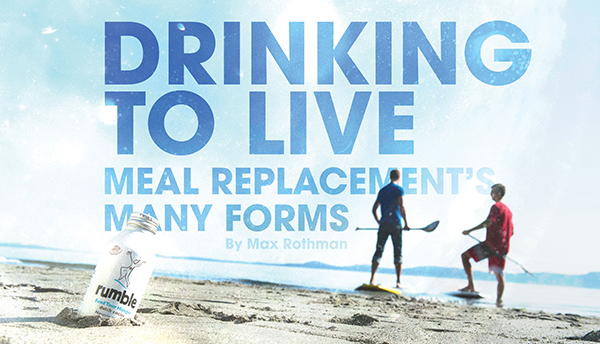 In April 2011, after decades of getting by, Paul Underhill fell critically ill. He was born with cystic fibrosis, a life-threatening disease that affects the lungs and the digestive system. It was catching up to him. As he endured, he drank a super-shake made by his wife, Sandra Pol, a three-time cancer survivor. He didn’t have the strength to chew, so he drank the shake to stay alive.

In his early 40s at the time, Underhill shared more traits with octogenarians than similarly-aged peers. He required continuous oxygen support. He used a walker and couldn’t go for more than a city-sized block. He coughed blood. Each passing day hinted toward the brevity of existence.

After spending just one day on a wait list, Underhill was flown from his home in Victoria, British Columbia, to Toronto. It was Good Friday. At St. Mike’s Hospital, he underwent a double lung transplant. His father-in-law prayed across the street at St. Mike’s Cathedral, visible from the hospital room’s window.

“I still get goosebumps thinking about it,” Underhill said.

Underhill did more than endure the struggle. He kicked the struggle’s ass. He’s come back as a runner and a competitive cyclist. And as a testament to survival, as a sign of thanks to his wife, he also started Rumble — a hunger-fighting beverage that approximates his wife’s super-shake recipe. It’s a commercialized take of her creation. Underhill believes, no matter the health status of the consumer, that Rumble can help people across the world. 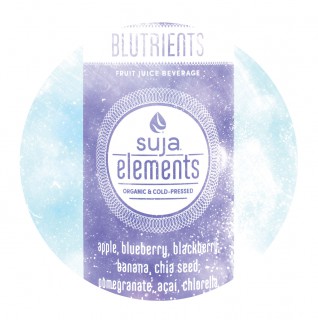 It’s no run-of-the-mill entrepreneur story. However, BrandProject, a Toronto-based firm that builds and invests in early-stage ideas with high growth potential, has taken a chance on Rumble for more than its story. When Andrew Black, co-founder and CEO of BrandProject, first met Underhill, he was impressed by a determined man with a mission. However, BrandProject, the lead investor of Rumble’s first round of funding that ended in August 2013, also envisions Rumble as a category creator — a product that will start the conversation when it comes to beverages that sate an appetite.

Well, it may not create the category, but it could certainly add to it. The firm’s rationale with Rumble reflects a general belief in beverages with food-like filling effects. A growing heap of beverages act as meal replacements or as nourishing snacks: green juice. Protein-jacked shakes. Oat-based smoothies. Probiotic, drinkable yogurts. But with the category having such an unclear identity, meal replacement has yet to define itself. This disparate category that awaits further development and formation in the market will become established via consumer trials, continued innovation and time. 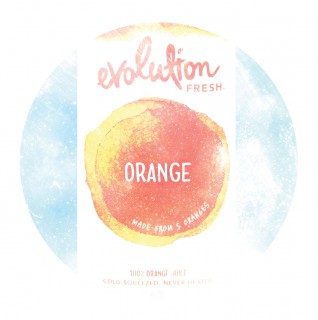 From Ontario to Orange County, beverage investors and marketers and torchbearers believe they’ve nailed the category’s eventual shape. Protein beverages such as Muscle Milk, Ensure and Boost have spent several years as unofficial meal replacements. While marketed in different ways, from workout aid to joint supplement, these beverages have long served as makeshift breakfasts and snacks without explicitly advertising themselves as such.

Drinkable, probiotic yogurts like Lifeway Kefir and IBEX Drinkable Yogurt are also intended to fill your stomach and encourage digestive health. They’re also packed with protein, but above all else, companies of this ilk highlight the probiotics — a point of differentiation and a growing trend.

Rumble aims to evolve the protein category. It’s made with the equivalent of 1 apple, 1 cup of berries and 1.5 cups of broccoli, packed with 20 grams of protein, 8 grams of fiber, 3,100 milligrams of omega-3s and 400 milligrams of calcium. The product includes 22 ingredients, such as green tea extract, organic flaxseed oil, organic pumpkin seed oil and stevia. Andrew Bridge, co-founder and CMO of BrandProject, thinks there’s a void in the marketplace and that Rumble will set the standard.

“We believe Rumble is in a perfect position to take advantage of it and help define that category,” Bridge said. 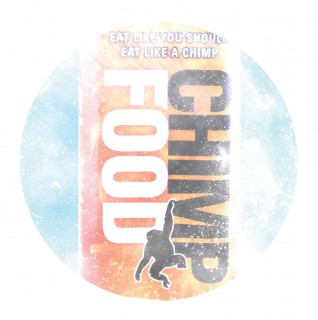 He’s not alone in that belief. Juice kings Suja, Blueprint and Evolution Fresh continue to cash in from the sea of cleanse-happy trendspotters. Through cleanse programs that last for several days, these brands market green juices and nut milks for daily maintenance and lemon-cayenne blends as quick ways to drop weight and flush the system.

Andrew Giangrandi and Jake Mabanta, the co-founders of New York-based Love Grace, said that as juice loyalists begin to explore new avenues, their brand will make more noise beyond its current following in the city. Giangrandi said that it’s quite difficult to find a healthy meal and that a deli meal contains just a fraction of the vitamins and nutrients in premium juices. It seems that drinking a juice for breakfast has become all-but rudimentary for a certain demographic of efficient twentysomethings.

Then there’s stuff that’s a bit more esoteric. These left field creations are a natural byproduct of an amorphous, trendy category. One of these creations is Soylent.

Soylent, the supershake creation of Rob Rhinehart, also appeals to efficient twentysomethings, but they appear to be more a part of the 22nd-to-23rd century lifestyle than anything resembling the present day. Soylent is a beige goo that contains 34 nutrients (Rhinehart’s idea of life’s essentials). Rhinehart doesn’t eat food. He lives off his own stuff. The blend was named after Soylent Green, a 1973 sci-fi film set in a dystopian future where people eat only Soylent Green, wafers that are later revealed to be made of human flesh. Rhinehart’s creation follows a longstanding hobby of efficiency enclaves like Silicon Valley: “life hacking.” It’s the idea that we can omit life’s inefficiencies and strike the root of our desired source, such as getting the nutritional benefits of fruit that’s mostly water without eating the fruit itself.

As unconventional as Soylent may seem, it’s caught national attention. Lizzie Widdicombe of The New Yorker recently profiled Rhinehart. She admitted the oddity of his idea yet also seemed fascinated by the promise. In October 2013, TechCrunch reported that Soylent had raised $1.5 million in seed funding from tech investors like Andreessen Horowitz and Lerer Ventures.

Soylent is a powder, but it’s also shipped as a drink. Something akin to Soylent, but with more of a primitive beat is Chimp Food. Down in Hollywood, Fla., nestled between Miami and Fort Lauderdale, Scott Joseph preaches his beliefs and sells his thoughts in an über-packed bottle. His branding thrust evangelizes the chimp-human connection.

There’s more to this chimp-human manifesto.

“Chimps will certainly eat some termites and some bugs, some ants, possibly a frog if they catch one strolling by, you know, if they’re really hungry,” he said. “But generally speaking, they don’t eat other animals.”

Joseph doesn’t think you should either. That’s why he’s packed his product, Chimp Food, with what chimps eat: five types of fruits, veggies and nuts with peels, seeds and stems included.

Even with his outside-the-box product and philosophies, Joseph has practiced traditional methods of market research. He’s looked toward the behavioral history of beverage consumers and traced, he thinks, the evolution of juice consumption. It started with orange juice. Then V8 made a dent. Up next were Naked, Odwalla and Bolthouse Farms. The latest craze involves high pressure processing, the next layer up in premium juices. But in Joseph’s mind, premium juice has a temporary shelf life, and Chimp Food is next.

“They are the best of the best at the moment,” he said of the competition.

There are young, boundary-pushing brands like Chimp Food and then there are massive, more established players like PepsiCo, which has marketed Naked Juice as an option for health-seeking consumers. It’s also been consumed as a meal replacement, even if the cola giant has never outright called it one. Yet, the category has taken another step toward forming an identity through seasoned entrepreneurial brands such as Sambazon.

Ryan Therriault, VP of marketing for Sambazon, said that consumers can be confused by the foggy identity of these meal-replacement/snack-like beverages. When consumers want to drink something in place of a meal or a snack, they’re typically assuming that a product will get the job done. It’s not often a sure thing.

This explains San Clemente, Calif.-based Sambazon’s decision to name one of its products “Blended Breakfast.” The product contains a blend of strawberries, banana, chia, grains and non-GMO verified soy milk. The company wanted the product to be as literal as possible, and that starts with the product title at the front the bottle. The majority of consumer decisions are made at the shelf, Therriault said, and as the saying goes: you have milliseconds to catch a consumer’s eye.

The demand exists for beverages that serve as meal replacements and snacks. Companies would be wise to ask themselves if their brand clearly communicates their ability to meet that demand, he said.

“It has incredible fun-ction,” Black said of Rumble, “but it’s also really the first lifestyle brand in
the category.”

That’s an arguable point. Certainly the others would say that, futurist, primitivist, Amazonian or juiciest, they appeal to meal-replacing lifestyles of their own.