After a few slow years in the beverage industry, M&A Activity and Innovation will start to pick up again in 2014. Several brands/companies have had to go it on their own (and they’re better off for it)  and have been successful hurdling critical growth milestones last couple of years. Consumer Confidence is improving and a bit more predictable. Re. Innovations…look for new brands utilizing new sweeteners; effective anti – aging beverages. All good news for Bevnet and GBS as there will be an increase in new product launches.

There’s not much to predict except the continued ‘Balkanization/Craftification’ of the field. Capital is coming in faster now, so will drive the innovation even faster, but that also mean less patience for concepts that don’t take off.

“Distribution (DSD) will continue to tighten and make it more difficult for small/medium brands to develop meaningful penetration at retail, forcing a more Direct-to-Store pathway, also stretching the capabilities of the retailer internal fulfillment options”

From the Flavor Houses

Fermenich has declared it the year of the BLACKBERRY, calling it the “flavor of the year” for its mix of antioxidants and nutrients and a flavor profile that includes jamminess, ripeness, sweetness, acidity, juiciness, spice and seediness.

Meanwhile, Sensient sent us a Dozen…

• Balsamic Fig – A harmonious blend of full-flavored figs and aged dark balsamic vinegar.  Neither too sweet nor too tart, it is a mellow combination that elevates the sensory experience when added to a variety of other flavors and works well in myriad formats.(Key micro-tend: Taste Plus*)

• Burnt Calamansi – A hybrid of a kumquat and mandarin orange, Burnt Calamansi is the next generation of citrus flavors.  A unique citrus profile similar to a sour orange or a slightly sweeter lime with caramelized notes, with a fragrance to match. (Key micro-tend: Sophistication)

• Ginger Plum – A juicy, sweet and tart plum with a touch of spice from ginger that delivers multiple sensory experiences. (Key micro-tend: Taste Plus)

• Green Coconut – Green (young) coconut gained its initial recognition in the U.S. from the rise of popularity of coconut water, which stemmed from the claim of its superiority over traditional sports drinks.  (Key micro-tend: Lifestyle Management)

• Guasaca – A Venezuelan avocado sauce, many have likened it to guacamole, but with a refreshing difference in flavor profile due to the addition of bright, fresh parsley notes.
(Key micro-tend: Regional)

• Juniper Berries – Consumers long for the decadence of an expertly mixed cocktail in its proper type of glass.  Gin, primarily flavored with Juniper berries, invokes a feeling of that elegant past era. (Key micro-tend: Nostalgic)

• Tayberry – A cross between a blackberry and a red raspberry, tayberries are rich in vitamins and antioxidants and are a welcome addition for the health-conscious consumer. (Key micro-tend: Lifestyle Management)

These folks who fight weight gain weighed in with 14 trends, but the keys for the beverage business are the following:

• “Health” as a top priority

• Healthy by Comparison – consumers look to friends and family 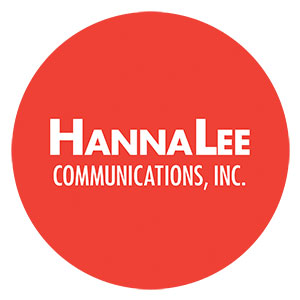 From the Spirit World

Meanwhile, Hanna Lee Communications came up with a cocktails and spirits forecast – our prediction is that it annoyed the dietitians a lot – by hiring spirits expert Noah Rothbaum. Here’s what he offered:

• Vodka, influenced by the Sochi Olympics

• Cachaca, influenced by the World Cup in Brazil

• High-Tech elements like liquid nitrogen or lasers in professional bartending

• A larger push for flavored spirits

• Whiskeys that are “Scotch-Like” but don’t come from Scotland

• Vintage Spirits that are bought at auction or from collectors

• Price Hikes for cocktails and liquor, but some bargains at the clear spirits end

From Inside the Box (Or Bottle)

Finally, on the packaging front, Evergreen Packaging has come up with some key insight for attracting “Eco-Aware Moms” – a growing constituency.

For this important group – which represents nearly $2 trillion in purchasing power, according to Evergreen, these are the keys:

• They will switch brands based on packaging alone

• They see a strong correlation between personal and environmental health

• They like to see eco-aware messages on the package.