When it comes to the market perception of sweeteners, at this time, a massive chunk of consumers share a living contradiction. More than 50 percent of consumers say they’re actively pursuing a healthy lifestyle and avoid sugars, according to a recent joint study by market research groups Mintel and Nielsen. However, when it comes down to the final decision, these consumers buy sweetened products at the same rate as other segments. 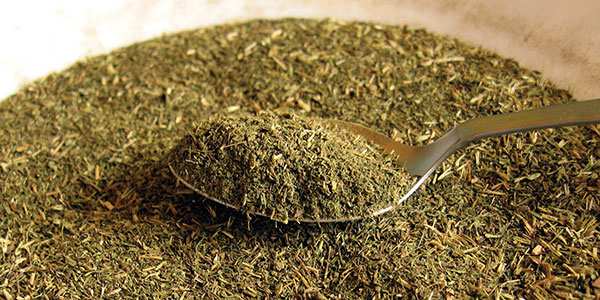 These purchases are heavily rooted in taste, but also in comfort. Consumers are accustomed to Diet Coke, not tomorrow’s next stevia experiment. It’s about the completeness of a beverage, said Darrell Jursa, the senior vice president of emerging media and technology at communications company FleishmanHillard, and that’s about more than taste.

Indeed, these two widely consumed beverages certainly elicited sour faces before they had fully formed brands, Jursa said. So for sweetener companies, here’s the lesson: While they develop and implement the latest sweetener technology in the background, relationships with brands in the foreground measure perseverance in a high-turnover industry. Through steady communication, shared values and a combined interest in progressing along their respective paths, sweetener and beverage companies can ride the same horse into the sunset.

However, even with a seemingly strong match of brand and sweetener, accomplishing these variables continues to be a challenge. Something Natural, a Boston, Mass.-based company that markets a line of flavored, sparkling waters, sweetens its products with a blend of cane sugar (7 grams per bottle) and stevia. Randy Shefshick, the founder of Something Natural, said that his brand’s two priorities are refreshment and taste. However, he also wants Something Natural to serve as a healthier alternative to Sparkling ICE, which has formed an enormous and growing category of sparkling refreshment – and so he’s not wedded to any particular sweetener formulation. 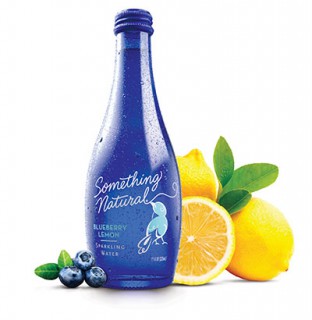 To stay on the cutting edge, Shefshick said that he conducts one or two trials per quarter of stevia products from companies other than his current sweetener partner. And if one these companies creates a zero-calorie sweetener that maintains Something Natural’s taste, viscosity and general quality, would Shefshick change sweeteners tomorrow?

“Yes, absolutely,” he said. “Zero-cal has always been our goal.”

Zero calories and proper taste. It’s that goal, held by beverage co’s across the world, that has raised the stakes in the chase for top-line sweetener technology. Cargill, an international producer and marketer of food, agricultural, financial and industrial products and services, believes it’s at the front of the pack, alongside companies such as Maverick Innovations, Pyure Brands, Sweet Green Fields and others that search not just for taste, but also versatility. Cargill’s latest sweetener, ViaTech, has been in development for the past three years with the purpose of serving a variety of beverage types, said Scott Fabro, the company’s global business development director. He said ViaTech works with CSDs, from lemon limes to root beers, teas, water-based beverages, juices, dairy and powdered beverages.

But to get from alchemy to chemistry, Cargill had to assemble a list of 40 steviol glycosides in the race with other sweetener companies in shaping rebaudiosides, like a puzzle with billion dollar stakes. The stevia leaf contains about 9-12 percent reb-A, 0.5 percent reb-D and .038 percent reb-M.

With a glycoside pyramid on the table before him, Fabro said that Cargill fortifies its pitch to beverage companies through technical understanding.

“We show you how we understand the science behind it,” Fabro said. 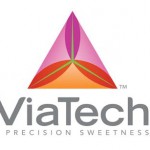 Yet, exhaustive technology represents just one pillar toward a harmonious partnership. After creating a sweetener that does its best to minimize bitterness and achieve a sugar-like flavor, sweetener companies still need to find the right beverage. While it’s nice to link with fat-pocketed brands that carry proven success, only so many of these opportunities exist. For every Sparkling Ice, there’s a No-Cal; and for brands that have done well with a certain sweetener blend, like Zevia, there’s still the chance that they’ll switch once again for the purpose of marginal improvement.

Therefore, Jursa recommends sweetener companies identify a forward-thinking company that has been around for at least three years, has secured distribution in at least one third of the U.S. and has garnered a semblance of loyalty and repeat business.

Sweetener companies would also be wise to work outside of their typical boundaries, Jursa said. While a number of sweetener companies have been pitching to ready-to-drink, non-alcoholic beverage brands since their existence, Jursa believes that there’s plenty of opportunity in both the upscale alcohol industry and soda fountains.

“If I were a betting man and I was a sweetener company, I would find a small company that does have a bag in the box,” Jursa said.

The fountain business represents an interesting outlet for sweetener companies because it offers the potential of fast-moving volume, lots of trial and repeat purchase. While RTD products can lead to waiting games – production, co-packing, hot fills, etc. – fountains offer an immediate chance in a world of instant gratification.

Another opportunity, he said, awaits with the craft spirits industry, which continues to expand. This has led to the growth of prepared cocktails. For all the complaining about mixologists who take six minutes and 12 ingredients to prepare a cocktail, a huge number of consumers are trying to create these same drinks at home.

Several prepared cocktails struggle to stabilize their sugars and other ingredients, Jursa said. Between SKYY Vodka, Captain Morgan, Bacardi and a number of smaller-name companies that offer more of an upscale experience, Jursa said that there’s room for sweetener companies to work with booze brands.

“They have to diversify across categories,” Jursa said, “as opposed to just thinking non-alcoholic is the way to go.”

Not long from now, retailers will alter the non-alcoholic beverage industry, he said. There’s only so much shelf space for coconut water and functional beverages. At a certain point, they will be forced to make decisions. Some of them won’t be so hard. Others, the tougher ones, will be determined not just by taste, but by the completeness of the brand, the story of the product.

“In the grocery store now,” Jursa said, “I think there’s an opportunity for a category management reckoning.”

Despite what consumers say about their health-seeking ways, many of them aren’t ready to leave brands that shape their personal histories. There are young brands, ones that haven’t yet become Red Bull or Sparkling ICE, that are forming their pitch. They need a sweet deal.