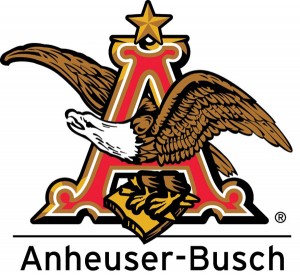 To meld within the craft beer space, Anheuser-Busch (AB) has to wiggle some. You have to if you’re a giant square peg facing a board filled with 1,700 tiny holes.

That’s just how it goes for a company — arguably the antithesis of craft — that boasts the Budweiser and Busch families, Natty Ice and not one but three beers inspired by Jimmy Buffett.

Yet, despite its role as the domestic juggernaut and, some say, a primal force stacked against the craft beer industry’s gaining market share and consumer awareness, AB continues to fiddle with craft-like products, assembling a portfolio of more mature styles via internal innovation and external acquisitions. No, we’re not going to delve into the craft vs. crafty debate over ownership being akin to treason. That’s drawn enough ink, warranted or not. And no, AB isn’t amid an identity crisis, like some schlub in his mid-50s juddering anxiously at the local Lexus dealer.

Rather, the suds giant is maintaining its core belief: that most beer drinkers aren’t like those craft worshippers debating the merits of Amarillo, Fuggle and Vanguard hops. With a portfolio that bows somewhat to changing tastes, AB is nevertheless banking that, at this time, despite the rapid ascent of the craft beer industry, most beer drinkers either don’t know that they own the rights to its highfalutin’ (well, higher-than-usual-falutin’) Goose Island, Shock Top and Stella Artois families, as well as a 32 percent stake and distribution interest in the Craft Brew Alliance (CBA) brand family. And their central argument might just be the implication that even if they are aware of the ownership issues, most beer drinkers don’t yet care.

That’s not to say that AB doesn’t recognize the potential and the trendiness of the craft beer market. It understands that it must also play a part in the segment without mortgaging its base persona and portfolio. It just hasn’t gotten its vaunted marketing department aligned, something that the company acknowledges.

“A lot of beer drinkers don’t know and that is our fault,” said Paul Chibe, AB’s outgoing vice president of U.S. marketing (Chibe is leaving the company in February). “We need to address it and start communicating that story.”

Still, as a global conglomerate, when that craft portfolio is assembled, it’s not a compromise, it’s an extension. It’s not capitulation, it’s proactivity. Bud’s size and scope is what gives it most of its relevance, not its snob appeal.

“I think they’re still a strong player when it comes to having deep pockets, long arms and some great talent,” said Bump Williams, a beer industry expert who once accumulated and analyzed syndicated research data for AB with Nielsen and IRI.

Maybe so strong that they’re muscle-bound.

Yet despite the brewery’s near-infinite resources, AB’s barrel volume has dropped from about 107 million barrels in 2008 to about 99 million barrels in 2012, according to Beer Marketer’s Insights. How does the company square that? Certainly, resources and a deep bench are all well and good, but things are still in decline, which could have dire effects as things erode further.

“What we used to call a mainstream beer drinker is now choosing craft selections through various occasions,” said Tim Schoen, a former AB marketing executive and the founder of Brew Hub, a contract brewing network.

The switch goes beyond just getting something different to drink. The evolution of the craft beer industry bears a cultural shift, especially with younger people who have any interest in knowing what’s what.

“If you’re a 26-year-old guy and know nothing about craft beer,” Schoen said, “that’s like saying you don’t know anything about technology.” 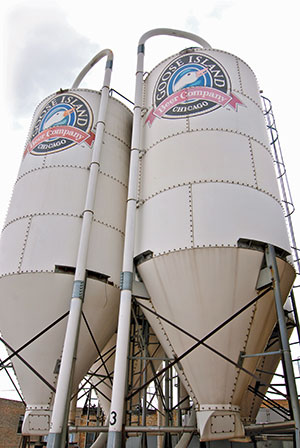 So how does AB need to adapt? Distributors, for one, see the potholes in the road. While Clements said that managing AB has gotten easier in time, she unloaded a laundry list of areas that, to put it lightly, need improvement.

For example, both Williams and Kimberly Clements, the president at Golden Eagle Distributors, Inc., in Tucson, Ariz., praised the talent of Goose Island CEO Andy Goeler, who has held various sales and marketing positions with AB since 1980.

Clements respects not just Goeler, but also the beer and heritage of Goose Island. Since AB acquired the brand in March 2011, she said that the quality hasn’t been marginalized and the staff has mostly remained intact, aside from former CEO John Hall stepping down. But that doesn’t get the beer distributed or magically create a route to market. This, she said, is a national issue with the brand. On a local level, for example, she cites the company’s inability to get Goose Island’s most valued offering, Bourbon County Stout, during its highly anticipated annual national rollout.

“There’s no Goose Island plan really,” she said. “There’s lofty volume goals, but there’s really no plan from AB on how to execute those goals.”

For his part, Goeler said that Goose Island has done its best to gradually disrupt markets across the country. Sure, you can find the beers in the country’s metropolitan craft hubs, but you can also find it in Santa Fe, N.M., Boise, Idaho, and Raleigh, N.C.

“Chicago obviously is our home market and an important market to us, but we’re well beyond just Chicago,” Goeler said. “It’s kind of a national challenge.”

However, the coordination of the portfolio extends beyond the borders of Goose Island. Despite AB’s stake in Craft Brew Alliance, she said, AB doesn’t mention the group in meetings. 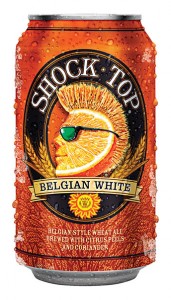 Instead, at this time, Clements said, rather than CBA, the interest is focused on Shock Top, which she said receives the most attention of AB’s craft-like beers because of its consistent, double-digit growth. In the past few years, AB has released a host of Shock Top styles. And while Shock Top and its six beers may only represent a bridge to cross from the world of light lagers to the forest of craft beers, AB’s strategy continues to assume that the majority of beer drinkers are still moving along that bridge anyway. If it’s true that beer drinkers won’t return to Shock Top once they’ve learned about the complexities of craft, as Williams believes, it’s AB’s commercial assertion that they’re not there yet.

This stage of the craft beer industry’s life-cycle explains why AB believes that Stella – which it positions as craft, even as an imported product – can compete with other Belgian-style beers, such as Allagash White, despite distinct stylistic differences and its true identity as an import. Williams said that while most beer drinkers know that Stella is owned by AB, it’s not affecting their purchase decisions. Having the leverage to snag thousands of tap handles for the product helps there.

Even with the marketing plans for Goose Island, the focus on Shock Top and the flexibility of Stella, Clements said that AB’s attention will always be on the core brands: Budweiser and, especially, Bud Light. No matter what you’re trying to sell from the craft side, when it comes to AB and the two flagships, it’s always a package deal.

“They can’t afford to take their eye off of the Budweiser brand,” Williams agreed.