In an effort to streamline operations and expedite its refranchising to independent bottlers, The Coca-Cola, Co., Inc. restructured its operations into two operating units, Coca-Cola North America (CCNA) and Coca-Cola Refreshments (CCR).

Sandy Douglas will lead CCNA as group president and will continue his role as global chief customer officer, reporting to Muhtar Kent, chairman and CEO.

Paul Mulligan, president of CCR, will lead the bottling operations unit of North America, which will become part of the Bottling Investments Group (BIG). Mulligan will report to Irial Finan, president of BIG.

“We are in a position to leverage this flexibility to return to a traditional company and bottling operating model in North America, which will enhance our focus on execution and accelerate the refranchising of our bottling system in our flagship market,” Kent said in a release.

Coinciding with the division, Steve Cahillane, president of Coca-Cola Americas announced he was leaving the company the company to pursue other, undisclosed opportunities.

Wall Street beverage analysts wondered about Cahillane’s departure, as he had often been mentioned as a possible successor to Kent, but they nonetheless lauded the new organizational division. Bonnie Herzog, managing director of beverage, tobacco and convenience store research for Wells Fargo, and Dara Mohsenian, an analyst with Morgan Stanley, both wrote that the news brings Coke closer to refranchising its bottling business and reaping stronger returns.

Industry veterans quickly weighed in with a wide range of opinions following the decision, although there was strong agreement that the shift could present a new set of challenges for Coke and its partners.

One long-term beverage adviser, who has followed Coke for many years, said that the company has focused on growing its business in North America through a combination of company bottlers, independent bottlers and brand marketers.  The adviser is surprised that CCR will become a part of the Bottling Investments Group (BIG) — a move that could decrease efficiency. Neil Kimberley, the founder of beverage consulting and advisory firm Foods, Fluids and Beyond, was also surprised. Yet, he and the investment community have known for several years that this day would arrive. What surprised Kimberley most was the timing.

Regarding the division, Kimberley expressed opinions similar to those of the adviser. He also weighed in on the potential aftermath regarding Venturing and Emerging Brands (VEB), Coke’s innovation hub.

“It’s going to make a more challenging environment for VEB to operate in because they will now have two masters to please,” Kimberley said.

“The bottlers and distributors always have a big influence on the development of new brands,” Kimberley said. “It’s always been that way and it will continue to be that in the future. They are the guys who execute those businesses.”

Even with his independence from the parent company, John Gould, the executive director and CEO of The Coca-Cola Bottlers’ Association (CCBA), holds another opinion: he expects the two new operating entities to work together effectively.

“I certainly don’t look at the changes with any strong sense of concern for The Association,” Gould said. 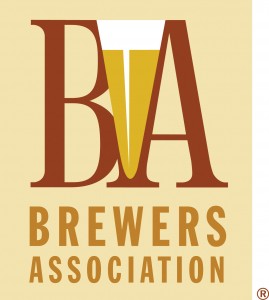 Brewers Association to Release Report on Keg Safety in 2014

The Brewers Association has revealed that it has been reviewing keg safety for much of the past year and that it will soon release recommendations for keg performance and safety guidelines.

The review comes after numerous reports of explosive failures involving kegs manufactured by Plastic Kegs America (PKA). Those incidents started to come to light following the death of a Redhook Brewery employee in April, 2012; as the year has gone on, complaints about PKA reports have accelerated. The BA said it has received reports from 18 breweries involving 38 kegs that did not “fail safe” and exploded, created dangerous situations for brewery employees. To date, none of the reports involved plastic kegs manufactured by companies other than PKA.

In a note posted to the BA Forum on Dec. 12, representatives from the organization informed members of the safety review. In early 2013, the BA said, it hired Bilfinger Industrial Services(BIS) to engage with all manufacturers of kegs and keg components, asking the company to create a set of guidelines detailing safety parameters and performance of two-way and reusable plastic kegs.

While noting that “the law limits the ability of BA to for or require brewers to purchase, or not purchase, specific equipment,” the organization further said that the guidelines will “provide BA brewery members with a basis to make their own educated and enlightened decisions regarding keg safety and performance when sourcing and purchasing kegs.”

PKA founder Simon Wheaton told Brewbound that he, too, is currently working with a third-party keg testing company, Kegspertise, to develop a report showing that its 2013 models have passed a series of performance tests. Wheaton said PKA is also working with BIS to address safety concerns.

“The draft guidelines are due to be published at the end of January of 2014 and so it is premature for us to comment until all the information is in the public domain,” he wrote in an email.

The maximum working pressure for plastic kegs manufactured by PKA is 61 PSI and the kegs will fail at 90 PSI or above, Wheaton said. (Stainless steel kegs, the leading alternative, have been determined to be capable of withstanding much higher pressures).

Many brewers that Brewbound spoke with said they were concerned that plastic kegs would rupture at pressures much lower than 60 PSI, however.

“If you are putting pressure above 10-12 PSI, you should definitely be concerned,” said Joey Redner, the founder of Cigar City Brewing, said that he personally witnessed a keg failure while it was being cleaned at his brewery. Redner had been standing next to a plastic keg when it exploded near his head. He said he stopped purchasing kegs from PKA in July of last year due to safety and financial concerns, and that he is currently in the process of phasing the kegs out of use.

Redner also said that he’s looking forward to seeing the results of the BA’s performance review.

Plastic kegs have gained a foothold among brewers because of their lower price compared to steel kegs. PKA claims that it has sold over 500,000 kegs and that its products are 55 percent cheaper than stainless steel kegs.

As the craft beer industry continues evolving at a torrid pace (there are now 2,707 U.S. craft breweries), a large number of the new breweries are fighting a cash crunch as they try to get off the ground.

But craft brewers who are concerned about the safety issues said that startup craft breweries need to consider safety when building a manufacturing facility.

“If you are doing large scale production, there are a number of reasons why they don’t make sense,” said Hayes Humphreys, the COO at Devils Backbone Brewing. “The wear and tear was the biggest thing for us. They get so beat up that you end up buying them more frequently. In the end, the upfront price might not be as cost-effective as people think.”

“A lot of breweries starting up have facilities that are built by hand and cobbled together,” he added. “The breweries aren’t always put together in a totally professional way. Unless you are 100 percent confident in what you put together, plastic kegs are just another risk factor and you are introducing one more fail point.”

And while many brewers are removing the kegs because of safety and durability concerns, they also aren’t willing to resell them.

“I wouldn’t want to put these out there for anyone else to use,” said Chris Levesque, the general manager of Front Street Brewery in Wilmington, North Carolina. “I just don’t think it would be the right thing to do.”

The BA said it expects to publish the first BIS report detailing performance and safety parameters by the end of Jan., 2014.

Seven months after Monster Beverage Corp. filed a lawsuit against San Francisco City Attorney Dennis Herrera, one that aimed to block his investigation into the company’s marketing practices and regulate the caffeine content in its energy drinks, a federal judge  dismissed the case.

The ruling allowed Herrera’s lawsuit, in which he claims Monster violates California state law by marketing its highly-caffeinated products to children, to proceed.

“Monster Energy’s federal suit was a meritless ploy to stop our state consumer protection case, and I’m grateful to the court for issuing an unequivocal dismissal,” Herrera said in a statement.  “Despite the known dangers highly-caffeinated products pose to young people’s health and safety, Monster deliberately targets children with its marketing. It’s my hope that Monster Energy will reform its marketing practices before regulators or courts force them to.”

U.S. District Court Judge Virginia A. Phillips ruled that Monster’s litigation would unfairly impact Herrera’s lawsuit against the energy drink giant, which was filed on May 6 in San Francisco Superior Court. In her decision, Phillips wrote that “the state has an important interest in protecting consumers from unfair and deceptive business practices and protecting the health and safety of its residents.” While Monster claimed that it was singled out as the only energy drink company named in the lawsuit, Phillips noted that aspect of the case does not affect the state’s responsibility to its residents.