It came as something of a surprise to me, but a nice one. 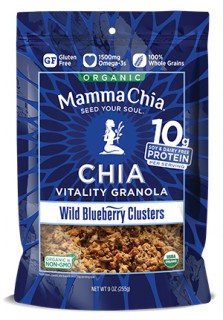 In the process of reporting a recent story about large companies taking on some of the health-conscious and environmentally sensitive product attributes that tend to characterize and fuel smaller, insurgent brands, I found, not so much fear and anger but graciousness and gratitude from those small brands.

The possibility that big companies might be willing to apply some of their massive economic and distribution scale behind movements that include organics, whole grains, non-GMO ingredients and simpler, “free-from” ingredient panels is one that beverage brands like Mamma Chia embraced, even though they’re a brand that could be directly affected by the growth of products that use – and market – organic chia.

Now, there are situations where brands in similar categories start out building alongside each other for a while, until the sharp elbows emerge in the scramble for shelf space. But this seems to be something different, because the entrepreneurs recognize the large scale change that big strategics can offer, and remain incredibly optimistic as they see those strategic brands move towards them.

Having the tails of conscious capitalism wag the big beverage and food company dog pack is meaningful on several levels: first, the big dogs are making these conscious plays in response to customer demand, which is indicative of changing values across the entire consumer base; second, when the strategics can’t meet those values in a significant way themselves, they then look to entrepreneurs to help them achieve the goal, often expanding the message while showering lots of money on those entrepreneurs.

That was the thought that the folks at SUJA had after meeting Seth Goldman from Honest Tea, and that’s why Mamma Chia, Kevita, and other conscious brands hear regularly from strategic firms and institutional investors – because the things they launch are predictive of long term values.

I’d like to believe there’s a third aspect at play here, as well – that on a generational level, the environmental and social values of the bigger companies themselves aren’t just being driven by consumer demand, but also their internal values. That’s a tougher faith to maintain when companies do things like set up scientific research to play down the effects of heavy sugar consumption, or hire competing academics to blur the arguments over GMOs with PR campaigns instead of simple truth-telling. It’s also confusing when companies with conscious brands and more traditional, less healthy approaches are thrown together in portfolios that seem to contradict each other. It leads to fears of greenwashing, or of dumbing down the message to irrelevance.

Overall, however, there’s something refreshingly optimistic in the willingness of the entrepreneurs to welcome the big game of the supermarket jungle out onto the edge with them. It’s probably the same optimism that pushed them into the market in the first place, that idea that their own tastes and inclinations can lead to positive change. Either that, or as one entrepreneur told me, they’re too busy being scared about every single thing they do, every day, for their own companies to worry about what someone else is doing as well.

We are constantly writing about products that are building brand platforms, going into new categories, rolling out line extensions, building verticals.

Guess what? We’re doing a little bit of that now, too.

We’ve spent the past few years expanding the BevNET platform to include craft beer with our Brewbound site and community, and have added educational options through our FBU (Food and Beverage University) web site and events.

Now, we’re launching Project NOSH, planting the BevNET flag in new turf: the food aisle. Through the ProjectNOSH.com web site and events – like the one we are hosting in Los Angeles on Nov. 5 – we’re hoping to create the same kind of energy around the world of entrepreneurial food companies that we’ve covered and encouraged in the drinks world through BevNET.

While the dynamics of the businesses have key differences – particularly with regard to scaling nationally and the cost of route-to-market – we’ve talked to so many people within the two worlds that we think we’ll be able to identify the significant stories, trends, people and strategic plays that will allow us to continue helping brands, distributors, investors and retailers reach their full potential.

Things aren’t changing much on the BevNET side, except that you’ll be seeing the occasional story from Project NOSH make its way over to BevNET, or even into this magazine. We think there’s a lot that the two disciplines can teach each other, and to that end, if you think there are things we need to know, as always, drop a line, make a call, extend a hand. The CPG entrepreneur might work in liquid media, might work in solid, might work in fresh or frozen, but they all work with passion, they all have a lot to teach, and they all have a lot to share. We look forward to helping try to facilitate more discussion, learning, and success as we cover territory both new and familiar.