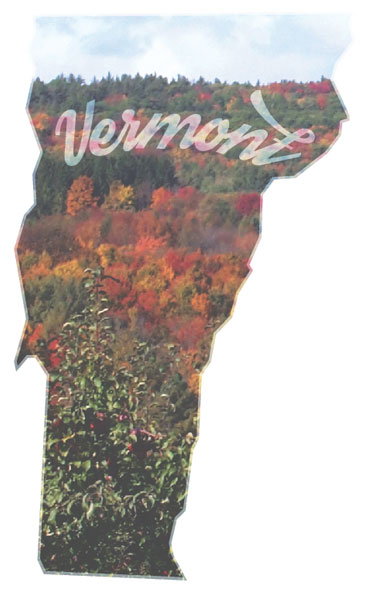 The Green Mountain Rebellion ended with a swipe of a pen. As a fan of chaos, it was fun while it lasted.

But President Barack Obama has signed a law that kneecaps the Vermont rule, albeit one that requires food companies to let consumers know – either by label, symbol, or smartphone code on the package – if the product within contains genetically modified organisms (GMOs).

After all the rhetoric, the results here – for all parties involved – are largely uninspiring. Labelling advocates have pretty much torn their hair out over this one: the Vermont Right to Know movement and the like that resulted in that state’s law and forced Congressional action represented, they say, a key step toward consumer choice through food transparency, and through that disclosure, a potential lever against industrial agriculture. Now they have to pivot.

For manufacturers, there’s some convenience. The new law does avoid the mounting possibility of individual state requirements creating a patchwork overlay on food producers that could have forced them into satisfying a variety of different regulations. Shortly before the law went into effect, food producers were still scratching their heads about how they would satisfy the more rigorous on-pack “Made With Genetic Engineering” requirements from the Vermont law while continuing to manufacture normally.

But it’s still hard to decide who won here though: yes, food companies that use GMOs – about ¾ of the food in the country contains some form of GMO, largely through corn, soy, or even cotton (cottonseed oil) as an ingredient – won’t have to have that on-pack in some states. They can hide it behind a code, adding at least one barrier to disclosure, or two if you count my crappy cell reception at my local Target. At least temporarily, that helps larger food companies because consumers are super scared of GMOs right now (even if the fear isn’t in line with the threat, which, depending on who you ask, ranges from zero to instant colon cancer, with most of the scientific weight leaning toward zero).

But what should be concerning for those companies and lobbyists that pushed so hard to keep the “GMOs Inside” label off-pack is that by moving to a mobile information platform, they’ve created a zone of infinite transparencies, where the presence of GMOs – relevant to consumers already – may be just a start. We’re already seeing those platforms used in a positive way: through mobile networks, companies like Red’s Best, a seafood supplier in Boston, are able to chart the origin of every fish they sell; there are also new mobile apps like Food Scores that demonstrate nutrition, ingredient, or processing concerns. With nutrition data mining combining with the growth of online distribution services, there’s a good chance that the mobile web may very well make label reading something that’s done on the smartphone or computer screen instead of in stores.

That is ultimately a path toward a more enlightened consumer state than where we are now – and I’m sad to say that even encompasses non-GMO advocacy, which has thus far grown by leveraging consumers’ fears of the unknown into market share rather than increasing consumer education. A rash of stories that followed the signing of the federal law seemed to square with this idea: consumers have been conditioned to respond to what’s on the pack, certainly – but they don’t necessarily know what it stands for, and don’t always agree, either. At a time when on-pack labeling is hitting critical mass, the tag of non-GMO has been most effective in creating a market for those brands that are labeled that way. That doesn’t mean it’s headed off genetic modification overall.

It’s hard to understand whether this is an achievement that will eventually play out well for the consumers that the non-GMO “Butterfly” logo is trying to shield. The growth of the non-GMO “butterfly” has come at the expense of increased competition for the USDA Organic seal – one that also ecompasses non-GMO. The confusion between standards is demonstrable in the number of brands that include both certifications on-pack because they know that consumers have been trained to look for both – even though that kind of double-seal setup is akin to advertising that a detergent removes dirt and odors… as well as odors.

So how did this dilution occur? Part of it is marketing-based: organic has tried hard to become a positive label. In a food culture that has been groomed to look for “free-from” claims more than it has ingredient-positive ones, non-GMO, complete with its evil-sounding acronym, simply carries more weight with consumers (and, typically, a lower than organic price point). It makes me wonder whether the Organic Trade Association should push for its own label: “Non-Synthetic.”

In the end, I absolutely side with the idea that has been expressed by the labeling exponents: people do, indeed, have a right to know what’s in the food they eat. I’m all for disclosure. And I’m also all for context. There are times when the location of the message is as important as the message itself: I’m not sure that this is one of those things that deserves top billing.

It’s also not as if those brands that include non-GMO certification will lose out: the butterflys for most will likely remain a key purchase driver. What they risk by not pushing further on the consumer education end is that some other scare might take their place. It might not be on-pack, but a federal law on the books concerning the non-GMO mission shouldn’t be that cold a comfort.