This year’s Institute of Food Technologists’ annual gathering and food expo showed how new ingredient and product development is being influenced through different, important consumer trends.

BevNET sister site Project NOSH was on hand to take stock of the show and explore some of these ideas.

One trend that’s become highly active in 2016 is the pulse. Amidst an influx of legume-centric products into a variety of consumer diets (such as gluten-free or high protein), the bean and its friends fit into the narrative of making more environmentally sustainable food choices, and makes for an affordable meal option.

And it’s big business. According to the Global Pulse Confederation, over 60 million tons of pulses are produced each year in over 55 countries, giving the industry a retail value of roughly $100 billion. 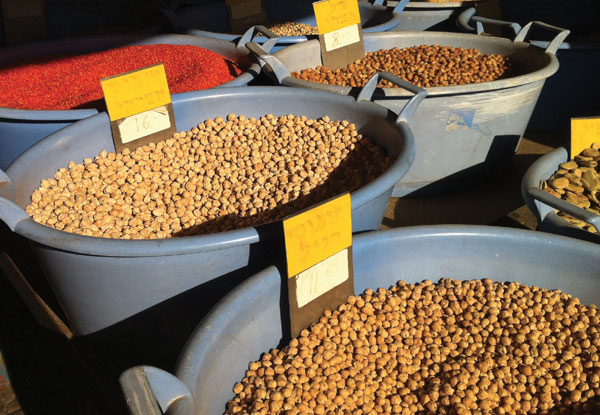 But there’s still confusion over what exactly a pulse is, and how producers can use them. To assist with this goal, several agricultural organizations previously focused on increasing pulse supply in their regions, including Pulse Canada, the U.S. Dried Pea and Lentil Council, and the American Pulse Association, have banded together to create two new consumer facing pulse seals. The seals, which will appear globally, were officially announced during the trade show, which was held in Chicago.

“We realized that if we all work together, we’ll all achieve more,” said Daria Lukie, manager of brand development for Pulse Canada. “It’s not about who’s getting a bigger piece of the pie, it’s about growing the pie.”

Marketing agency Leo Burnett helped to initially develop the seal and conduct some of the research that would eventually shape the program’s guidelines.

Unlike other food groups, such as whole grains, there are no official governmental dietary guidelines about pulses, which leaves consumers confused as to how much they should be eating.

While Lukie recognizes that pulses are often looked to by vegetarians or those seeking to eat less meat, she feels the real growth will occur outside of those boundaries. “Plant based protein is undeniably a major trend, and we are a perfect solution for people looking for that,” Lukie said. “But the biggest draw that we feel pulses have is that they’re complementarity.” That is, pulses can be added to products that don’t always have them. 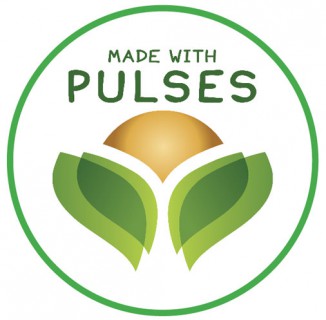 Meanwhile, with pulse, nut, and plant-based product launches on the rise, many of today’s food brands are aiming to appeal to a new type of consumer: the flexitarian. No longer confined to one end of the meat and vegetable consumption spectrum or the other, this new consumer eats a mainly plant-based diet but occasionally adds in meat. It’s vegetarian-light.

Luann Williams, the Director of Innovation at Innova Market Insights, said she believes that the flexitarian lifestyle has been prevalent in Europe from some years and is just now crossing the ocean to the U.S. She noted that in Germany and Europe the “meat” sections are more “protein” focused, with meat alternatives mixed in. Interestingly, it’s the meat companies driving the innovation.

“They’ve decided this is their department of the store and they’re keeping it,” Williams noted.

While the U.S. has lagged behind other countries (Innova reports only 38 percent of Americans reported eating meatless meals once a week or more) that still accounts for roughly 120 million Americans. Additionally, 11 percent of American consumers report having decreased their meat intake in the past year.

It’s hard to determine if the rise in consumer demand has resulted in more flexitarian friendly products launching or if the new products have inspired more consumers to make the switch, but Williams acknowledges the evolution of such products has evolved. “Think about all the options,” Williams said. “Ten years ago you had a lot of soy and tofu. Five years ago it started getting a bit more interesting. And now there’s everything.”

Businesses should look to the flexitarian (over vegans or vegetarians) said Williams, because it’s where the biggest marketplace opportunity is. Comparing the market to a triangle, Williams noted, “For people who are diehards, that shouldn’t be your market. Because you’re going to limit yourself to the tip of that triangle.”

Brands should consider the need states of each segment of the triangle of consumers, said Williams, who believes that the biggest segment of consumers choose meatless options for personal health reasons rather than sustainability reasons. This segment, she said, is also somewhat price conscious, is less concerned with the environmental benefits of eating less meat, and ultimately won’t buy a product if it doesn’t taste good.

Also influencing consumers – and written about elsewhere in this magazine – is the growth of fermented foods as a product category. Innova labeled fermentation a “Top Ten Trend” during a presentation at the IFT Expo, noting that consumers who are looking for “cleaner” food options, see it as a natural processing method. Additionally, the trend appeals to consumers’ desire for products that speak to better gut health and probiotic benefits. Finally, the idea of artisanal, handmade food is still in vogue and fermented foods tend to harken back to age old processes that consumers can trust.

“Big CPG function has always been manufactured,” Fred Hart, Creative Director of design firm Interact on Shelf, told NOSH. “Yet the natural and emerging foods space has looked to the past and to nature to provide optimal, ancient function.”