Craft Gets a Symbolic Win

Want to know if an independently owned company brewed that craft beer you’re drinking? Now there’s a badge for that.

The Brewers Association – a not-for-profit trade group representing the interests of small and independent U.S. craft breweries – has debuted an official “independent craft brewer seal” that it hopes brewery owners will “proudly display” on packaging, marketing materials, merchandise, websites and in taproom windows, among other places. 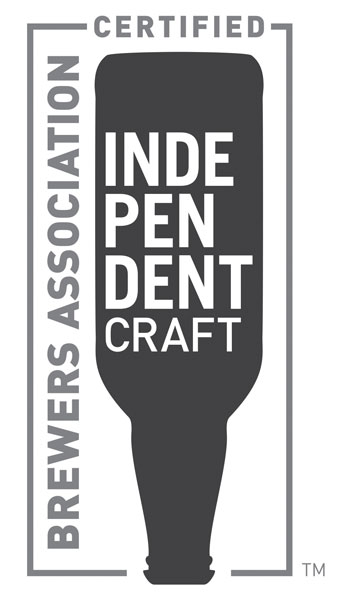 The marker is aimed at helping drinkers distinguish between beers produced by small craft beer companies and those made by multinational corporations, such as Anheuser-Busch InBev, which has purchased 10 craft breweries since 2011.

“We have been hearing from our members for some time now that drinkers do want to support breweries that are independently owned,” Brewers Association CEO Bob Pease told Brewbound.

According to a press release, the seal will be available free of charge for use by any of the 5,400 U.S. craft breweries that have a valid TTB brewer’s notice, meet the BA’s craft brewer definition and sign a licensing agreement.

“This effort is not confined to just BA members,” Pease told Brewbound.

“We have been working on this for over a year,” he added. “Our goal is to differentiate but not denigrate.”

The seal itself is an image of an upside down beer bottle meant to “illustrate how small and independent brewers have turned the beer industry upside down,” according to Pease, who hopes the image will “become iconic.”

All 19 of the Brewers Association board members approved the initiative, Pease said, adding that each of the 16 brewery representatives committed to printing the seal on packaging.

Boston Beer Company, the second-largest U.S. craft brewery, and Maine’s Allagash Brewing Company are among the initial breweries that have agreed to place the seal on their packaging.

In a conversation with Brewbound, Allagash founder Rob Tod, who also serves as the chair of the BA board, stressed the importance of having a “tool” that will help consumers know which labels are made by small businesses and which are made by larger companies such as Goose Island, Ballast Point and Lagunitas (owned by A-B, Constellation and Heineken, respectively).

“This will give the customer more information and transparency,” he said. “We are going to try to get it on our packaging as soon as possible.”

Allagash will first place the seal on its four-packs, a process that could take as long as three months as it works to deplete existing inventories, Tod said.

For his part, Pease said consumers could expect to see the seal on brewery websites as soon as today and on packages over the next few weeks.

“Our goal as an organization is to promote and protect small and independent craft brewers, and we feel this is a step in that direction,” he added.

The debut of the seal, which Pease said will be backed by a “significant investment,” comes more than 1,600 days after the BA launched its now famous “craft versus crafty” media offensive.

That effort, from December 2012, included an op-ed in the St. Louis Post-Dispatch headlined “Craft or Crafty? Consumers deserve to know the truth.”

In its promotion of the new seal, the BA cited a recent 2,000-person Harris Poll survey, co-developed by Brewbound and Nielsen, which found that 81 percent of craft beer consumers were familiar with the terms “independent” and “independently owned.”

She will be tasked with “establishing the BrewDog brand, sales strategy, operational growth, and developing its American bar division” as the company prepares to begin delivering beer from its new 100,000 sq. ft. production brewery in Columbus, Ohio, according to a company press release.

Robinson comes from the tech industry, where she co-founded two companies: Print Syndicate, an e-commerce business that turns memes into print-to-order T-shirts, and TicketFire, an app that digitizes paper event tickets. 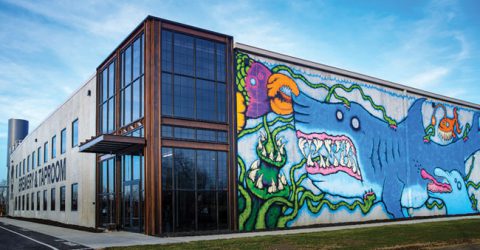 “The killer combination of her astute business instinct, huge passion for craft beer, and her love of our new hometown, Columbus made her the perfect fit,” BrewDog co-founder James Watt said via a press release. “Our USA launch and expansion is one of the most exciting and ambitious ventures we’ve dreamt up yet, and with Tanisha at the helm, the sky is the limit.”

Initial shipments of BrewDog beer, brewed in the U.S., were slated to hit Ohio retailers in July.

“Our biggest priority right now is getting our beer into people’s hands,” Robinson said via a press release.

After establishing itself in Ohio, BrewDog plans to expand distribution into neighboring states, it said. Other plans call for opening two BrewDog-branded craft beer bars in Columbus before the end of the year.

“Within the next 12 months, we’ll be hiring across every aspect of the business,” Robinson said via a release, “and with our Franklinton location opening in October and the Short North bar launching before the end of the year, we’ll be more than doubling the size of our U.S. team, and we’re always on the hunt for talented brewers as we expand capacity. ”

Earlier this year, BrewDog sold a 22 percent stake (worth $263 million) to TSG Consumer Partners, a San Francisco private equity firm that has investments in Pabst Brewing Company and Sweetwater Brewing.

Last year, BrewDog embarked on an Equity for Punks fundraising campaign that has generated more than $6 million from about 7,000 investors since its launch.

Anheuser-Busch InBev significantly bolstered its High End division’s craft and import portfolio when it announced plans to purchase one of the most acclaimed producers of sour, barrel-aged and hoppy beers in the U.S. – North Carolina’s Wicked Weed Brewing. 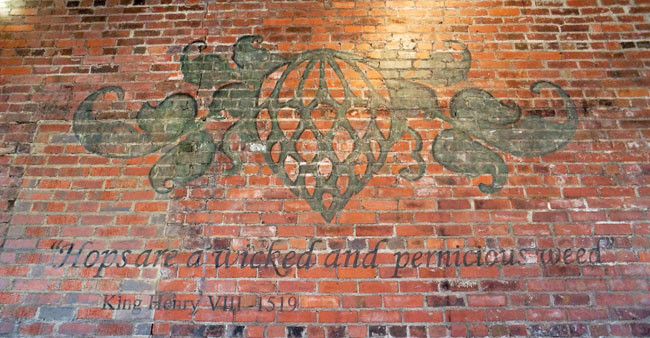 Current plans call for about 40,000 barrels of output in 2017 as the company nears completion on a 30,000 sq. ft. addition at its 50-barrel production facility in West Asheville.

But it wasn’t Wicked Weed’s aggressive growth plans, its brewing assets, its accolades or even its Asheville headquarters – where prominent craft breweries like Sierra Nevada and New Belgium have recently built massive secondary facilities – that caught the attention of Felipe Szpigel, the president of A-B’s High End.

“What makes them really special, and what got me really excited, is that they are reinventing what craft beer can be,” he told Brewbound, noting that Wicked Weed’s positioning as a sour and barrel-aged beer producer would give A-B a key weapon in its fight to take share back from wine and spirits makers.

Wicked Weed partner and co-founder Walt Dickinson echoed Szpigel, saying that the brewery hopes to “break down the walls between wine, spirits and beer.”

A deal with A-B will enable Wicked Weed to access a nationwide distribution network, give its brewers a greater ability to source raw ingredients and allow the company to tap into the collective knowledge of nine other craft brewery partners already part of the High End Division.

“I don’t think any of us were thinking bigger than a brewpub when we started,” Dickinson said, referring to Wicked Weed’s four other partners, Luke Dickinson and Ryan, Rick and Denise Guthy.

“As we evolved from being pub brewers to having a sour program and packaging IPAs, we knew that the next steps were going to be big steps for us,” he added. “We are not naïve. We recognize this is a business. About a year ago, we thought maybe there was potential that a partnership could be the future for us.”

The founders said they weren’t actively looking to sell the business. After all, access to capital wasn’t a hurdle; much of the company’s funding came from Rick and Denise Guthy, who were involved in the multi-billion dollar Guthy-Renker enterprise known for marketing the Proactiv line of beauty products.

“I know there are a lot of people who are not going to understand this decision,” Walt Dickinson added. “We chose this partner because they want to support the vision that is Wicked Weed and our future.”

Specific financial terms of the transaction were not disclosed and the deal is still subject to regulatory approval.

In the wake of the deal – which will require approval from the U.S. Department of Justice – at least 44 breweries announced they would no longer participate in Wicked Weed’s annual Funkatorium Invitational in Asheville on July 8, according to Tenemu.

As part of the deal, Drink Craft Beer has acquired email lists and several trademarks previously owned by The Pintley Company, which will be dissolved, Wharton said.

“It didn’t make sense for us to buy the company, but there were certain assets we wanted to leverage,” Wharton said.

“It will be a big boon for us,” he said, noting that Drink Craft Beer would now be able to reach at least 100,000 more beer drinkers who had provided their email addresses to Pintley over the years.

“We’re so happy to have them carry the torch of what we’ve created, bringing together their and our years of hard work and experience in craft beer events to keep delivering on what we set out to do,” they wrote.

The Pintley Company was founded in 2009 as a beer recommendation and check-in app that competed with Untappd, a market-leading mobile app that allows consumers to rate and review the beers they drink.

Wharton said Drink Craft Beer didn’t have any immediate plans to continue pursuing the smaller events as a potential revenue stream, noting that he, along with co-founder Devon Regan, have full-time jobs and run Drink Craft Beer as a side business.

“The biggest issue for us is time,” he said. “Our revenue model is really based off of the festivals. We want to expand what we are doing, improve on what we are already doing and get access to more people.”

Drink Craft Beer began as an enthusiast blog in 2006. In 2012, Wharton and Regan expanded beyond written content and small meetups into large-scale beer and food pairing festivals, which they hope to bring to other cities in the future.