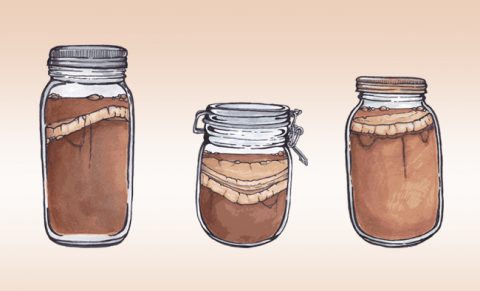 Are we ready to start looking past kombucha?

Even as the beverage industry forges ahead in constant search of innovation, that thought is a bit of a stretch. Kombucha’s explosive category growth has been well documented, with no slowdown in sight; according to research group 360 Market Updates, the kombucha market is expected to increase at a compound annual growth rate (CAGR) of 14.57 percent through 2021.

Yet kombucha’s increasing mainstream acceptance has also helped shift the entire beverage landscape in new directions. The rise in popularity of the fizzy fermented tea has coincided with growing consumer awareness and general interest in several of its key callouts: probiotics and gut health; a low sugar, better-for-you soda alternative; a fermented base. In fact, kombucha has seeded growth in recent years for an emerging host of fermented or probiotic drinks with natural functional benefits. Thanks to the breakout success of brands like GT’s and KeVita, kombucha has paved a runway that has given other beverages with similar qualities – drinking vinegars, switchels, water kefirs and probiotic ‘sodas,’ to name a few – plenty of room to grow themselves.

Whether those types of fermented drinks can succeed on their own will depend in part on if they are able to establish a strong identity from outside the shadow of kombucha, through distinctive flavor profiles, health benefits, use occasions, retail positioning and consumer messaging. In discussing the rise of “kombucha alternatives” with the brands that manufacture them, the potential for this emerging category to enjoy broad success is obvious; the path which leads to there, however, is anything but.

Out of the still nascent fermented beverage category, kombucha is the obvious category leader. But in developing drinking vinegars, probiotic tonics and other kombucha alternatives, brands have been tactful in how they position their beverages relative to its wellspring.

As one of the category’s pioneers and its current leading brand, GT’s Kombucha has a particular interest in how kombucha is perceived. Earlier this year, Millennium Products, GT’s parent company, announced it had changed its name to GT’s Living Foods. Besides just rolling off the tongue a little easier, the new name indicated a shift in company philosophy towards creating a broader brand platform for healthy, living products. Following the company’s acquisition and rebranding of Tula’s CocoKefir in late 2016, GT’s Alive Probiotic Ciders, which will launch this fall, is a further step in that direction.

However, company founder GT Dave also told BevNET that the new three-SKU line, which features a blend of adaptogenic mushrooms and apple cider vinegar each paired with a different tea, was also inspired as a reaction against what he called “the bastardization of kombucha.” The launch of Alive Probiotic Ciders has as much to do with protecting the integrity of kombucha as it does with using it as a launchpad to explore other areas of the fermented drink category. 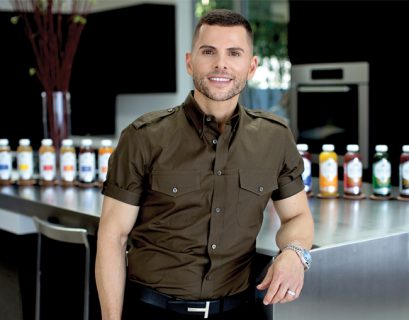 “I think people want something that is low in calories and light and sparkling, and they also want probiotics and nutrition,” said Dave. “I think kombucha, for a very long time, has been the placeholder name for that. But in my opinion, kombucha is something very specific and unique.”

According to Dave, those specific, authentic qualities of kombucha include the vinegary taste that he said was “part of the fundamental health benefits” of the drink. That sour taste, however, also happens to be one of the main drivers in pushing consumers towards other beverages that promise a lighter, more palatable entry into the fermented drink category, including GT’s Alive Probiotic Ciders. As long as boundaries respected, Dave noted he saw ample room for the two groups to– distinctly–complement each other on-shelf.

“If somebody wants a beverage that looks and feels a certain way and it’s not kombucha, our answer to that is fine: we will give you that in the best and most authentic way possible,” he said, referring to the new Alive line. “However, we will still offer kombucha if and when you are ready for that.”

Other players have looked beyond kombucha for white space reasons. Ian Lee, founder and CEO of Pressery, told BevNET that the brand considered launching its own line of kombuchas, but ultimately saw greater opportunity in the less crowded field of drinking vinegars. The brand, which started in cold pressed juice, was an early pioneer in the drinking vinegar category, launching a six-SKU still line that combined juice with coconut vinegar in 2016. At Natural Products Expo West in March 2017, the company sampled a revamped sparkling version.

“I just felt like there was a lot of people participating in that space,” said Lee, noting that he ultimately decided adding cold pressed juice to a kombucha would not be enough of a differentiator for Pressery to enter the market and compete with products from GT’s, Brew Dr, Suja and others. He compared the difficulty in creating true disruption in kombucha to his experience introducing incremental tweaks to the juice category.

“It can be hard to stand out unless you do something really crazy and unique,” he said. “We want to do new and different things or look at spaces that are bigger that we can really upset, versus being a me-too. It’s a competitive space and you kind of have to pick the things that you do.”

Yet if brands have the means and inclination to do so, creating a platform that includes kombucha and other fermented or probiotic alternatives has plenty of obvious benefits. Along with GT’s, the likes of KeVita, Blueprint, LIVE Soda and Suja all feature both drinking vinegars and kombuchas in their product lineups.

Whether it’s switchel, drinking vinegars or another kombucha alternative, brands working in this space are looking to capitalize on consumers’ shifting preferences away from soda and towards better-for-you drinks with specific functional benefits. Kombucha has done much of the work in educating the public about the nascent fermented drink category, and now those brands are looking to build on that awareness while establishing an identity of their own.

“It’s a lot of people who are switching from sodas, but also consumers who have come into the space because of kombucha,” said Derek Miller, vice president of communication at Lifeway Foods. The Chicago-based company, best known for its dairy kefirs, showcased Lifeway Elixir, a sparkling non-dairy probiotic soda made with coconut water, at Natural Products Expo West 2017 in March. As he explained, the product is positioned to capture a wide range of consumers, with particular appeal amongst those who “love the treasure hunt” of finding new healthy beverages. “It’s for people who are always searching for the new hot thing and that don’t want to drink just one particular item. They love the idea of new innovative probiotic beverages with other health attributes or ingredients that are a little bit more atypical that what is found in the soda aisle.”

The potential to capture consumers who aren’t already kombucha drinkers is part of the motivation for brands to push further into the fermented beverage space. Getting those customers, however, often requires the creation of drinks that are more broadly appealing in formulation, flavoring and presentation at retail. Early next year, Suja will roll out a mild revamp of its drinking vinegars line that Greg Rose, vice president of marketing for the brand, explained is aimed helping consumers understand at the sometimes divisive nature of its offering.

“Our philosophy behind the rebrand is that we’ve learned from consumer feedback and consumer reaction that the term ‘drinking vinegar’ is quite polarizing,” he said, calling the word “vinegar” “intimidating” for some consumers. Along with using a new name, Rose said several SKUs would undergo a mild reformulation for “sensory improvements.” He added: “[Consumers] can misinterpret the amount of vinegar that’s in the product and don’t always understand that it’s actually a blend of apple cider vinegar, cold pressed juice, and water. And so the rebranding effort is a way to better communicate to the consumer what the product is and then also to highlight its benefits on the label more clearly.”

For Lifeway, calling its carbonated, lightly sweetened probiotic drink an Elixir has helped give it a broader health halo that Miller said was part of the product’s “moodier, mystical” theme.

“We did see an appetite for what we’ve called ‘hybrid’ drinks,” he said. “People really liked that Elixir has probiotics but also that it has coconut water, but not the flavor that people associate with coconut water. People seemed to be interested in the additional flavors and attributes that kind of create a drink that [doesn’t have a] sole purpose or sole identity.”

Consumer friendly products also open doors to further retail expansion. At this year’s Expo East show in Baltimore, brands like Vermont Village and Vitox showcased drinking vinegar shots designed to be merchandised at the point of purchase, giving them a prime positioning for impulse purchases and appealing to curious consumers who may not want to buy a whole bottle. Kombucha’s growing popularity as a cocktail mixer and alternative adult beverage has also created opportunities for brands to tap into that market.

“We are exploring a possible package geared towards quick service [for Probiotic Elixirs],” said Miller. “Because of some of the early usage cases at cocktail parties and as a mixer, there have been some requests from hotels and bars looking to see if we could provide a solution in terms of a smaller size or different serving configuration to make it easier for people behind the bar to use something that’s a little bit healthier than a traditional mixer.”

Even as consumers increasingly seek out beverages with probiotics, not every innovation is guaranteed to catch on. Probiotic waters and water kefirs, for example, are still only a small piece of the market, suggesting consumers may not understand the offering as intuitively as when it’s described as a soda or elixir.

Rose said that he wasn’t sure why Suja’s probiotic waters line, which he noted won the “Best of West: Press Award” for its raspberry SKU at Expo West 2016, has performed below expectations at retail. “Our assumption is that it probably has something to do with value and what consumers are willing to pay $2.99 for in a full beverage,” he said, noting that the probiotic water line is not a high priority for the brand, which is focusing marketing efforts on its kombucha, drinking vinegar and juice. “They may see more value in something that has higher juice concentration or coconut vinegar as opposed to probiotics and water with some flavor.”