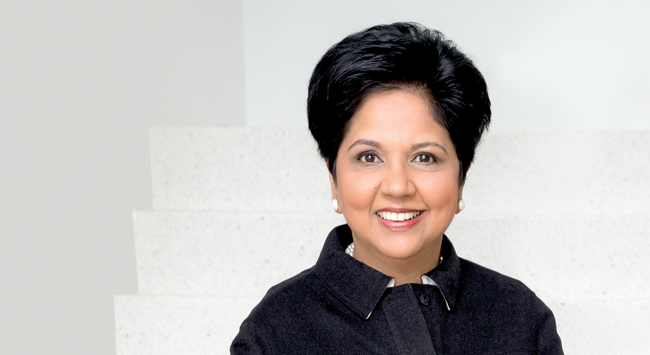 This year’s list identifies women who have the ideas, influence, authority, money, and knowledge to affect the beverage business – both short-term and long-term. Some have been toiling in executive suites, while others have built businesses bottle by bottle.

As the headline says, this list isn’t definitive; nor does it include conceptual constructs: you won’t see “the millennial mom” here, but you will see individuals and partners in hard work, ground-breaking innovation, thought leadership, and, yes, change.

We strive to achieve gender balance in our annual surveys, so why are we focusing on women this year? Because we can, and because we should. Sometimes these lists can be viewed as tokenism, but in this case we feel that by pointing out the members of a cohort of high-powered women in the beverage business – in varied but equally important areas – we can make the argument that there is movement toward balance. That’s not to say it’s been achieved by a long stretch – some of the list’s inclusions come as a result of the power that comes from pointing out disempowerment – but the line is moving, and it’s worth discussing. And also, as with all lists of this kind, very much worth thinking about and pointing out who else is deserving of inclusion. 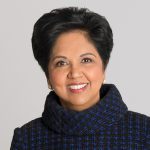 Indra Nooyi Chairman and CEO, PepsiCo
Regularly listed as one of the most powerful women in business, period. Nooyi survived a challenge from activist investor Nelson Peltz in 2016; her quest to convert PepsiCo to a company that symbolizes healthy consumption remains the measuring stick for the future of big food. 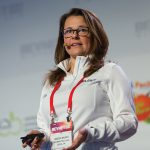 Vanessa Walker EVP Marketing and Innovation, Celsius
Celsius might not be as big as the rest of the companies on the list, but Walker has already made all of these companies take notice with her work re-invigorating LaCroix for National Beverage Co. Now she’s doing the same at Celsius, making the brand a player across all channels and discovering new paths for growth. 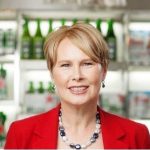 Maggie Timoney CEO, Heineken USA
The first female CEO for one of the traditional big beer companies in the U.S., the 20-year Heineken veteran has a transformational mission: keep Heineken’s star shining while continuing the growth of craft star Lagunitas – all while integrating some of the out there (read: marijuana-based) innovation taking place at that company’s home base. 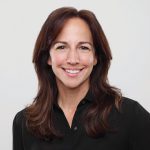 Amy Taylor President, Red Bull North America
Recently promoted, Taylor has been the face of the brand for several years, appearing before Senate committees and pioneering the company’s growth as both a media and beverage brand. 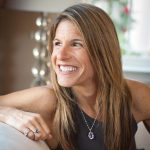 Sheryl O’Loughlin CEO, Rebbl
The most-cited woman entrepreneur in discussions of power, she has spent years as a leading mentor to entrepreneurs – both female and male. But she’s also leading by example at fast-growing Rebbl. The brand just scored a $20 million financing round and is just starting to hit its stride, ushering in new respect for adaptogens in the beverage space and showing the legs to move the product toward the mainstream. 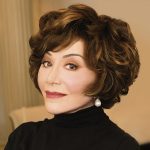 Lynda Resnick Co-Founder and Vice-Chair, The Wonderful Co
She owns POM, she owns Fiji. Not a bad run at all – and both brands are being reinvigorated through clever marketing alliances and the company’s own rebrand under the Wonderful Co. umbrella. Fiji itself is about to test its own power, moving out of the DPS umbrella; we believe that Resnick’s marketing savvy will make the brand a hot property for other distributors, indeed. 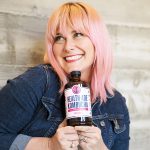 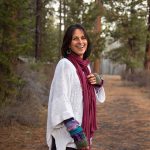 Daina Trout CEO, Health Ade
Jamie Danek CEO, Humm
Visibility is often the key to culture change, and as these two co-founders and CEOs in the kombucha space continue to grow, their visibility will inspire that change. As kombucha grows, both Trout’s and Danek’s teams will, as well, and will join other strong women-led companies (like Mamma Chia and Bonafide Provisions, for example) in exporting teams bearing the imprint of their own leadership styles. Both strong, smart executives, they are great examples of leading by succeeding. 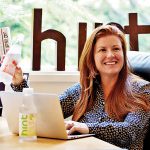 Kara Goldin CEO, Hint
Over the past three years, Goldin has established herself not just as a beverage entrepreneur but as one of the nation’s leading entrepreneurial voices. Hint continues to grow, and so does her role as a speaker on culture, politics, and drive. On the business side, Hint’s growth as a platform brand is being seen in a variety of ways, from skin care to an exemplary e-commerce practice that has moved it to the next level in terms of revenue. 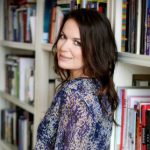 Julie Smolyansky CEO, Lifeway
Not just satisfied to sit at the head of publicly-traded Lifeway, the leading brand in the Kefir category, Smolyansky continues to build on an already impressive and fearless public profile. Already active politically, she’s an executive producer of a movie about campus sexual assault and a leading voice for Test400K.org, which is trying to eliminate a backlog of untested rape kits. Also – did we mention Lifeway’s $250 million valuation? Or the buzz around her Kefir Cookbook?

THE GUTS OF THE BUSINESS 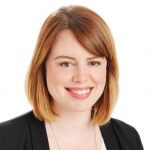 Stephenie Landry VP, Amazon: Amazon Fresh, Amazon Prime Now, Amazon Restaurants
If Amazon has arms everywhere, Landry’s are the ones that go from the store to the home. If she does her job well, she’ll smoothly usher in the change from in-store to online grocery shopping, taking Whole Foods’ customers and suppliers with her, while also providing a blueprint for conventional accounts to follow the same path. No big deal, right? 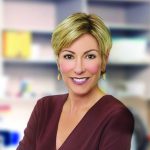 Barb Stuckey President & Chief Innovation Officer, Mattson
An author and food development expert in her own right, Stuckey is also a tastemaker in the truest possible sense: it’s her sense of taste that sets the standards for products at Mattson, one of the country’s biggest product development innovators. She’s the one who demands great taste from functional food and beverage producers. 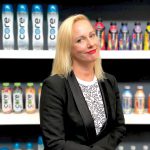 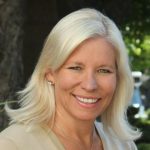 Shannon Deary-Bell CEO, Nor-Cal Beverage
The third-generation leader of the largest independent soft drink co-packer west of the Mississippi, Deary-Bell runs a business that makes, bottles, and cans drinks for companies ranging from AriZona to Guayaki to Coca-Cola. She’s made gutsy decisions along the way, including selling off the company’s profitable Anheuser Busch distributorship to invest $47 million in more manufacturing technology and warehousing capacity. The result? A company that can win with both picky entrepreneurs and the biggest of the big. 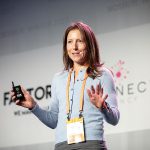 Janica Lane Managing Director, Piper Jaffray
Lane keeps the M&A market pumping in the beverage space, and is always ahead of trends enough to know when the strategics will bite: she mastered connections with BluePrint and SUJA in the juice space, then moved into coffee with Chameleon Cold Brew, Intelligentsia and Kicking Horse. Now she’s on top of the alt-dairy trend, helping arrange a deal between Good Karma and Dean Foods. 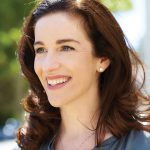 Kara Cissell-Roell Founding Partner, VMG
From her earliest days working as an investor in Glaceau, Cissel-Roell’s career has been linked closely to beverage. Now VMG is behind fast moving brands like Spindrift and Humm – high impact investing indeed. 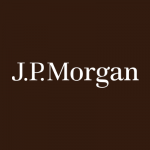 Rachel Christopher Executive Director, Consumer Retail Investment Banking, JP Morgan
Christopher swooped in two years ago and pulled off one of the biggest transactions in recent memory, selling Bai to Dr Pepper Snapple. Now, she’s built out a team and the white shoe investment bank is on the prowl. 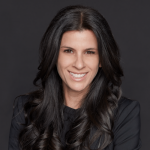 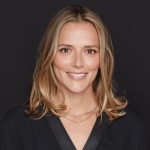 Jordan Gaspar/Lauren Jupiter Co-Founders, AccelFoods
As this firm has moved from incubator to accelerator to fund, it’s assembled a long list of beverage investments: from current industry darlings like Bear Squeeze and Koia to stalwarts like Harmless Harvest and Aloe Gloe, they’ve built partnerships and backed innovation in more than a dozen beverage brands. Never afraid to shy away from innovation, they’ve also scored with nontraditional plays like Four Sigmatic. 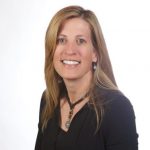 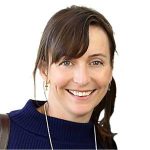 Carole Buyers BIGR
Tracy Miedema PMIDPI
An investor in leading brands like High Brew, Rebbl, and Bonafide – not to mention an early investor in SUJA and Temple – Buyers was also one of the first research analysts to define and cover the natural food business and has continued to blaze a trail with BIGR, working closely with Miedema. The next link in the chain, Miedema’s an investor and an insider, a key part of the “value added” proposition of BIGR’s thesis because she’s able to use Presence Marketing’s reach to help shepherd growth for portfolio companies. Already a superstar at companies like White Wave and a former member of the National Organic Standards Board, Miedema is a mentor to companies large and small. 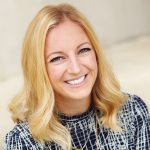 Cassie Nielsen VP of Talent, VMG Partners
A big part of sharing power comes from building the pipeline to more. One of the most active thinkers in the area of diversification of the CPG workforce, Nielsen is also getting it done, helping foster women in CPG discussion groups across the country and diversifying hiring practices throughout the VMG portfolio. She’s also taking the talk on the road, joining panels and thought leadership groups to determine the best ways to effect change.

Page Zeringue, Fran Pulizzi, Jamie Hogan, Sarah Lozano, Sarah Rabuse, Karen Simmons former employees, Monster Energy
These women have each filed sexual harassment or discrimination complaints against Monster in recent years, and have come forward publicly this year to say so, creating a #MeToo moment in the beverage industry at a time when that wave is crashing over so many business and cultural institutions. The public discussion of the complaints has companies reevaluating their cultural practices and teams, and helped spur the resignation of at least one sales executive. 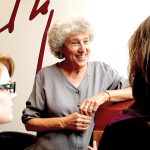 Marion Nestle Nutrition Professor, Author, & Food Activist
Nestle is one of America’s best known experts on the politics of food and dietary choice. With “Soda Poltics” in 2016, she also took on the beverage business – a decision that is still having ramifications in the regulatory and political space, as seen by recent changes in California law concerning soda taxes. 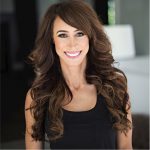 Melissa Hartwig Whole30
Perhaps the most important influencer in the nutrition space, Hartwig suggested dropping dairy – creating space for nut milks to rise; Hartwig’s team pushes for the elimination of sugar – and even diet soda – and seltzer and kombucha take off, along with veggie juices and unsweetened teas. She’s showing the influence of a diet not just as a cut in revenue, but a thumb on the register for some product types. 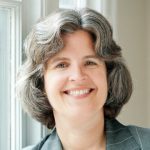 Michele Simon Executive Director, Plant Based Foods Association
On the front lines of the battle between the dairy industry and the thriving plant-based milk business, Simon is at the associational forefront of a rising tide of business. Crushed almonds in solution isn’t anywhere near as brandable as Almond Milk, now, is it?