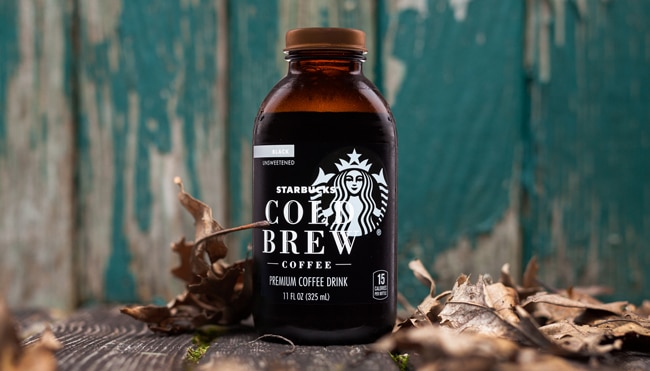 So far, sweeter coffee drinks dominate the category. But cold brew is changing the game.

Over the past several years, the cold brew coffee wave has excited investors, intrigued consumers, and breathed new life into a once peripheral beverage category. But beyond the buzz that has made cold brew the fastest growing sector of the ready-to-drink coffee category, it’s worth remembering that Starbucks still controls 78.3 percent of the dollar market share, and that a lot of that is from the decidedly NOT cold brewed Frappuccino line.

Through its distribution deal with PepsiCo, the Seattle cafe chain’s products brought in $1.89 billion in RTD retail sales in 2018, out of a total $2.44 billion for the entire category, according to Wells Fargo Securities. Although the North American Coffee Partnership remains the biggest maker of RTD coffee, in recent years Starbucks has had to compete with a flood of new brands coming for its share, among them a bulk of the largest beverage strategics in the industry.

In 2016, The Coca-Cola Company upped its RTD coffee game via a partnership with Dunkin’ Donuts; in 2017 it added the McDonald’s branded McCafe line – both emphasizing indulgence with sugary, milk-heavy coffees (and which combined netted Coke $170 million in sales last year). Last year, of course, it purchased a large cafe company in England, with the $5.1 billion purchase of Costa. The blockbuster merger of Keurig Dr Pepper, under its parent JAB Holdings Company, brought all three soda giants into the coffee game – and JAB has gained additional RTD traction with FORTO Coffee Shots, Peet’s, High Brew, and Stumptown. Danone North America’s RTD portfolio includes the fast rising SToK brand which finds much of its velocity via grocery, Nestlé’s portfolio includes Chameleon Cold-Brew, Blue Bottle, and Nescafe, and most recently AB InBev announced a coffee line through the HiBall brand.

The point is that despite being at the forefront of innovation, independent cold brew makers are still just a sliver of the overall marketplace – and they’re facing increased competition from household name brands with powerful distribution and marketing networks. But, as the strategics stake their ground(s) in coffee, independent cold brew remains a vibrant space that the leading companies have yet to fully explore. Industry analysts say independent brands are just getting started – and the entrance of the strategics is in the long run a major boost for them that could set the stage for high profile acquisitions down the line.

“There’s a couple sub-trends going on…. A lot of converging trends are happening at the same time – opportunities from [consumers fleeing] other soft drinks, strong cold coffee trends in [on premise] coffee shops, and the strong support from the big players,” Barry said. “All three major players in American beverages now – Coke, Pepsi and Dr Pepper – are aligned with one or more coffee brands and all together they are creating a real tremendous growth.”

While indulgent iced coffees still lead the market, Barry said, cold brew is experiencing the fastest growth – in large part due to ability to cross over into the other segments. It can, for example, provide consumers with good-tasting sugar-free energy. But he takes a cautious approach to the segment, citing past stagnation in other categories.

“It’s a very small segment of the market but roughly doubling in size every year in the RTD sense,” Barry said. “That can only go on for so long.”

Consider coconut water, which was growing over 100 percent every year until recently, he added. “Then you just hit a wall and it goes massively down. I don’t think cold brew will do that, but it provides a cautionary tale.”

In the investment space, there’s few signs of cold brew slowing down. Although last year saw only a handful of coffee independents announcing significant funding rounds – Califia Farms’ $50 million raise in July being the largest – the category is still drawing interest. Several brands reached by BevNET said they were exploring capital raises, while Whipstitch Capital co-founder and managing director Mike Burgmaier said he was aware that multiple large strategics not yet involved in the space were shopping for acquisitions.

“I think there’s immense opportunity in coffee from the startups, the emerging brands, and multiple potential buyers in the investment community are still incredibly interested, and rightfully so, in coffee,” Burgmaier said. “You don’t need to have just Coke and Pepsi out there and think you’re done. JAB, through KDP and their other entities, they understand that the demand for coffee is seemingly unlimited and the category is growing. You can always take share from Starbucks too, so there’s a ton of opportunity.”

Consumers moving further away from sugar over the long term will determine where companies like Coke go with coffee, he said. While brands like Dunkin’ or McCafe have immense brand recognition, at a certain point health trends are likely to win out and the indulgent brands will hit a ceiling.

“You can get large, you can make a product that has a lot of margin, but then you’re doing nothing but playing a share game with other people, so you’re not going to grow and eventually you’re going to decline,” he said. “So essentially you’re creating a legacy brand that will fail at some point in time, so it’s just taking some interim share.”

Eventually, innovation will win out, notes Chris Campbell, co-founder and CEO of Chameleon Cold-Brew – which was acquired in 2017 by Nestlé. Campbell told BevNET those innovations, largely coming out of emerging coffee brands, are likely to be significant as major companies evolve their coffee strategies. While Nestlé’s coffee business is relatively small in the U.S. compared to its massive global reach, he said the conglomerate is “laser focused” on developing its coffee portfolio over the next two years.

Campbell called the marketplace for Chameleon and smaller coffee brands a “day-in, day-out dogfight” and that in order to scale and grow they will eventually need to begin eating market share from the larger players – namely Starbucks.

“As our volumes get bigger, runs get bigger, commitments grow larger, that stuff becomes more and more difficult,” Campbell said. “I think at the end of the day for us it’s about innovation, it’s about sticking to a channel strategy that makes sense for the brand, we don’t need to be everywhere. We don’t need 80 percent ACV right now, that would be wrong for the brand and Nestlé’s supportive of that.”

Grant Gyesky, co-founder and CEO of RISE Brewing Co., which enjoyed a $2.3 million raise last summer, said his company is currently exploring further investment and that interest from venture capital in cold brew is strong. He compares coffee to craft beer, believing that the current prominence of brands like Starbucks and Dunkin’ is equivalent to the failure of major brewers to recognize the growing power of the craft beer trend two decades ago. Calling cold brew coffee’s evolution unpredictable, he said many brands like RISE are taking a careful path ahead before being locked into the rigidity of a larger company’s system.

“I see a lot of brands at our stage purposely trying to stay away from capital that limits what lanes they can move forward in, which is those larger players,” Gyesky said. “I think it limits where they can go, where they can take the brand.”

Barry, of Euromonitor, was quick to note that the “Emerging Functionalities” sector of RTD coffee is still just “a drop in the bucket” of the overall coffee market, but that emerging trends like CBD, collagen, and MCT oil have big potential to shake up the space. If consumers are to move away from indulgent coffee, he said, then different functionalities beyond natural energy could be a driver.

“If you start with the indulgent stuff you can’t do much with the functionality because you have the high sugar,” he said. “It really screws up any sort of health positioning you might have. Whereas with cold brew you have a low sugar, high functionality option you can use as a base. We’re still trying to figure it out.”

Jim DeCicco, co-founder and CEO of Kitu Life (formerly Sunniva Super Coffee), told BevNET he has seen sales of his coffee with added MCT oil grow thanks to the popularity of the ketogenic diet. But beyond its functionality, the product also resonates with non-dieting consumers as a zero sugar coffee option but with similar taste profile to a Frappuccino or similar sugary latte. Having that differentiation has helped the brand to expand distribution and attract investors, he said.

Comparing the brand’s go-to-market strategy to Vitaminwater and CORE Water, DeCicco believes that emerging coffee brands can still go toe-to-toe with the strategics with a headstrong sales team and a weighty marketing budget.

“It’s not really a finite game cause nobody really wins the beverage industry,” he said. “We’re all just sort of playing and succeeding. The big brands like the Starbucks and the Dunkin Donuts of the world, especially once they team up with Pepsi and Coke, we don’t view them as competitors we view them as rivals. Which means to us, their strength is that they show us where our weaknesses are and where we need to improve. Inversely they also highlight our strengths.”