Food company Sovos Brands announced in August that it has signed an agreement to acquire pancake and waffle mix brand Birch Benders, deepening Sovos’ presence in the breakfast and snacking categories as it seeks to expand the brand’s distribution, marketing efforts and product offerings. The transaction is expected to close by the end of October.

Sovos president and CEO Todd Lachman said Sovos has reached a five-year consulting agreement with Birch Benders’ co-founders, CMO Lizzi Ackerman and CEO Matt LaCasse. The pair will still be “associated with the business, but not in the same leadership positions” they currently hold, according to Lachman.

Founded in 2011, Birch Benders markets keto and paleo-friendly pancake and waffle mixes along with frozen toaster waffles. Birch Benders, which previously took investment from Boulder Food Group, is available in over 15,000 retailers nationwide including Walmart, Target, Whole Foods and Safeway.

The company was attracted to the brand’s nutrient-dense, clean label ingredients, Lachman said, with SKUs that are “on trend,” catering to consumers’ “diverse dietary needs” such as paleo and keto. Moving forward, Sovos will seek to expand Birch Benders’ distribution and household penetration, which Lachman said is currently 3%, as well as extend the brand into new categories.

LaCasse said the sale will give Birch Benders the “opportunity to grow to its full potential” beyond its roots in pancakes.

“We’ve always seen ourselves as a brand that can really go in pretty much any aisle of the grocery store from the beginning,” Ackerman said. “What we had dreamt up for Birch Benders is becoming a platform brand and we’re excited to be joining the Sovos family so we can accomplish that.” 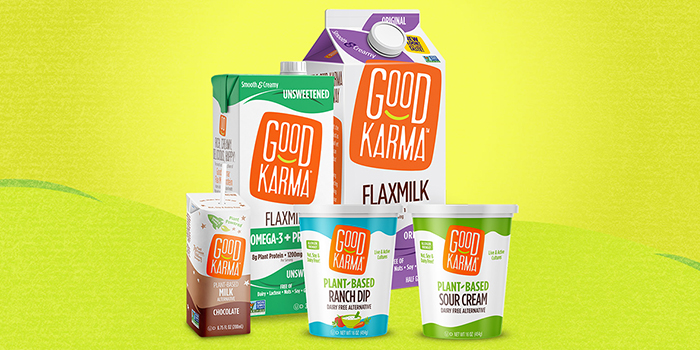 As the assets of dairy conglomerate Dean Foods continued to be divided up following the company’s bankruptcy filing, plant-based dairy brand Good Karma announced that it has repurchased the majority of the company once owned by Dean and also closed a “significant” amount of capital through new strategic partners.

The round included both a new investor, Valor Siren Ventures, as well as existing backers 2x Consumer Products Growth Partners and a variety of other individual, current, shareholders. The purchase price along with the size of the investment round were not disclosed.

Following its November 2019 bankruptcy, Dean received approval in April to sell the bulk of its assets to national cooperative Dairy Farmers of America (DFA) for $433 million — of which Good Karma was not included. Soon after Dean-owned brand Uncle Matt’s Organics announced that its founders, along with a consortium of new investors, had repurchased the brand for $7.25 million under newly formed company Harmoni.

Good Karma followed a similar path: The shares were repurchased from Dean and then subsequently retired as the new investors came into the business. Despite being majority owned by Dean for over two years, Good Karma was run as an independent business out of Boulder, with a separate leadership team and board of directors. The company also did not use Dean’s DSD network, a spokesperson said. As a result, the ownership changes will not materially impact Good Karma’s distribution or operations, CEO Doug Radi said

However, the portfolio has been trimmed with Good Karma discontinuing its Dairy-Free Yogurts, Drinkable Yogurts and 10 oz. Flax Milk + Protein Grab-And-Go bottles. The company plans to launch new items in 2021, Radi said. The company’s current roster of flax-based dips and beverages are sold in over 10,000 stores.

Dean acknowledged changing consumer preferences as one reason for its financial struggles, citing “continuing declines in consumer milk consumption.” The opportunity to diversify into plant-based dairy was part of the reason the company first made a minority investment in Good Karma. 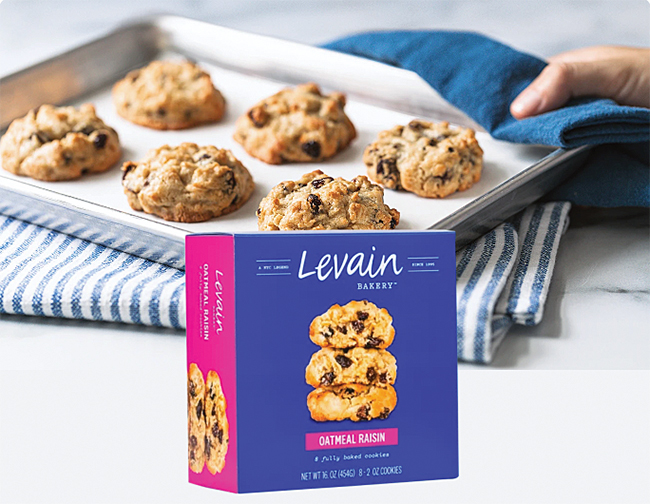 Beloved New York City chain Levain Bakery wants to bring a little glitz to the frozen dessert category, announcing the launch of a line of its lauded cookies into grocery stores, the company’s first move into CPG.

Opened 25 years ago by Connie McDonald and Pam Weekes, in 2018 The Stripes Group acquired the majority of Levain — which has been singled out for having chocolate chip cookies that are among the best in New York. Soon after, Andy Taylor was brought on as CEO, and CPG vets, including CMO Rachel Porges and CFO Jennifer Dong, were also hired. The company has seven bakeries, along with a robust ecommerce business. Although the bakeries each stock roughly 30 to 40 SKUs, the bulk of their business remains in cookies, Taylor said.

In CPG, the Levain team decided to stick with what was working, launching 8-packs of frozen, precooked cookies which will retail for $7.99 to $9.99. Available in Chocolate Chip Walnut, Oatmeal Raisin, Two Chip Chocolate Chip and Dark Chocolate Peanut Butter Chip, the cookies can either be defrosted and eaten or, as Levain suggests, heated for a few minutes.

Texas retailer Central Market was the first to pick up the new line, which will soon also be sold in the Whole Foods Northeast region. It’s a project that has been in development for 18 months, Taylor said, and was a core element of the Stripes investment.

The plan is to roll out in stores “semi-regionally,” she said, moving from the East coast slowly across the country. Regions where the company already has brand awareness will be the first to see the new line as it’s “just more efficient” in terms of marketing spend, Taylor said. While the line commands a more premium price point then your average cookie, Porges said, the plan is not to focus solely on specialty retailers, with conventional, mass and natural stores all playing a role.

Along with CPG, the company also will focus on its ecommerce business, which is typically used by consumers for gifting occasions, Taylor said. Over the next three years, he added, the hope is to grow the CPG line to 18-20% of the business and maintain ecommerce as roughly 10-15% of sales. 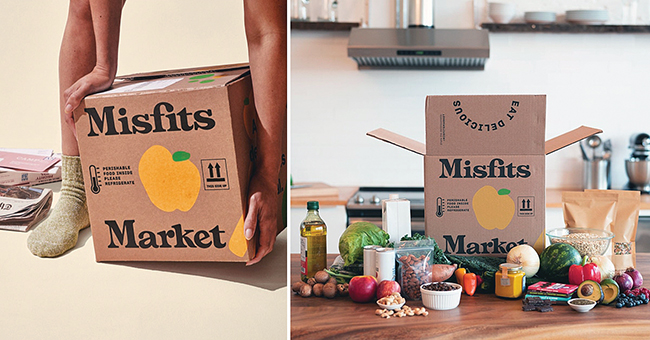 The raise brings Misfits’ total funding to $101.5 million. As part of the funding announcement, the company also disclosed it will be opening a new warehouse in Delanco, New Jersey, a move that will allow it to more than double its order capacity along the East Coast and South and into the Midwest. The company currently delivers to customers in 26 states (and Washington, D.C.) with four more states expected to come online in the coming months.

The funding will, in part, go towards helping the marketplace become an even larger part of the company’s offering to shoppers. Originally launched in November 2019, Misfit marketplace brand partners have included Minor Figures, Wild Planet, Bob’s Red Mill, Illy Coffee, Peeled Snacks and Deep River. Of the current selections, roughly 125 are packaged food and beverage products. Though the company does sell some bulk items in “minimal” packaging with just product type, nutrition information and ingredients, the vast majority of the items have branding from the original producer, said Daniel Litwin, Misfits Market’s VP of procurement.

CPG items do not have to be organic, but they are generally “natural” offerings with their “misfit” nature ranging from having old branding, to being excess products to having a misprinted label. Though there’s no minimum, producers have to provide enough volume that it won’t immediately sell out, Litwin said. He added though Misfits can serve as a product discovery platform for customers, his team of six works with brands both small and large, with PepsiCo snack brand Bare Snacks a frequent partner, for example.

“We have a dual mission,” Litwin said, “which is to fight food waste and being an outlet for the growers and producers that need a place for this stuff to go. And then increasing affordable access to natural, organic foods.”

Litwin added that by partnering with Misfits, producers can show their commitment to sustainability and reducing food waste, thus actually “increasing their brand equity.”

Supercharge Innovation is Next Week!