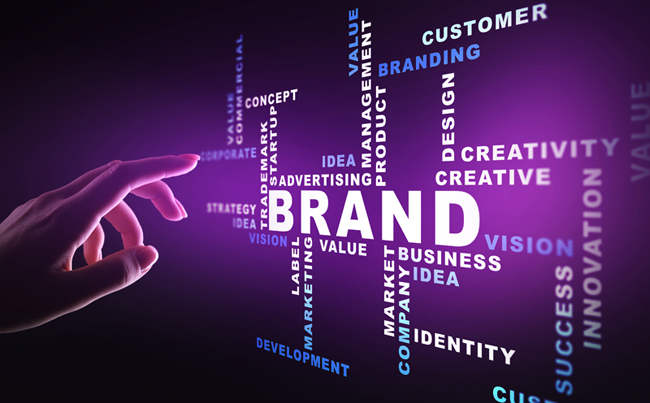 Building new beverage brands is hard. It’s almost always a long, hard slog, with unanticipated detours and hair-raising moments of truth. If you’re reading this magazine or have attended a BevNET Live conference, you know that perceptions of overnight success surrounding mega-exits like Vitaminwater or Bai or Rockstar Energy are almost always misinformed.

So it stands to reason that resuscitating established, but abused or neglected, brands holds appeal as a way of short-circuiting the arduous brand-building process if the damage hasn’t been too severe. One such experiment is just getting under way now that Zico Coconut Water founder Mark Rampolla and his partner at PowerPlant Ventures, Dan Gluck, have bought back the brand back from Coca-Cola just as the soda giant was sunsetting it as no longer central to its portfolio. The move promises to inject some excitement into a category that has been carried at the premium end almost entirely by Vita Coco after Pepsi fumbled its ONE acquisition and Coke fumbled Zico. Credit Coca-Cola and its CEO James Quincey with finally recognizing that they weren’t doing the brand or category any good.

So what fireworks are Rampolla and the CEO he’s brought in for Zico, Tom Hicks, planning this year? The answer is none. It seems they’re just planning to settle on the SKUs worth emphasizing and assuring retailers they’re in it for the long haul. That may be all that they need to do: experience shows that it’s remarkable what simple focus and commitment can do for a brand that’s simply gotten lost in the shuffle of a larger company.

That became clear to me observing one of the classic beverage brand resuscitation projects, the turnaround of Snapple in the 1990s under CEO Mike Weinstein. You may recall that Quaker Oats had acquired the brand for $1.8 billion but fumbled it so severely that it ultimately dumped it on corporate activist Nelson Peltz for a mere $300 million. The corporate debacle was so extreme that it ultimately cost the independence of Quaker and its coveted Gatorade brand, which were acquired by PepsiCo. Yet Weinstein and his doughty crew succeeded in reversing that brand damage in a few years through such straightforward actions as bringing back Howard Stern as an endorser, reprising Wendy the Snapple lady as face of the brand, upping the pace of innovation and restoring the faith of DSD partners who’d been consistently undermined by Quaker. Though the team displayed plenty of ingenuity, from what I could tell, much of their success stemmed simply from making noise in the market: letting the trade know that they were restoring energy and focus to the mishandled brand.

That suggests there’s plenty of opportunity to bring other neglected brands back to life. One such rescue project I’ve found exciting to watch has been Suntory’s rescue effort for its Orangina brand, which had languished within the massive portfolio of Dr Pepper Snapple Group despite having a flock of attributes that should have made it very appealing to contemporary consumers: actual orange pulp, a moderate sweetness profile, an iconic glass bottle. In the hands of Suntory’s Pepsi Bottling Ventures unit, the brand has been re-energized, restoring the classic glass bottle as a focus even as it offers needed PET packs and cans for some partners and occasions. The recovery of the Uncle Matt’s Organic juice brand by its founder, Matt McLean, from the debris of the Dean Foods liquidation would seem to fall into this category, too, though aside from letting innovation languish, Dean’s stewardship doesn’t seem to have been disastrous. Several years after its disastrous acquisition by Nestle Waters North America, efforts continue on resuscitating the Sweet Leaf Tea brand, so far without conspicuous success.

One can point to lots of other underused assets lost in big systems that might fare well independently. Indeed, it has been something of a mystery to me why big corporations don’t more readily let these underemployed brands go, particularly after a new ownership or management team has come in that can blame the missteps – and associated writeoffs – on those who preceded them.

Beyond Orangina, Keurig Dr Pepper would seem to have a trove of such brands that might benefit from a new corporate master: Nantucket Nectars, Mistic, Yoohoo. KDP’s predecessor Dr Pepper Snapple Group essentially acknowledged the degree of its neglect of Yoohoo early last decade when it hived off marketing duties to a pair of grad students at the University of Texas’ McCombs business school. If anything ever emerged from that effort, I never heard about it, and it certainly didn’t change the brand’s trajectory. So why not just let it go? Over at Coke, the other sunsetted brands includes the Hubert’s Lemonade line it acquired from Monster Beverage, with a smiley-lemon icon and rich flavors that once seemed to strike a chord among younger consumers. But Coke bottlers pretty much don’t want to bother with glass-bottle brands, so Hubert’s has been scrapped as an RTD and continues to exist in a sort of nether world as a fountain-only brand. Why not let it go to an energetic new owner with a deal that allows KO to share in any upside?

That’s not to say all struggling brands warrant a redo. Some may be so damaged, or playing in categories with such severe headwinds, that their prospects shouldn’t be clouded by any haze of nostalgia. That may be true of another discontinued Coke brand, Odwalla, which was quietly shopped last year and apparently drew a pass from such logical potential buyers as Califia Farms and Bolthouse Farms. Of course, Bolthouse itself represents an attempt to reinvigorate a brand that was much abused by its acquirer, Campbell Soup, and so far the activities of the restored management team under CEO Jeff Dunn have been impressive. Seven years of erosion under Campbell (which wiped out $1 billion in value) may be easier to reverse than Odwalla’s 19 years of increasing drift under Coke. Still, I kind of hope someone eventually comes along to make another try with that storied trademark.