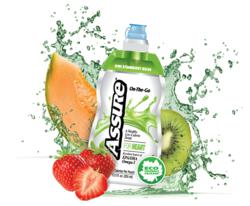 “We are pleased to partner with Shoppers Food, who has a clear commitment to carrying quality products and delivering a superior shopper experience,” says Chuck Miller, VP Sales & marketing for Assure Water. “Expanding our availability through a key Mid-Atlantic trade area as Northern VA, Washington D.C. & Maryland being a strong beverage market and great exposure for the only consumer focused healthy water in a pouch with a sports cap in North America. Assures all natural healthy energy drinks with clearly stated function and first to market ingredients like D-Ribose the only natural energy source our Tropical Tangerine with D-Ribose. Shoppers makes it easier for thousands of nation’s capital city to discover Assure healthy water and eliminate the plastic water bottle that plagues this country and now everyone can actually buy a product that is good for you and good for Earth”

Assure Water began October 2008 and just officially launched the product line April 2011, originally only four flavors but very quickly grew to six with some new and very exciting developments with ingredients such as D-Ribose benefits and Omega 3 DHA/EPA. Mike Eskandari operations director for Assure Water stated “We spent many, many months perfecting and Assuring quality in our packaging and our formulation and every time we got it right we decided we could still do better and our goal of being first to market on several fronts drove us to innovation. Even becoming the first healthy vitamin water that is not only provided key functions for the athlete working out every day but a product moms can give to their kids in their lunches specifically Kiwi Strawberry Melon with Omega 3, and to certify our ingredient’s and process we are currently the only product in distribution with Kosher but Halal certification’s and to get those certifications it cost us at least five months of research and development, but we are proud of the end result and the retail buyers are excited to finally see a new innovative brand come to market”. Assure Water is available at leading supermarkets in the NE, SE and Caribbean Islands.

Shoppers is thought to have derived several now-common supermarket features, such as warehouse shelving (no longer utilized in new stores), open-bin bulk foods (also no longer found in the chain), large salad bars with hot prepared foods and specialized fans to keep produce fresh, and “warehouse-sized” packaged products. Shoppers also was one of the first chains to sell all of its produce by the pound, rather than by the item, which is now common. This prevented the “picked-over” selection of produce commonly found in conventional supermarkets several days after a produce delivery.

Shoppers Food & Pharmacy had its roots in a store opened in 1929 by founders Irving Herman and his younger brother, Kenneth Herman, at Vermont and V St, NW, Washington, D.C. The earliest Jumbo Food Store was in operation as early as May 1952 at 3439 Benning Rd N.E., Washington, D.C., and was the former River Terrace Super Market. The Herman brothers were joined by their brother-in-law, Sam Levin, and a location in Seat Pleasant, Maryland at 401 Eastern Ave opened shortly after. On October 1, 1958, the store at 2400 University Blvd, E., in the Adelphi Shopping Center opened in Adelphi, Maryland, and even after being gutted by a fire in 1994, remained a Shoppers Food Warehouse until its closure in spring 2011.

The Herman brothers opened the first Shoppers Food Warehouse in 1978 as a foray into the warehouse supermarket business. The original concept brought the Washington area its first non-membership chain in the area to offer an expanded selection of large-packaged (or “warehouse-sized”) products at a lower, bulk price. Shoppers eliminated all but two to three sizes of each product, to allow a greater selection of different brands on a typical shelf, and to further lower prices. Using warehouse shelving and leaving packaged goods in their boxes on the shelves. The reduction of retail labor also allowed a much lower price to be passed to the consumer. Since changing hands from the company founders, it has developed into a more conventional supermarket model with more conventional pricing.

In April 1998, Richfood Holdings Inc., a regional wholesale distributor, purchased Shoppers Foods. SuperValu acquired Richfood Holdings in 1999, in part to acquire the Shoppers brand, which was by then the third largest supermarket chain in the Washington, D.C. region in sales and volume.