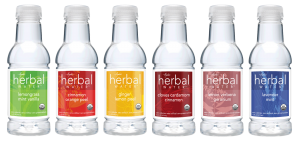 According to Every Day with Rachael Ray’s August edition, Ayala’s “Cinnamon and orange extracts give this grown-up pick a pleasant, spicy-floral twist – without adding calories.” One taster offered glowing praise: “Refreshing! Tastes like fresh orange slices and cinnamon sticks.”

Year-to-date, Herbal Water saw exponential growth in sales compared to the same period in 2010. Herbal Water recently launched a Sparkling Ayala’s Herbal Water line which has opened many new retail opportunities that will further expand the brand’s emergence to a wider audience.

Herbal Water Inc. was founded in 2007 with a core principle that both wellness and great tasting refreshment can come from the same source – natural ingredients such as herbs. All Ayala’s Herbal Water® beverages are made from an infusion of USDA Organic herbs and contain zero su