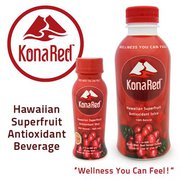 Kalaheo, Hawai’i (January 19, 2012) — KonaRed has achieved a major victory and milestone in its fight against the unwarranted lawsuit brought against the company by VDF Futureceuticals. On January 11, 2012, the USPTO (United States Patent and Trademark Office) issued an office action rejecting all claims of all three VDF patents at issue in the VDF vs. KonaRed litigation. Previously, on December 27, 2011, the United States District Court for the District of Hawaii issued an order staying proceedings and administratively closing the case, pending the decision of the USPTO.

The USPTO Examiner accepted KonaRed patent attorney’s suggestion that all VDF claims be rejected on the basis of novelty, and also accepted the suggestion to reject those claims, in the alternative, on the basis of obviousness. The USPTO Examiners appear to view many aspects of the VDF claims as obvious and well known in the art. Thus, VDF will have to overcome both novelty and obviousness rejections to avoid invalidation of their claims.

“The irony in this lawsuit” said Steven M. Schorr, co-founder, CSO/COO of KonaRed, “is that KonaRed was never infringing upon the alleged patents of VDF. However, VDF never bothered to inquire as to this issue, instead they used patent litigation as a means of inhibiting competition as their business strategy.” Company co-founder and CEO Shaun Roberts added, “We have always competed fairly in the marketplace based on a superior product, innovation and aggressive sales and marketing of our products, including our flagship product the KonaRed Hawaiian superfruit antioxidant beverage.”

KonaRed will continue to defend itself aggressively and invites all customers who were concerned about the litigation to contact them. Mr. Roberts continues, “KonaRed is the best superfruit antioxidant on the market, with the highest ORAC and bio-availability available, and with the tremendous marketability of the Kona, Hawaii region.”

KonaRed is powered by the fruit (no beans, ever!) of the world-renowned premium Hawaiian, estate grown, Kona Coffee plant on the slopes of the Haulalai Volcano on the Big Island of Hawaii. KonaRed’s coffee fruit is handpicked at the height of nutrient power, when the fruit is red, ripe and at its peak of freshness. KonaRed’s Wellness Beverages have a delicious Red Berry Taste, are 100% natural, safe for all and easily consumed. KonaRed™ is available in bold 16 oz. bottles in Original and Coconut Water varieties and 3 oz. wellness shots in select grocery, convenience and health food stores in Hawaii, California, Washington, Oregon, Idaho, Utah and Montana including Costco, Whole Foods, Sprouts/Henry’s, Bristol Farms, Safeway, Albertsons, Foodland, CVS and many fine independents. Suggested retail price is $3.99 for the 16-oz bottle and $2.99 for the 3 oz. wellness shots. Additionally, consumers can purchase the product by contacting KonaRed™ at 808.212.1553, or by visiting www.konared.com.