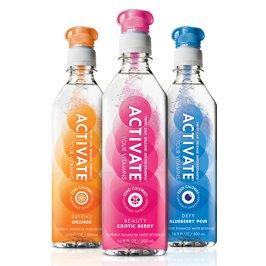 Just a few months after reassuming control of Rising Beverage Company, the marketer of Activate Drinks, co-founder Anders Eisner announced the sale of the cap-dispensing brand. In a brief statement, Eisner, who launched Activate nearly nine years ago, wrote that Unique Beverages (USA) has purchased the brand. Unique Beverages is a newly created American subsidiary of a Canadian beverage company, and Eisner stated that “the transaction will accelerate the growth of Activate Drinks internationally.”

While terms of the deal were not disclosed, Eisner told BevNET that the sale had been in planning for “several months.”

The acquisition follows a seven-month whirlwind for Activate, beginning in December when Eisner acquired all financial interest in the brand from primary investor Tata Global Beverages, a subsidiary of Indian global conglomerate The Tata Group, and other investors, including his father, former Disney chief Michael Eisner. Since 2010, Tata had invested millions in Activate and by August, 2011 owned over 43 percent of its parent company.

Last year, however, Tata was reported to have ceased new investment in the brand, leaving then president Reza Mirza to find new financing for the company, amid a deep push into metro-New York and the Northeast. Activate was also in the midst of a major marketing initiative, one intended to spur awareness and education of its products, which dispense vitamins and other ingredients from its cap into a bottle of plain water.

Mirza departed Activate upon the return of Eisner, and while the company gained some momentum from distribution deals with grocers Safeway and Stop & Shop, Eisner stated in February that sales efforts would be re-focused on Southern California, the brand’s top-selling market. At the time, Activate had reduced its East Coast staff to a single employee, yet Eisner stressed that the company “definitely [had] no plans on pulling out” of the region.

In his statement regarding Unique’s acquisition of the company, Eisner wrote that “I am happy to pass the torch to a passionate group of brand builders and look forward to continued growth for the ACTIVATE brand” said Eisner. “I’m sad to say goodbye, but also excited about my future plans.”

Those plans include a new food company that Eisner will launch in collaboration with Jesse Merrill, who had been the vice president of marketing for Activate. While Eisner declined to offer any details about the venture, the statement noted that the pair has “swift plans” to form the company “in the coming months.”

Editor’s note: An earlier version of this story incorrectly included information about Unique Beverage Co. as the acquirer of Activate. We regret the error.