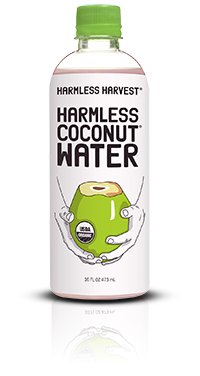 Coconut water company Harmless Harvest will temporarily halt bottling products due to concerns by the U.S. Food and Drug Administration (FDA) over the safety of processing methods used in the company’s Thailand facility.

The company, which for several years marketed its product as “raw”, has long leaned on high pressure processing (HPP) and proprietary processes shared with the FDA to ensure the safety of its products. But a recent warning letter from the FDA to the San Francisco-based company indicates that no longer may be enough.

In a letter dated Nov. 13, William A. Correll Jr., director of the Center for Food Safety and Applied Nutrition’s office of compliance, informed Harmless Harvest of several “serious violations” of the juice Hazard Analysis and Critical Control Point (HAACP) regulations, relating to its ability to eliminate potentially hazardous spores through microfiltration at its Thailand processing facility.

“Our review of the information and documentation provided by your firm reveals that the coconut juice products manufactured by your firm and offered for entry into the United States are processed in a manner that does not comply with the juice HACCP regulation, 21 CFR Part 120,” wrote Correll.

Among the violations listed in the letter is the claim that Harmless Harvest’s HAACP plan does not adequately demonstrate a 5-log reduction of spores of Cholostridium Botulinum, which can cause botulism.

Harmless Harvest’s recently appointed CEO, Gianella Alvarez, addressed the issue in a statement published on Harmless Harvest’s website, saying the company is currently working alongside “FDA regulators, other oversight agencies and expert consultants” to make “process enhancements” that will ensure compliance with the FDA’s regulatory regulations.

“It is our privilege and responsibility to partner with all relevant agencies in providing compliant manufacturing and contributing to leading innovative and safe manufacturing technologies for a dynamic and shifting food industry,” Alvarez wrote.

“Alvarez echoed a similar sentiment in a call with BevNET Wednesday, saying that regulatory growing pains were par for the course for a company breaking new ground.

“[Harmless Harvest] has been a pioneer in many things, including technology, and when you bring innovation, that requires new regulation,” said Alvarez. “We have been working very closely with the FDA for many months and they have been a great partner.”

As the company works towards upgrading its facilities – part of which will be the addition of a new plant – Harmless Harvest will temporarily suspend its bottling operations in Thailand, Alvarez said. The company’s doing so in the winter months – Harmless Harvest’s slower season – to curtail any shortages of product that may result.

The pause caps a tumultuous year for Harmless Harvest, a company that has one of the best-selling beverages at Whole Foods and prioritizes transparency but nevertheless has kept some of its processes shrouded in mystery.

In late 2014 and early 2015, multiple shipments of unpasteurized frozen coconut water from Thailand that were affiliated with Harmless Harvest were stopped and held by FDA officials at the Port of Los Angeles. The company resumed shipping later this year. It also scuttled or delayed a pair of product lines, including a coconut meat yogurt and a line of teas. In the fall, it brought in professional leadership including Alvarez and COO Brad Paris, both CPG veterans, with co-founders Douglas Rubout and Justin Guilbert moving into innovation and product development roles.

In August, Harmless Harvest made the decision to remove the phrase “100% Raw” from its bottles, saying the U.S. Department of Agriculture’s “lack of legal definition or certification for the term” made it impossible for the company to certify itself as a raw product.